by Matt Toussaint:  This is a tricky question, to be certain.  And while there are many facets and nuances that will not be addressed here, the following article provides a basic framework for understanding what exactly shamanism is. 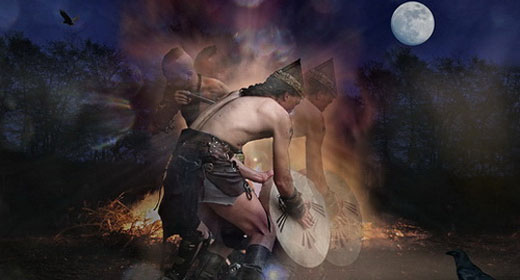 It is important to mention that there are many, many definitions and understandings of shamanism in the world.  Many traditions are active today with longstanding roots that claim to reach back thousands of years, perhaps even longer.  There are also hybrids of traditions, new traditions, modern shamanic practices, disciplines that incorporate shamanic elements, and all kinds of spiritual practitioners that are sometimes labeled with the term shamanism. And within all of this complexity, there are also many, many different kinds of beliefs and philosophies about what constitutes true or authentic shamanism.  So at the same time there is a multiplicity of shamanic practices, there is also a multiplicity of beliefs that surround those practices.

Because shamanism is based in experience and results, a clear definition of shamanism will hold true in and through experience, regardless of beliefs.  This leaves room for multiple ways of understanding shamanism without any particular way being held as right or wrong. Shamanism is understood and experienced differently by different people and under different circumstances.  The common element is not the content of what is understood, but the experience of the shamanism itself — this is what makes it “real” or “authentic”.

From one perspective, then, it can be considered irrelevant to attempt a single definition of something that resists it.  Fair enough.  But there is value in bringing integrity and coherence to an understanding of shamanism, if only to operate from within and by this clarity in definition.

So let’s start with a common, classical definition:  Shamanism is a system or practice led by a practitioner, the shaman, who willfully changes their state of consciousness from a normal state to an altered state in order to enact something, to perform a specific duty on the behalf of another person, community, group, etc.  Often, this altered state of consciousness is framed as a movement from this world to the spirit world.  It is in the spirit world where the shaman does his/her work, and it is here that the resolution or remedy to the situation is received and brought back to the normal world.

There are 3 main points implicit in this definition: 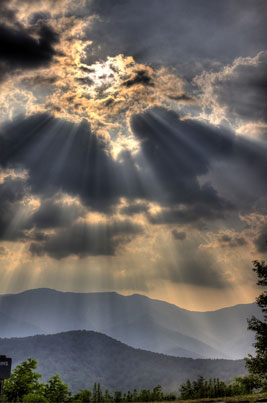 As mentioned prior, you will find many variations of this definition, but it is reasonable to say that this is an accurate rendition of how shamanism is commonly understood.While this definition may hold true, there are some ways we can redefine it into a more expansive and encompassing definition without departing too far from the understanding presented here.  The first point to consider is the concept of “normal” versus “altered” state of consciousness.  In order for this to have any validity, a normal state of consciousness has to be agreed upon.  When you really investigate this, it’s tough to nail down.  What is “normal” consciousness?  Is there any single state of consciousness that you can single out as “normal”?

For instance, let’s examine consciousness and how it moves throughout an average day.   When you first wake up, there is a period of time where you shift from sleeping to waking.  This whole experience is transitional, moving from one state to another.  Fully awake, let’s say you make and eat breakfast and perhaps drink some coffee or tea.  This also shifts your consciousness.  Anything that you ingest, eat or drink has an affect on consciousness, however dramatic or subtle.  Anything you do also alters and shifts consciousness.  In a single day you participate in many activities, all of which have a specific state of consciousness associated with them:  Driving.  Working in front of a computer.  Watching movies and listening to music.  Talking on the phone.  Interacting with others.  Mind altering substances.  Dancing.   Building things with your hands.  Eating and drinking.  Reading books.  Exercise and all kinds of physical activity.  Being outside.  Singing.  Ceremony.  Intimacy.  Daydreaming.  Remembering.  Thinking.  Laughing and crying.

The answer would have to be no.  And if there is no normal consciousness, the concept of altered states relative to normal states is no longer pertinent.  In the context of shamanism, the shaman is no longer understood as a guide from normal to altered states, but simply from one state of consciousness to another.  The entire flow of life is regarded as a movement from one state of consciousness to another state.  The redefinition is simply:

A shaman is someone who guides themselves and others from one state of consciousness to another.  There is a tremendous amount of movement and fluidity in this definition.  The freedom to create and manifest unique expressions of shamanic practice without having to conform to specific or predefined forms is inherent and fundamental to the process.

In the same way, this redefinition also removes the duality of this world — the normal world — versus the spirit world.  So rather than understanding the spirit world as being something other, the experiences of the spirit world are considered expressions of consciousness that are part of this world.  The spirits that shamans work with are still regarded as such — entities or beings with certain attributes and capacities — but they are not understood as being from some other place.  Another way to say this is that the world is singular and it is experienced as states of consciousness through consciousness.  What would have been considered spirit or otherworldly experiences are still perceived through the same consciousness that also experiences this world.  Sure, the nature of these experiences may be peculiar, intense, frightening, seemingly outside of physical laws, etc., but they are still filtered through the nexus of awareness that is your consciousness.  And so what we are doing in shamanism is guiding and directing consciousness — with the help of spirits; understanding that spirits are accessible right here and now, in this world, this space, through your own consciousness.