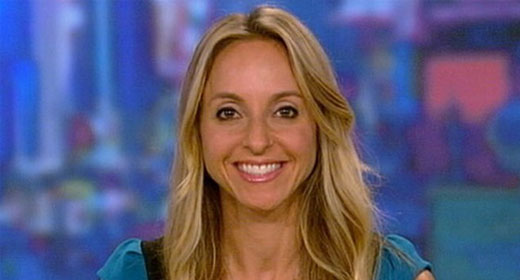 The lifestyle coach offers a six-week spiritual cleanse in her new book “May Cause Miracles,” and she shares her secrets to a healthier, skinnier new you in 2013.

1. Take it slow. You’re not going to become a gym rat overnight. “Don’t spend two hours in the gym, but do work out for 20 minutes to start,” she says. “Don’t take on too much at once.”

2. Daily repetitions make these little changes stick. “Do that 20 minutes of exercise every day to make the new behavior become permanent.”

3. Reframe your diet and fitness goals. “Rather than look at exercise as a chore you have to do, rephrase it as, I’m going to the gym to respect myself today.”

5. Jump around. “I have a mini trampoline in my house, and I jump on it for 10 minutes every day to get my body moving and my blood flowing,” she says. If you don’t have a trampoline, just jump up and down.

6. Strike a pose. “People think they have to spend an hour at the gym, but just do five downward dogs!” Bernstein says.

7. Invest in yourself. “Make sure you’re taking some ‘me’ time to replenish yourself,” she says, such as the Meditation Mani she’s created with Bliss Spa that launches Jan. 3. “Instead of reading your email while you get your nails done, you’ll be guided through simple meditation so you can use that half hour to slow down.”

8. Begin each day positively. “Don’t check your email as soon as you wake up,” she says. “Sit for at least one minute of stillness. Recite a positive affirmation, like, ‘I’m going to respect myself today.’ And avoid watching the news for at least an hour. You want to detox at the beginning of the day, before the chaos sets in.”

9. Take breaks at work. “Separate yourself from the computer for a five-minute walk down the hall.” This also doubles as exercise!

10. Break bad habits by social networking. “I got off of drinking coffee using Instagram,” she says. She posted a picture of her java substitutes her first 30 days quitting coffee cold turkey, and has continued marking her progress online. “Reaching out to the community kept me accountable.”