How Much Compatability Matters For Whether A Relationship Succeeds

by Ella Jameson: Finding the key to a successful relationship is a desire many have… 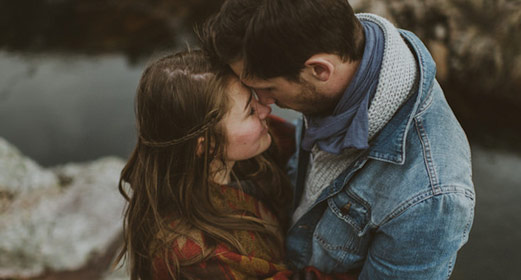 It’s fairly obvious though, that there is no one answer. Two relationships could mirror each other nearly perfectly, with one succeeding and one failing miserably.

There are no cheat codes that work every time, no fast fixes and no “golden” tips.

The importance of compatibility is an aspect that’s often brought up, and with the prevalence of online guides and tools meant to judge compatibility based on personality, star signs or even genes, it’s impossible to escape from the value society places on it.

So, just how important is compatibility to an enduring, happy relationship? How can it be defined? Is it as simple as having things in common and sharing interests and passions? Can two people who are opposites still be compatible?

Compatibility is made up of a multitude of things in different forms. Similar and dissimilar interests, personal views on what a relationship actually is, political and philosophical views, past history, class and cultural background are all aspects that can play a part in compatibility.

Based on this, it’s unlikely that a vicar and a pole dancer would enter into a relationship because many of their views and beliefs would be entirely opposed.

In the same way, an animal-loving vegetarian is unlikely to be compatible in the long-term with a hunter who works in an abattoir. They would probably actually repel each other.

However, while compatibility is an alliance of values between couples, it doesn’t mean people must be similar to get along. We all know the phrase “opposites attract,” and most of us can probably think of a few examples.

Two people can be worlds apart in terms of their likes and dislikes and yet still be able to have meaningful and often long-lasting relationships.

Differing views aren’t necessarily a bad sign, and within a healthy relationship, a couple should be able to debate and disagree without it being a significant issue. There’s also the argument that conflict is good for relationships as well.

One part of a healthy, lasting relationship that likely does depend on a similar viewpoint, is how people themselves see relationships.

We all have different views on time lengths, significance, marriage and children, and it’s pretty likely that if a couple has deep, conflicting views on these subjects, a relationship is unlikely to progress and succeed without someone changing his or her mind.

Psychology professor at the University of Texas, Ted Huston conducted a longitudinal study of married couples and claims that compatibility is overrated:

My research shows that there is no difference in the objective level of compatibility between couples who are unhappy and those who are happy.

But, the unhappy ones think compatibility is important to a good marriage – but don’t think they have it. People overemphasize the effect of personality or values.

And they underemphasize the extent to which easy, congenial temperaments aid marriages.

Chemistry is the other term that is believed to be integral to a lasting relationship. Chemistry can be seen as being the emotional connection that exists between two people, and it may differ for each couple.

For one person, chemistry may be the way a partner laughs at his or her jokes or the questions he or she asks; for another, it could be the nuances of the partner’s behavior that reacts positively with his or her own. Irrespective of how you perceive it, both parties usually feel instant chemistry.

Unlike compatibility, high levels of chemistry often come from contradictory qualities in people — as long as they are contradictory in a complementary manner.

Generally, a happy relationship that will last will possess both compatibility and chemistry. A relationship between two people who are compatible but lack chemistry may soon become tired.

Similarly, a couple that has explosive chemistry but is utterly incompatible may find that maintaining a relationship is just too exhausting. It plays out differently across relationships and is very much a two-side-of-the-coin type of deal.