In 42 Of the 50 biggest U.S. Cities, Rooftop Solar Is Now Cheaper Than The Grid!

by Michael Graham Richard: Pennies falling from the sky, you just have to pick them up… 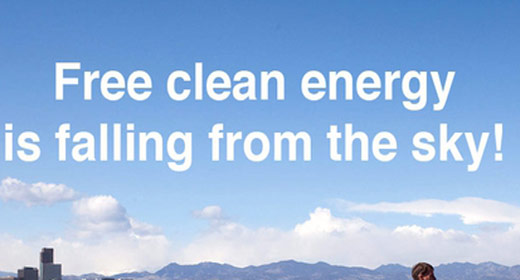 The price of electricity from the grid is going up over time and the price of electricity from solar panels has been going down rapidly for decades. It doesn’t take a crystal ball to divine what will happen. At some point, solar power will be cheaper than everything else, and only non-price related considerations will slow it down (thankfully,grid-scale energy storage is also improving fast). After all, the U.S. could power itself over 100x with just solar power, so it’s not like there’s a shortage…

A recent sign of the progress that solar is making in taking over the world: In 42 of the 50 biggest U.S. cities, home to about 21 million single-family homeowners, solar power is now cheaper than electricity from the power grid.

Above is a map that shows the solar potential of the US. Some of the sunniest regions overlap with expensive grid power, which is why many of the top cities are in California (San Diego and Fresno, for example).

Now, for many of us, money might not be the primary reason to switch to clean energy. But it can’t hurt even those who do it for other reasons, and for a lot of people who don’t pay much attention to things like air pollution and climate change, saving money is a great selling point (literally). Solar panels last a long time and there’s no “fuel” cost – you get this wonderful clean energy that falls from the sky – so you are basically saving money on your utility bill every month for decades. Hard to ignore… Especially as solar keeps getting cheaper.