by Alicia Lu: Right now, London sits above a bunch of abandoned tunnels that are just waiting to be repurposed into something useful again. 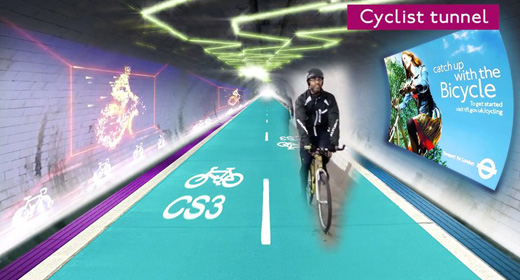 That’s where design firm Gensler comes in. The firm has proposed a project called The London Underline, which would turn London’s abandoned tubes into bike paths. Besides easing the city’s heavy congestion by allowing bikers to ride underground, the tunnels would also be used as community, retail, and event spaces — plus, it would  help reduce carbon emissions. As the winner of the Best Conceptual Project at the London Planning Awards, Gensler’s ambitious plan could change life in London as we know it.

In a promotional video for the project, a narrator points out:

London is expanding rapidly … as a consequence, transport infrastructure is under a lot of pressure.

The biggest issue affecting transportation? Traffic congestion. It’s a major strain on virtually everyone in London — drivers, pedestrians, and cyclists. But for the latter, it’s more than just an inconvenience. One cyclist featured in the video says:

The video then asks, “What if the answer is already here? Right underneath our feet.” That answer is The London Underline, which the firm calls the “world’s first self-sustaining subterranean transport infrastructure.” The infrastructure would be built using the city’s abandoned underground tube tunnels, stations, and reservoir chambers, spaces that currently sit empty and unused. 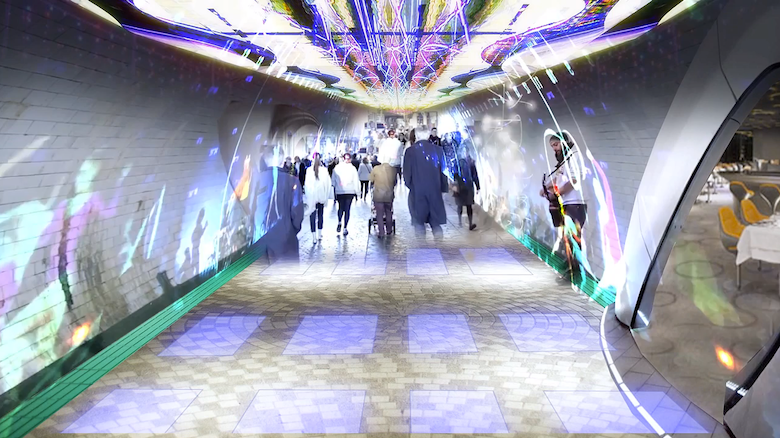 Now that London has reached the highest level of population in its history we need to think creatively about how to maximize the potential of our infrastructure. The adaptation of surplus and underutilized tube and rail tunnels could provide a quick and simple addition to our infrastructure network. 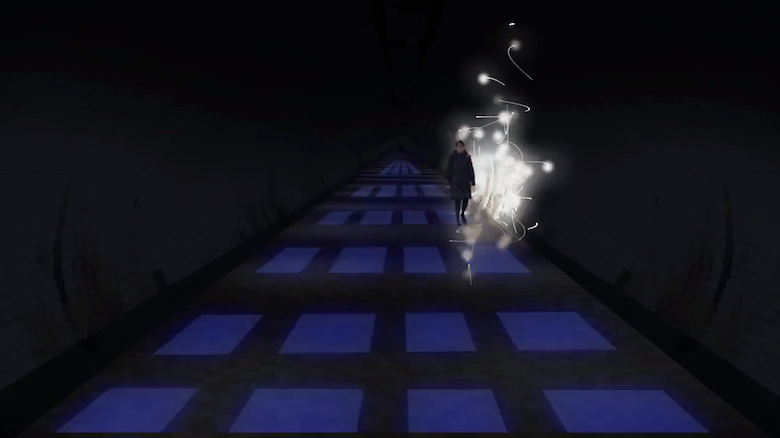 The firm plans to capture the kinetic energy created by walking to make the tunnels carbon neutral, which is the action taken to remove as much carbon dioxide from the atmosphere as is put into it. Tech company Pavegen, which turns wasted kinetic energy from footsteps into renewable electricity, consulted Gensler on the project. In other words, these tunnels would be self-sustaining, run on people’s footsteps, while leaving zero carbon footprint. 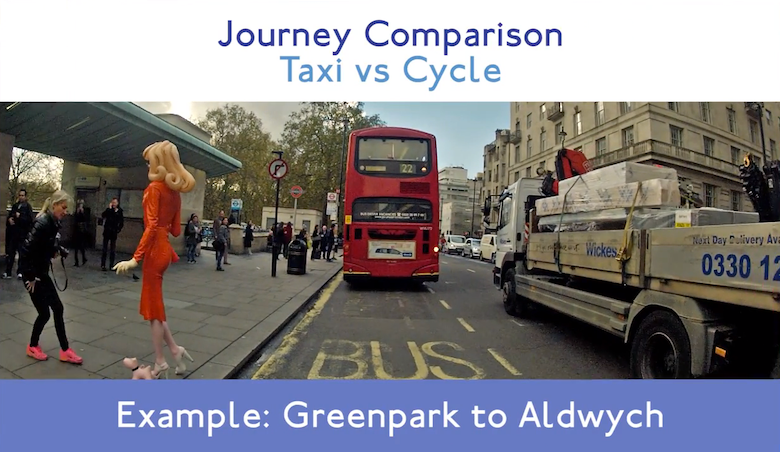 The promotional video compared the journey of a taxi driver through the streets and a cyclist using the underground tunnel. As you can imagine, the cyclist had much easier, less congested journey. 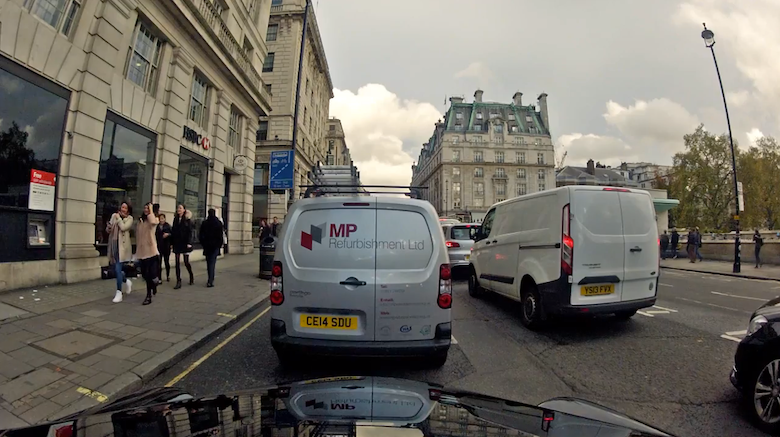 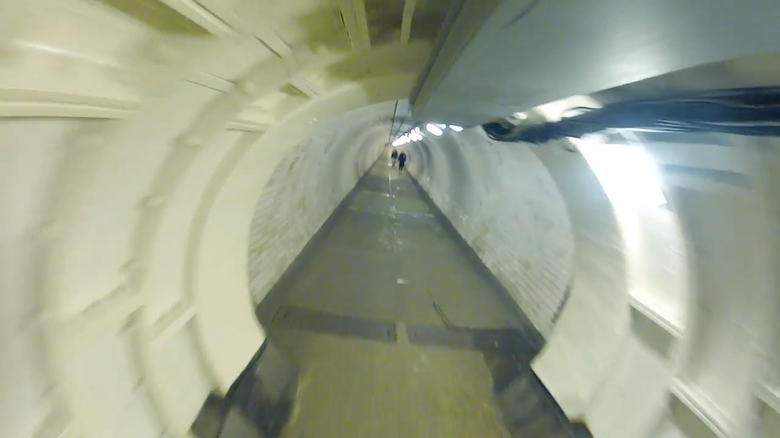 At the end of the cyclist’s journey, she goes into an elevator that takes her back up above ground. 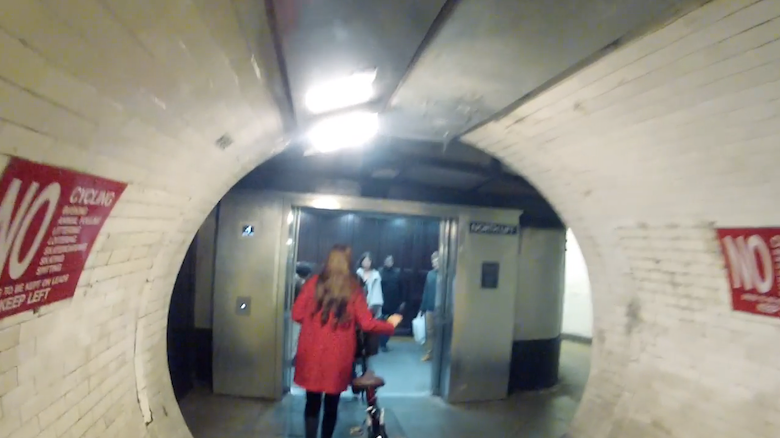 At the end of the taxi driver’s journey, the meter is at 24 GBP. 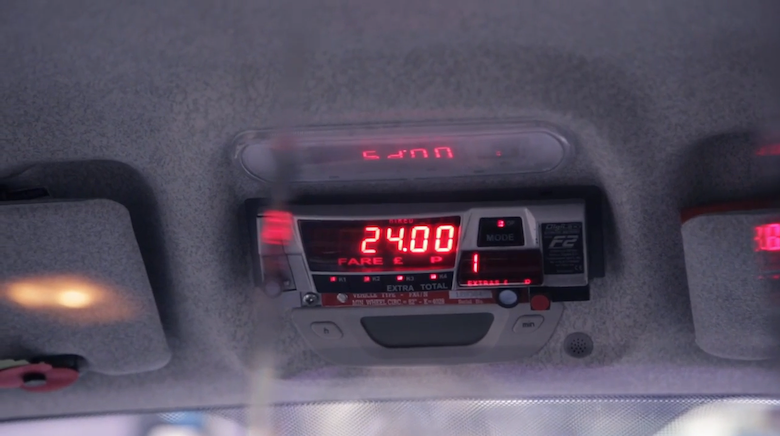 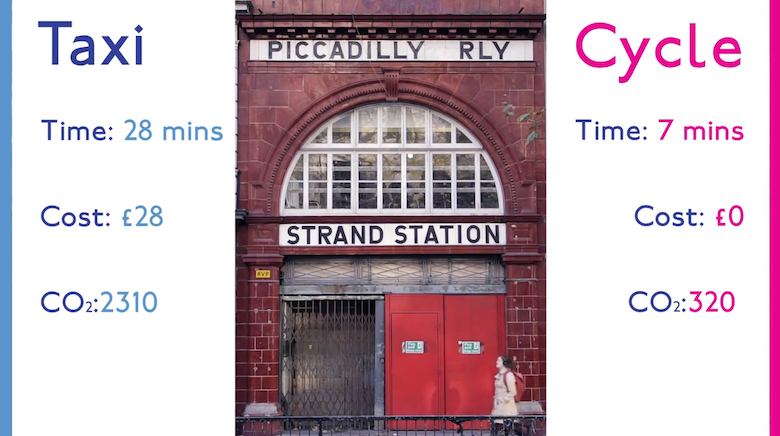 So what would these self-sustaining tunnels, which the firm notes will be safe, clean, and inviting, look like? Besides providing pathways for bike riders, they’ll also be walkways for pedestrians. 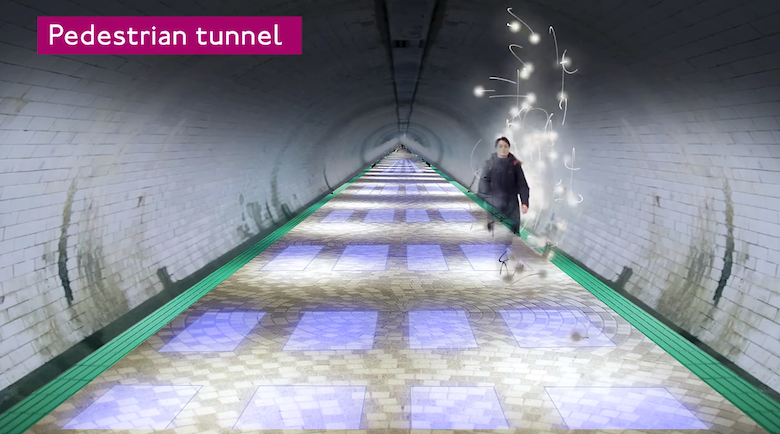 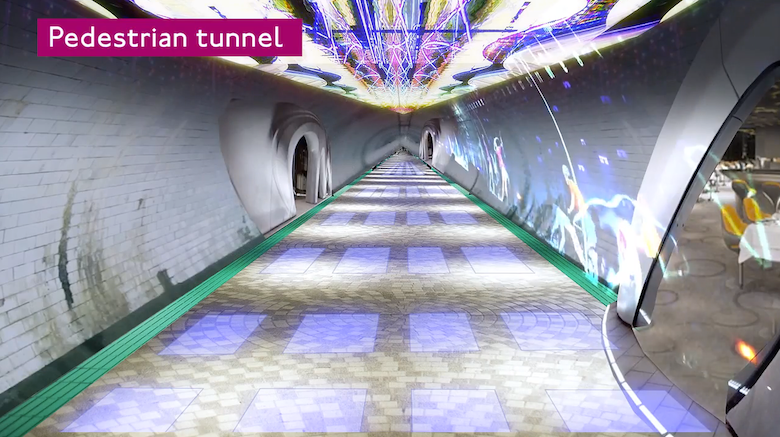 This is how the company envisions cyclists using the tunnels. 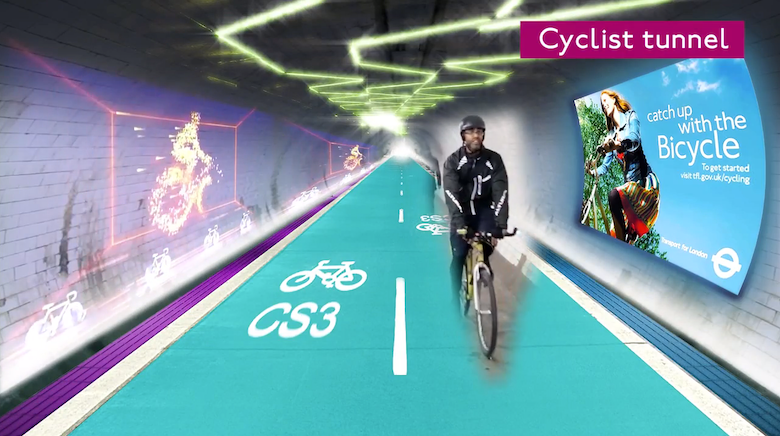 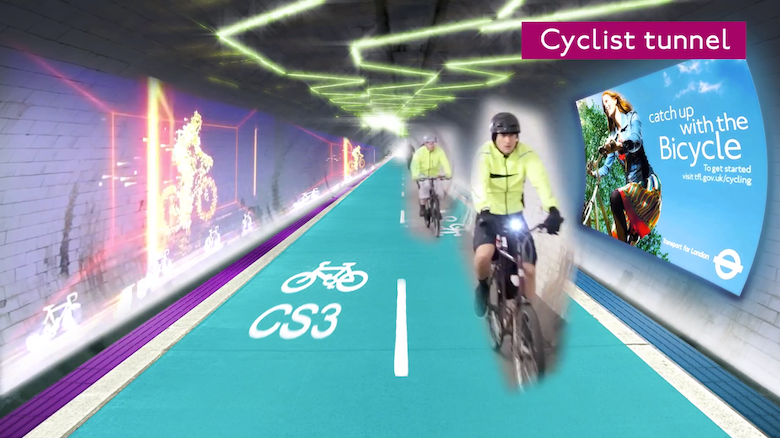 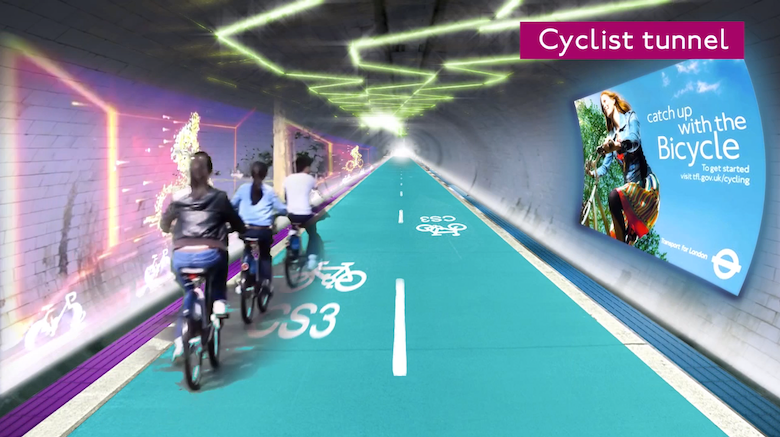 And, with enough public support, the tunnels can also become retail spaces, art and culture venues, and whatever else the community wants.

Though the London Underline hasn’t officially gotten the green light, and it’s difficult to predict, what a project of this scope would entail time and cost-wise, Gensler has already received major recognition for its project. On February 3, The London Underline won the Best Conceptual Project at theLondon Planning Awards, which was hosted by London Mayor Boris Johnson. If the mayor is convinced, it might not be long before the rest of London is on board.

Watch the video below.