Your Tesla Is About To Become Autonomous

by Maddie Stone: Earlier this week, we heard billionaire entrepreneur Elon Musk describe his vision for the future of self-driving vehicles… 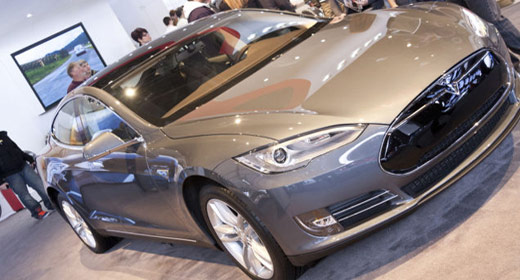 Turns out, when Musk said “we’ll be there in a few years,” what he actually meant was, his company, Tesla, will be there this summer.

On Thursday, Musk announced that Tesla’s Model S sedans would be receiving a software update this summer, one that’ll allow the cars to start driving themselves—at least some of the time—in a hands-free autopilot mode. You can think of your Tesla like a Pokemon—one day soon, it’s going to evolve, and suddenly, it won’t need you very much anymore.

However, your Tesla might still need you to help get it out of trouble with the authorities, because, as the New York Times reports, Musk’s bold move has raised some pretty serious legal questions. To wit, it’s not entirely clear that autonomous driving is actually legal just yet.

According to the New York Times:

Mr. Brauer said while a handful of states had passed laws legalizing autonomous vehicles, those laws were written to cover the testing of driverless cars, not their use by consumers.

“It’s not just a philosophical reason why automakers haven’t allowed their vehicles to drive themselves,” he said. “There’s a legal reason, too.”

Tesla, of course, is defending its autopilot system, saying that there’s nothing in the technology which conflicts with current regulations. Perhaps it’s more of a legal gray-area, like asteroid mining, an endeavor that Musk’s private spacefaring company SpaceX is also dipping its toes into.

In addition to autonomously driving itself on highways, your Tesla will be soon be summonable via smartphone and able to park itself in your garage. It’ll also receive new tools to help drivers monitor the status of charging stations, which is a good thing, because it seems we’ll have very little else to do.

Lest you fear that this is the beginning of the machine takeover, Musk assures us that it’s not. Even though the billionaire has warned that we might be “summoning the devil” with more advanced forms of AI, when it comes to autonomous cars, Telsa says we can all sit back, relax, and enjoy the ride. [New York Times]