The Ancient Science Of Astrology

by Carmen Di Luccio: Astrology is an ancient practice which is a combination of art and science, as it is both intuitive and technical… 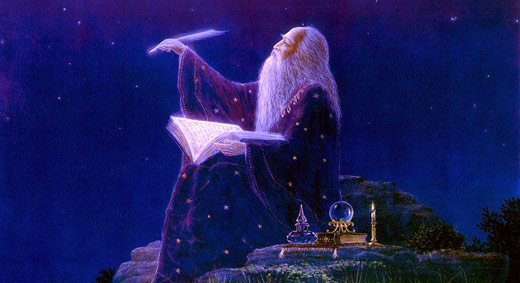 Based on the observation of the cosmos around us, it measures the energy influencing Earth and it’s inhabitants. It has been used for thousands of years by many different cultures and indigenous tribes across the globe, all of whom had their own systems of measurement. Generally speaking, astrology is based on the positioning of planets, stars, time of day, and the Earth’s orbit around the Sun.

More recently, many Western astrologers have also started factoring the orbit of asteroids into the equation. The positions of these heavenly bodies at one’s specific time and location of birth symbolize different themes and potentials for a person’s current human incarnation. This can all be drawn out onto a chart (known as a natal chart, see below) which can then be utilized as a “life’s blueprint.” This blueprint can be utilized to understand oneself better – a tool of great value for those on a spiritual journey towards self-actualization. It can also be used to forecast any period in a person’s life. These specific applications are what astrology is more commonly known for in modern times amongst open minded and spiritual people in the West, however, this science has many more applications than most people know of (which will be discussed further down in the article).

One of the arguments that some people make against astrology is that we have Free Will and therefore our lives cannot be pre-determined or fated. From the perspective of most modern astrologers this is partially correct. Their belief is that we do have Free Will, but it works within the parameters of the astrological conditions in a person’s natal chart combined with the astrological conditions of that period in time. While there can be some karmic fated themes and events (which can be measured with astrology) in our lives, it is up to one’s free will to decide how to work within them. To put it into perspective, everything that manifests in a person’s life is a result of how a person’s Free Will is co-creating with the astrological conditions.

Throughout history, astrology has been used by shamans, priests, masters, prophets, healers, royalty, politicians, emperors, health practitioners, wizards, witches, and spiritual gurus, as well as common folk in a variety of applications. This is widespread around the world amongst many different cultures. It has been used historically for guidance, forecasting, health, alchemy, magic, farming, and much more. The widely used farming guide, the Farmers’ Almanac (which has been in publication since 1818), is put together using astrological techniques with 80 – 85% accuracy in predicting the weather. In our present day it is believed that the global elites (Illuminati, etc.) use astrology for guidance, repositioning resources, black magic, as well as to strategically time specific actions. Many major corporations around the globe employ astrologers to help guide them in predicting upcoming trends, determining when to launch product lines, and overall in gaining perspective on how to manage other aspects of the company.  However, today the average person in the West is only aware of the Sun Sign horoscopes they read in newspapers and websites. An even smaller percentage of the average are actually aware that a whole chart can be casted specific to the person, based on their exact birth time and location. However, in countries like India, China, and Burma, they have their own systems of astrology which are widely accepted and used.

Indian Courts Rule That Astrology Is A Science

In February of 2011 a group in India filed a Public Interest Litigation at the Bombay High Courts which was aimed at prohibiting the use of astrology according to the Drugs and Remedies Act 1954, which bans false claims in advertisements. The judges rejected the application because of an affidavit by Dr. R. Ramakrishna,  a government deputy drug controller who said, “The Act does not cover astrology and related sciences. Astrology is a trusted science and is being practised for over 4000 years.”

This attitude towards astrology is more commonly seen in countries like India where it has been preserved and embedded into much of the Hindu culture. However, in the Christian-dominated West and in Islamic countries, it isn’t as widespread due to it being forbidden in the religious dogma. Before Rome became the Roman Catholic Church, many Romans were somewhat astrologically inclined and many of the state Emperors even viewed the planets and stars as Gods. The same goes for Persia, as the Zoroastrian religion that existed there before Islam was very astrological. However, eventually both the Christian and Islamic conquests forced entire populations of people to convert to these new monotheistic religions. They viewed astrology as a threat and persecuted those who practised it throughout the last 2000 years and still even today in some Islamic countries.

Ironically, Christianity and Islam are much younger than astrology and we should consider the fact that many previous religions embraced it. Ancient faiths and societies such as Egyptian, Babylonian, Greek, Roman, Zoroastrian, Arabian, Mayan, Aztec, Incan, Mithraism and Essenes took astrology very seriously and some even worshipped the Sun as a Supreme God. Some early Christians accepted astrology, and it is believed that three wise men who visited the supposedly newborn Jesus were Zoroastrian Magi who were practising astrologers. They simply knew of his birth due to their observations of the stars and planets. It wasn’t until hundreds of years later that astrology became forbidden by the newly formed Roman Catholic Church, in order to ensure their monopoly over people’s faith. Interestingly, there is much astrological symbolism integrated into Christianity (which is a whole other topic on its own). Astrology is at the core foundation of Christianity, yet people were later executed for practising it. The fact that monotheistic religions forbid astrology is why it is still sort of taboo in mainstream culture. However, due to the internet and the increasing awakening of humanity, astrology is starting to become popular again. Fortunately, these days those who practice astrology in the West no longer face persecution because the social landscape has become more inclusive. However, the persecutions of the past had lasting effects, which is part of the reason why astrology has not been integrated into society like it could be. As a result, most people haven’t had the opportunity to fully realize the potential of astrology.

Astrology and ‘The Age of Reason’

Another factor is that ever since the “Age of Reason” (17th Century), we’ve been living in a left-brained dominant society which has a hard time fitting astrology into the paradigm. Interestingly, the Age of Reason concluded the Renaissance, which was a period when astrology briefly flourished again. Astrology is a holistic science and therefore cannot be perceived by rational thought. As a result, the average citizen in the West considers mainstream rational science as the only valid source of knowledge. To conclude, mainstream science is absolutely valid but only as one that is solely based on reasoning with the material-physical world. On the other hand, astrology is a holistic science because it measures the underlying spiritual energy influencing the material-physical world.