Adyashanti The Indispensable Qualities of Awakening

by Adyashanti: In essence the entire spiritual endeavor is a very simple thing: Spirituality is essentially about awakening 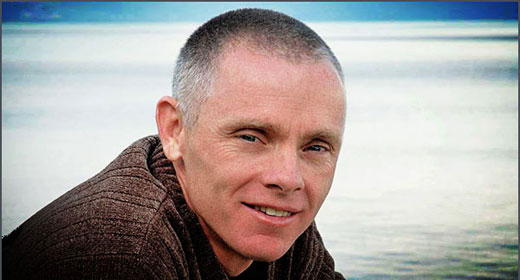 as the intuitive awareness of unity and dissolving our attachment to egoic consciousness.  By saying that spirituality is a very simple thing, I do not mean to imply that it is either an easy or difficult endeavor. For some it may be very easy, while for others it may be more difficult. There are many factors and influences that play a role in one’s awakening to the greater reality, but the greatest factors by far are one’s sincerity, one-pointedness, and courage.

Sincerity is a word that I often use in teaching to convey the importance of being rooted in the qualities of honesty, authenticity, and genuineness. There can be nothing phony or contrived in our motivations if we are to fully awaken to our natural and integral state of unified awareness. While teachings and teachers can point us inward to “the peace beyond all understanding,” it is always along the thread of our inner sincerity, or lack thereof, that we will travel. For the ego is clever and artful in the ways of deception, and only the honesty and genuineness of our ineffable being are beyond its influence. At each step and with each breath we are given the option of acting and responding, both inwardly and outwardly, from the conditioning of egoic consciousness which values control and separation above all else, or from the intuitive awareness of unity which resides in the inner silence of our being.

Without sincerity it is so very easy for even the greatest spiritual teachings to become little more than playthings of the mind. In our fast-moving world of quick fixes, big promises, and short attention spans, it is easy to remain on a very surface level of consciousness without even knowing it. While the awakened state is ever present and closer than your feet, hands, or eyes, it cannot be approached in a casual or insincere fashion. There is a reason that seekers the world over are instructed to remove their shoes and quiet their voices before entering into sacred spaces. The message being conveyed is that one’s ego must be “taken off and quieted” before access to the divine is granted. All of our ego’s attempts to control, demand, and plead with reality have no influence on it other than to make life more conflicted and difficult. But an open mind and sincere heart have the power to grant us access to realizing what has always been present all along.

When people asked the great Indian sage Nisargadatta what he thought was the most important quality to have in order to awaken, he would say “earnestness.” When you are earnest, you are both sincere and one-pointed; to be one-pointed means to keep your attention on one thing. I have found that the most challenging thing for most spiritual seekers to do is to stay focused on one thing for very long. The mind jumps around with its concerns and questions from moment to moment. Rarely does it stay with one question long enough to penetrate it deeply. In spirituality it is very important not to let the egoic mind keep jumping from one concern to the next like an untrained dog. Remember, awakening is about realizing your true nature and dissolving all attachment to egoic consciousness.

My grandmother who passed away a few years ago used to say to me jokingly, “Getting old is not for wimps.” She was well aware of the challenges of an aging body, and while she never complained or felt any pity for herself, she knew firsthand that aging had its challenges as well as its benefits. There was a courage within my grandmother that served her well as she approached the end of her life, and I am happy to say that when she passed, it was willingly and without fear. In a similar way the process of coming into a full and mature awakening requires courage, as not only our view of life but life itself transforms to align itself with the inner mystic vision. A sincere heart is a robust and courageous heart willing to let go in the face of the great unknown expanse of Being—an expanse which the egoic mind has no way of knowing or understanding.

When one’s awareness opens beyond the dream state of egoic consciousness to the infinite no-thing-ness of intuitive awareness, it is common for the ego to feel much fear and terror as this transition begins. While there is nothing to fear about our natural state of infinite Being, such a state is beyond the ego’s ability to understand, and as always, egos fear whatever they do not understand and cannot control. As soon as our identity leaves the ego realm and assumes its rightful place as the infinite no-thing-ness/every-thing-ness of awareness, all fear vanishes in the same manner as when we awaken from a bad dream. In the same manner in which my grandmother said, “Getting old is not for wimps,” it can also be said that making the transition from the dream state to the mature, awakened state requires courage.

Sincerity, one-pointedness, and courage are indispensable qualities in awakening from the dream state of ego to the peace and ease of awakened Being. All there is left to do is to live it.