Turmeric is a yellow-pigmented curry spice that is often used in Indian cuisine. But this spice is far more than a cooking staple. 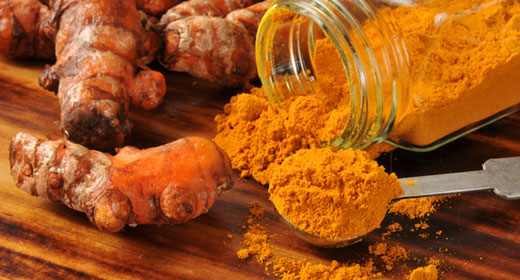 It also has a long history of medicinal use in traditional Chinese medicine (TCM) as well as Ayurvedic medicine.

Its benefits have since been well documented in the medical literature, and curcumin—one of the most well-studied1,2 bioactive ingredients in turmeric— has been found to promote health and protect against a wide array of health conditions.

It actually exhibits over 150 potentially therapeutic activities, including anti-inflammatory and antimicrobial activity, as well as potent anti-cancer properties that have been intensely studied.

What Makes Curcumin Such Potent Medicine?

Researchers have found a number of different mechanisms of action for curcumin, and part of the answer as to why curcumin appears to be such potent medicine is because it can:

As a result of these (and potentially other) effects, curcumin has the ability to benefit your health in a variety of ways, and prevent a number of different diseases. According to a study published in the Natural Product Reports6 in 2011, curcumin can be therapeutic for:

More specifically, studies8,9 that now number in the hundreds have shown that curcumin and other bioactive compounds in turmeric can:

Turmeric May Help Combat Alzheimer’s Disease and Other Inflammatory Conditions

Curcumin is capable of crossing your blood-brain barrier, which is one factor that has led researchers to investigate its potential as a neuroprotective agent for neurological disorders such as Parkinson’sand Alzheimer’s disease.12,13

The potent antioxidant and anti-inflammatory properties of curcumin suggests it may also promote brain health in general. In the case of Alzheimer’s, recent animal research14has discovered another bioactive ingredient in turmeric, besides curcumin, that adds to its neuroprotective effects.

“While several substances have been described to promote stem cell proliferation in the brain, fewer drugs additionally promote the differentiation of stem cells into neurons, which constitutes a major goal in regenerative medicine. Our findings on aromatic turmerone take us one step closer to achieving this goal.”

Curcumin may also be helpful. Previous research has shown that curcumin helps inhibit the accumulation of destructive beta-amyloids in the brain of Alzheimer’s patients, as well as break up existing plaques associated with the disease. People with Alzheimer’s tend to have higher levels of inflammation in their brains, and curcumin is perhaps best known for its potent anti-inflammatory properties. It can inhibit both the activity and the inflammatory metabolic byproducts of cyclooxygenase-2 (COX2) and 5-lipooxygenase (5-LOX) enzymes, as well as other enzymes and hormones that modulate inflammation.

Another common condition that can benefit from curcumin’s anti-inflammatory activity is osteoarthritis. Research16 published in 2011 found that patients who added 200 mg of curcumin a day to their treatment plan had reduced pain and increased mobility compared to the control group. Earlier research17 also found that a turmeric extract blocked inflammatory pathways, effectively preventing the launch of a protein that triggers swelling and pain.

Curcumin Appears to Be Universally Useful for All Cancers

Among the most exciting benefits of turmeric is its potent anti-cancer activity.18,19 Curcumin actually has the most evidence-based literature20 supporting its use against cancer of any other nutrient, including vitamin D! As noted by Dr. William LaValley—one of the leading natural medicine cancer physicians whom I’ve previously interviewed on this topic—curcumin is unique in that it appears to be universally useful for just about every type of cancer. This is odd, considering the fact that cancer consists of a wide variety of different molecular pathologies. One reason for this universal anti-cancer proclivity is curcumin’s ability to affect multiple molecular targets, via multiple pathways.

Once it gets into a cell, it affects more than 100 different molecular pathways. And, as explained by Dr. LaValley, whether the curcumin molecule causes an increase in activity of a particular molecular target, or decrease/inhibition of activity, studies repeatedly show that the end result is a potent anti-cancer activity. Moreover, curcumin is non-toxic, and does not adversely affect healthy cells, suggesting it selectively targets cancer cells—all of which are clear benefits in cancer treatment. Research has even shown that it works synergistically with certain chemotherapy drugs, enhancing the elimination of cancer cells.

Curcumin can also help you maintain a healthy digestive system, and may be useful against health issues caused by the bacterium Helicobacter pylori (H.pylori), such as gastritis, peptic ulcer, and gastric cancer. H. pylori is thought to affect more than half of the world’s population, and has been identified as a Group 1 carcinogen by the World Health Organization.21Traditionally, H. pyloriinfections are treated with antibiotics, but with rising drug resistance, such treatments are becoming increasingly threatened.

The good news is, curcumin may be a viable alternative. According to a 2009 study,22 curcumin has been shown to effectively stop the growth of H. pylori in vitro, regardless of the genetic makeup of the strains. In mice, curcumin “showed immense therapeutic potential against H. pylori infection as it was highly effective in eradication of H. pylori from infected mice as well as in restoration of H. pylori-induced gastric damage,” the researchers noted.

While turmeric is readily available in the spice section of any grocery store, it’s important to realize that if you’re looking for clinical results, it’s not enough to simply use turmeric in your cooking. The turmeric root itself contains only about three percent curcumin concentration, and curcumin is poorly absorbed by your body to boot. When taken in its raw form, you’re only absorbing about one percent of the available curcumin. Even in supplement form it’s unlikely to provide the results shown in various disease studies. If you want to use curcumin therapeutically, you can try one of the following three alternatives: