by Joanna Sugden: Uber Technologies introduces the option to pay in cash in India. 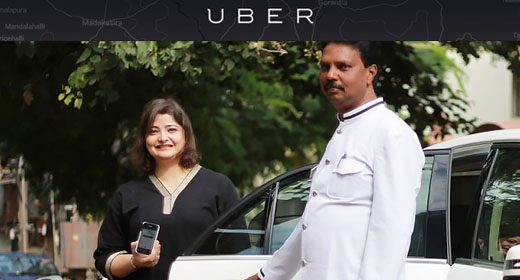 As it competes with local rivals that accept physical currency, Uber will start accepting rupee payments on Tuesday in the southern city of Hyderabad, the company said.

“Tradition dictates that cash plays a big role for Indian consumers,” Siddharth Shanker, general manager of Uber in Hyderabad, said in a statement.

Uber ran into trouble with India’s central bank in August over its payment method through local credit cards and was forced to introduce a two-step payment system to comply with the country’s rules on online transactions.

While Uber’s auto rickshaw booking service– UberAuto in Delhi–uses cash, all its other services in the more than 300 cities in which it operates are cash free.

“The objective is to take cash payments to more cities in India to begin with but there is no timeline for that,” a spokesman for Uber said.

Uber and companies like it have come under regulatory scrutiny in India after a woman alleged she was raped in December by the driver of a car booked through Uber in Delhi.

Following that alleged incident, transport officials banned Uber, Ola and other unlicensed transport aggregators in the capital and ordered them to apply for radio-dispatched taxi licenses.

While the applications are pending, the companies continue to operate in the city.