by Amanda MacMillan: Inflammation is part of the body’s immune response; without it, we can’t heal… 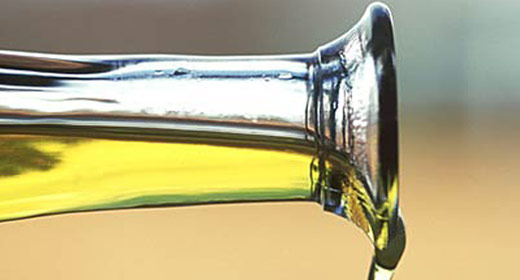 But when it’s out of control—as in rheumatoid arthritis—it can damage the body. Plus, it’s thought to play a role in obesity, heart disease, and cancer.

Foods high in sugar and saturated fat can spur inflammation. “They cause overactivity in the immune system, which can lead to joint pain, fatigue, and damage to the blood vessels,” says Scott Zashin, MD, clinical professor at the University of Texas Southwestern Medical Center in Dallas.

Other foods may curb inflammation. Add these items to your plate today.

Oily fish, like salmon, mackerel, tuna and sardines, are high in omega-3 fatty acids, which have been shown to help reduce inflammation. To get the benefits, however, you need to eat fish several times a week, and it should be cooked in healthy ways: In a 2009 study from the University of Hawaii, men who ate baked or boiled fish (as opposed to fried, dried, or salted) cut their risk of heart disease by 23% compared to those who ate the least. 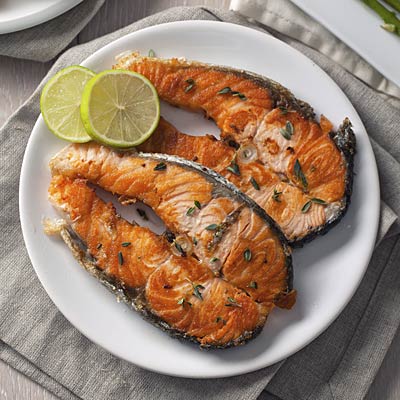 Consuming most of your grains as whole grains, as opposed to refined, white bread, cereal, rice, and pasta can help keep harmful inflammation at bay. That’s because whole grains have more fiber, which has been shown toreduce levels of C-reactive protein, a marker of inflammation in the blood, and they usually have less added sugar. 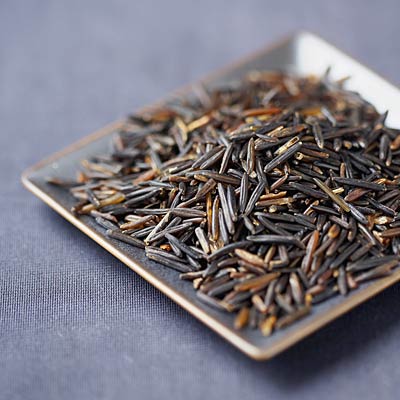 But a 2013 Harvard study found that not all products labeled “whole grain” are much healthier than their refined counterparts. To be sure you’re getting the benefits, look for foods with a whole grain as the first ingredient, and no added sugars. 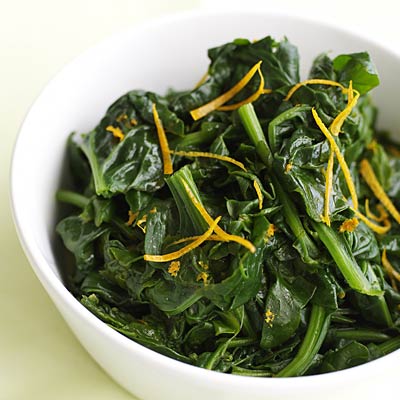 Studies have suggested that vitamin E may play a key role in protecting the body from pro-inflammatory molecules called cytokines—and one of the best sources of this vitamin is dark green veggies, such as spinach, kale, broccoli, and collard greens. Dark greens and cruciferous vegetables also tend to have higher concentrations of vitamins and minerals—like calcium, iron, and disease-fighting phytochemicals—than those with lighter-colored leaves. 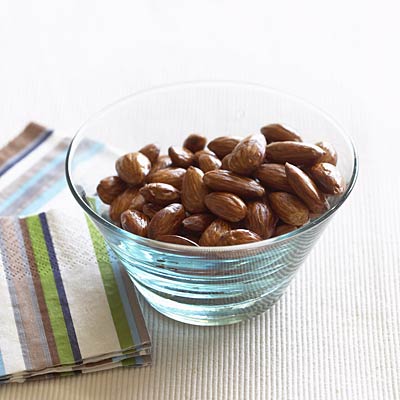 Another source of inflammation-fighting healthy fats is nuts—particularly almonds, which are rich in fiber, calcium, and vitamin E, and walnuts, which have high amounts of alpha-linolenic acid, a type of omega-3 fat. All nuts, though, are packed with antioxidants, which can help your body fight off and repair the damage caused by inflammation. Nuts (along with fish, leafy greens, and whole grains) are a big part of the Mediterranean diet, which has been shown to reduce inflammation in as little as six weeks. 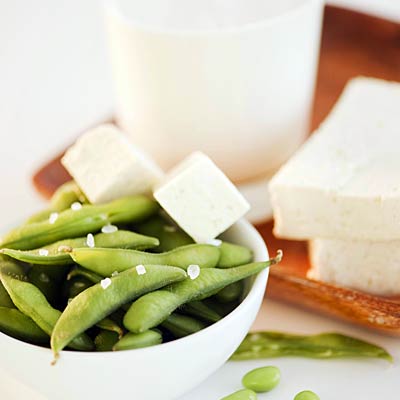 Several studies have suggested that isoflavones, estrogen-like compounds found in soy products, may help lower CRP and inflammation levels in women—and a 2007 animal study published in the Journal of Inflammation found that isoflavones also helped reduce the negative effects of inflammation on bone and heart health in mice.

Avoid heavily-processed soy whenever possible, which may not include the same benefits and is usually paired with additives and preservatives. Instead, aim to get more soy milk, tofu, and edamame (boiled soybeans) into your regular diet. 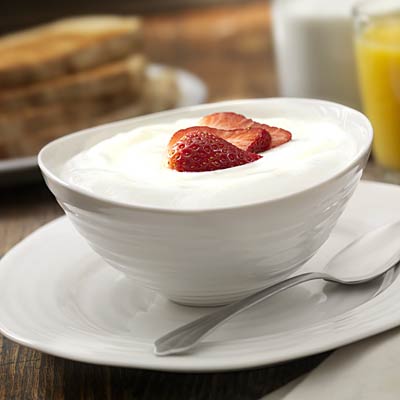 Milk products are sometimes considered a trigger food for inflammatory diseases like rheumatoid arthritis, because some people have allergies or intolerances to casein, the protein found in dairy. But for people who can tolerate it, low-fat and nonfat milk are an important source of nutrients. Yogurt can also contain probiotics, which can reduce gut inflammation.

“Foods with calcium and vitamin D, such as yogurt and skim milk, are good for everyone,” says Karen H. Costenbader, MD, associate professor of medicine and rheumatoid arthritis doctor at Harvard Medical School. In addition to their anti-inflammatory properties, she says, “it is important to get enough calcium and vitamin D for bone strength, and possibly reduction of cancer and other health risks.” 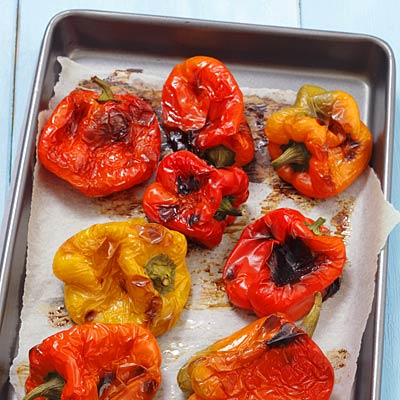 “Colorful vegetables are part of a healthier diet in general,” says Dr. Costenbader. “As opposed to white potatoes or corn, colorful peppers, tomatoes, squash, and leafy vegetables have high quantities of antioxidant vitamins and lower levels of starch.” Bell peppers are available in a variety of colors, while hot peppers (like chili and cayenne) are rich in capsaicin, a chemical that’s used in topical creams that reduce pain and inflammation.

Peppers, however, are nightshade vegetables—which some doctors and patients believe can exacerbate inflammation in people with rheumatoid arthritis. “What helps one person may be harmful to another,” says Dr. Zashin. “You just need to pay attention to your diet and your symptoms, and stick with what works for you.” 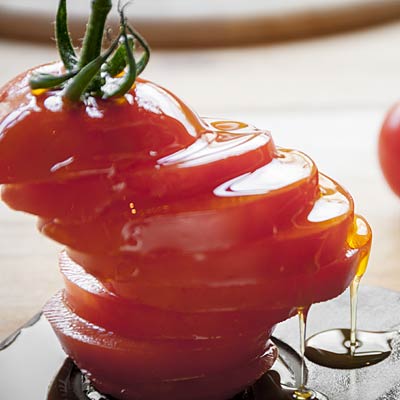 Tomatoes, another nightshade veggie, may also help reduce inflammation in some people. (Of course, Dr. Zashin’s advice about what works for you, individually, applies here, as well.)

Juicy red tomatoes, specifically, are rich in lycopene, which has been shown to reduce inflammation in the lungs and throughout the body. Cooked tomatoes contain even more lycopene than raw ones, so tomato sauce works, too—and a2012 Iranian study found that tomato juice consumption was also beneficial. 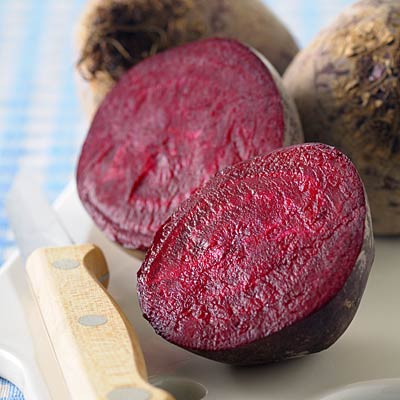 This vegetable’s brilliant red color is a tip-off to its equally brilliant antioxidant properties: Beets (and beetroot juice) have been shown to reduce inflammation, as well as protect against cancer and heart disease, thanks to their hearty helping of fiber, vitamin C and plant pigments called betalains. 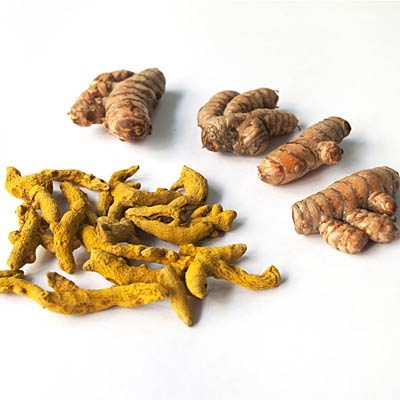 These spices, common in Asian and Indian cooking, have been shown in various studies to have anti-inflammatory properties. “While the evidence in terms of RA inflammation is not very strong, they are vegetables—and part of a healthy, vegetable-rich diet,” says Dr. Costenbader.

Turmeric, the ingredient that gives curry its yellow color, works in the body by helping to turn off a NF-kappa B, a protein that regulates the immune system and triggers the process of inflammation, researchers say. Its relative ginger, meanwhile, has been shown to reduce inflammation in the intestines when taken in supplement form. 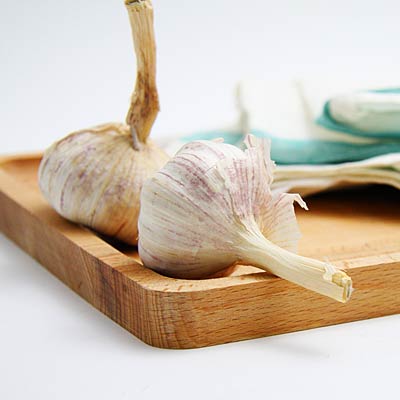 There’s a good reason why these pungent vegetables are known for their immunity-boosting properties. In test-tube and animal studies, garlic has been shown to work similarly to NSAID pain medications (like ibuprofen), shutting off the pathways that lead to inflammation. Onions contain similar anti-inflammatory chemicals, including the phytonutrient quercetin and the compound allicin, which breaks down to produce free radical-fighting sulfenic acid. 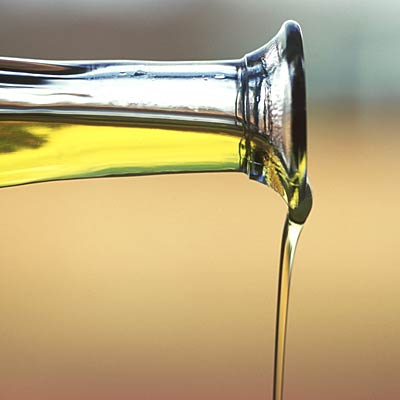 “Anything that fits into a heart-healthy diet is probably also good for inflammation—and that includes healthy, plant-based fats like olive oil,” says Dr. Zashin, author of Natural Arthritis Treatment ($13; amazon.com). In fact, a 2010 Spanish study found that the Mediterranean diet’s myriad health benefits may be largely due to its liberal use of olive oil, especially the extra-virgin kind. The compound oleocanthal, which gives olive oil its taste, has been shown to have a similar effect as NSAID painkillers in the body. 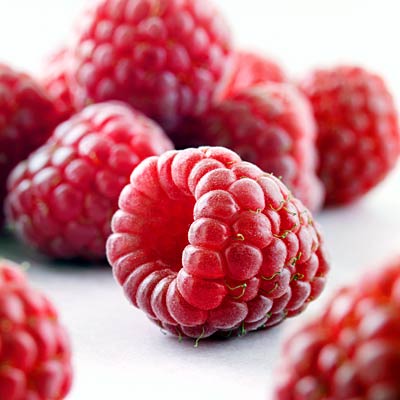 All fruits can help fight inflammation, because they’re low in fat and calories and high in antioxidants. But berries, especially, have been shown to have anti-inflammatory properties—possibly because of anthocyanins, the powerful chemicals that gives them their rich color.

Studies have shown, for example, that red raspberry extract helped prevent animals from developing arthritis; that blueberries can help protect against intestinal inflammation and ulcerative colitis; and that women who eat more strawberries have lower levels of CRP in their blood. 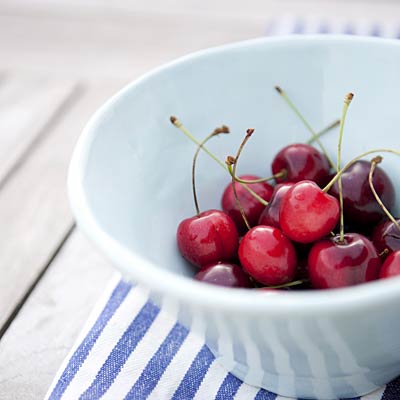 In a 2012 presentation, Oregon Health & Science University researchers suggested that tart cherries have the “highest anti-inflammatory content of any food.” Studies have found that tart cherry juice can reduce the inflammation in lab rats’ blood vessels by up to 50%; in humans, meanwhile, it’s been shown to help athletes improve their performance and reduce their use of anti-inflammatory pain meds.

Experts recommend eating 1.5 cups of tart cherries, or drinking 1 cup of tart cherry juice, a day to see similar benefits. And yep, they’ve got to be tart—sweet cherries just don’t seem to have the same effects.