A Note About Modern Sorcerers

by Théun Mares:  It may seem from the article on true knowledge versus sorcery that sorcery is old-fashioned hocus pocus, and that it has no real relevance to us today, 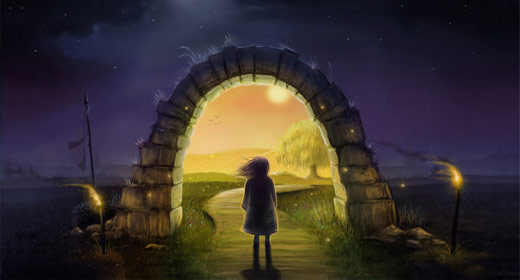 or to the lives of ordinary everyday people.  But do not be deceived – we may have moved on from the days of the old sorcerers and their weird practices, but the bottom line of sorcery has everything to do with controlling and asserting one’s power over others. Therefore practices of sorcery in vastly different guises run through the whole of society today. They may not parade under the name of sorcery, and they may not require elaborate rituals and strange clothes, but the fact is that the structures that are now in place in the world allow the power-hungry to manipulate and control their fellow beings far more subtly, and, sadly far more effectively.

Take any field of human endeavour, and you will find people who are motivated by greed, lust for power, and who will want to get ahead, to win at any cost. Look a little closer, and you may begin to see at least some of the techniques of control and manipulation that they employ to gain and then maintain their power over others.

A glaring example of this can be seen in the news media, controlled largely by a few, and so consistently towing their party line, and manipulating the public with “spin”, innuendo, half-truths and downright lies. But the same is true in any area nowadays in which people have access to power, whether it is the Church, the law, politics or even some so-called humanitarian agencies.

These principles are expressed clearly in The Toltec Teachings – Volume IV:

“Most people, even devout Christians, never come to realise that sorcery, in spite of old wives’ tales, is nothing more than a certain set of practices designed to manipulate others into doing one’s bidding. This is true, irrespective of whether a so-called shaman is using ritual in his attempts at casting a spell of misfortune upon his adversary, or whether a businessman is trying financially to manipulate a business opponent out of the market; whether a witch doctor is using herbs in attempting to heal a patient, or whether the lawyer of a criminal is relying upon his cunning use of words to pull the wool over the jury’s eyes.

Forceful manipulation remains the basis of all sorcery practices, no matter if the practitioner looks like a sorcerer or not, and no matter in what guise the practitioner wishes to dress his actions. It is just plain stupidity to believe that it is the dress of a sorcerer that makes him a sorcerer, or the fact that he uses strange sounding words in performing obscure-looking rituals, that gives him his power. What makes a sorcerer a sorcerer is his actions, and his motive for those actions.

Therefore realise that a judge in a court of law wears equally strange-looking garb, just as the technical jargon of law can sound strange to the uninitiated, but such dress and such jargon do not mean that all judges are sorcerers. However, should such a judge use his knowledge of law to manipulate a court case to fit his sense of justice, then he is indeed as much a sorcerer as any of those who openly profess to be shamans.”