The Evolution of the Shaman

by Matt Toussaint:    Shamanism is often considered one of the oldest forms of spirituality in the world. 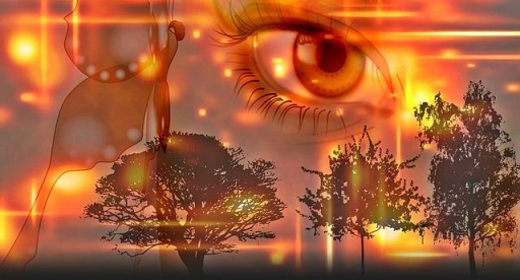 The word ‘shaman’ comes from the Turkic šamán, referring to a kind of indigenous Siberian religious (or spiritual) specialist.  Practices akin to those observed in ancient Siberia have been documented and experienced in many (if not most) cultures around the world, contemporary and ancient.  Because of these perceived similarities, the word ‘shaman’ has become an umbrella term that signifies a host of religious specialists and spiritual practitioners worldwide.

In traditional societies the role of the shaman was multifaceted.  Commonly recognized as persons of knowledge, the shaman held the simultaneous role of healer, spiritual guide, diviner, and ritual specialist.  Classically viewed as a mediator between worlds, the shaman sought and received guidance and knowledge from the spirit realm in order to solve problems and overcome conflicts found within human society.  One of the hallmark features of a shamanic practitioner is their ability to enter specific altered states of consciousness with the intent to access the spirit world and successfully return with whatever it was they were seeking — a healing method, a solution to a problem, knowledge, the whereabouts of something, a song, the answer to a question, guidance, etc.

This traditional or classical view of shamanism has grown and expanded to include a growing number of modern contexts, practitioners, and manifestations typically situated within the general matrix of alternative spirituality.  There has been an increasing movement in Western culture and society to re-birth or re-create a shamanism for the modern world.  Prior to this recent surge of interest in shamanism, Western culture considered shamanism backwards, psychotic, superstitious or simply irrelevant.  For many decades, even centuries, this widely held view of shamans and shamanism pervaded and persisted.  An unraveling of the Western narrative that ultimately wrote off shamanism can be summarized as follows:

Nevertheless, and despite the negative or inferior view held in common of shamanism and shamanic cultures (and perhaps because of it), the shaman has loomed large in the Western psyche from its inception.  Starting in the mid 20th century and continuing into the contemporary cultural-spiritual landscape, shamanism is now viewed as a key element relating something vital that Western culture lost and would benefit tremendously from getting back.  The view of shamans as backward, crazy, and irrelevant people living in a nostalgic past gives way to an understanding that holds shamans and their traditions in high esteem.  Shamans and shamanic cultures are now seen as more spiritually advanced and in touch with nature, their lack of technological amenity a liberating boon rather than impeding obstacle.  This perception by Westerners holds to the notion that shamanic cultures embody an archetype of everything that went amiss in the West during its march towards modernization.  This has led many people to seek out teachers, traditions, and shamans from indigenous cultures worldwide, from ancient Europe to Siberia to the Americas and beyond, in order to learn and ultimately bring shamanism back to the West.

The result is an ever growing and morphing “field” of contemporary shamanism that expresses its influence everywhere from hospitals and among medical professionals, to psychotherapy and mental health clinics; in churches and universities, filling shelves in bookstores and New Age shops; at cultural festivals and expos; and in the homes, offices, and places of interest for many people and practitioners honing a deeper connection to their spirituality and fulfillment in their lives.  How this will continue to grow and change is contingent upon and limited only by the hearts, minds, and spirits of this burgeoning shamanic culture in the modern world.