10 Reasons I Went Vegan (They’re Not What You Think)

by Ruby Warrington: When I stopped eating meat six years ago, it was because I watched Food Inc. and walked away disgusted with the mass meat production industry… 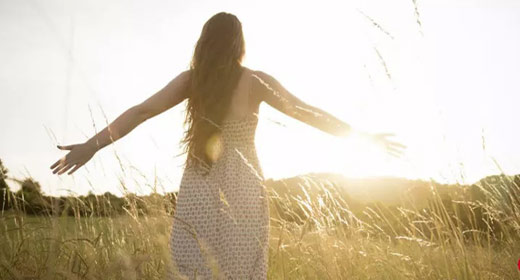 And lo, my digestion improved, I got a buzz from doing “my bit” for the planet, and within a year or so even the thought of chewing on a piece of charred animal flesh seemed oddly cannibalistic to me.

After I moved from London to New York in 2012, I stopped eating dairy because I started getting these dry, eczema-like breakouts on my face. Within two weeks they were gone.

Which only left fish and eggs.

Two weeks ago, I decided to take the plunge and go fully vegan. Here are the 10 things that finally swung it for me:

1. I cried watching that kid with the octopus on Facebook.

I defy your heart not to melt as he explains, “when we eat animals they die! These animals … you gotta take care of them.” You’ll want to be just like little Luiz and just eat the gnocchi instead.

Specifically the East Village, where joints like Caravan of Dreams, Angelica Kitchen and Souen (OK the last one’s macrobiotic so they serve fish, but the menu is 90% plants) make eating vegan downright delicious.

The experience is still a little on the crunchy side, but I’m just waiting for some hipster restaurateurs to get with the program and do it up plant-based style.

3. I watched Forks Over Knives.

This documentary is about the China Study, the largest ever human study into the health benefits of a whole foods, plant-based diet.

The filmmakers tell it straight: eat vegan to dramatically cut your risk of pretty much every major degenerative disease going, from heart disease, to diabetes, to cancer. This is the movie that inspired my first attempt at veganism two years ago. (I caved after two weeks.)

4. Beyonce said it’s how she stays in shape.

For lots of (I wanna say “most”) women, eating healthy goes hand-in-hand with wanting to stay a certain size, however messed-up and un-feminist that sounds.

Does the oft-quoted observation “there are no obese vegans” play a part in my decision? Absolutely.

5. I’m kind of obsessed with the perfect poop. (Please don’t freak out and stop reading.)

Like many others, I suffered from digestive issues for most of my adult life. This isn’t simply a minor annoyance that we just have to live with. It doesn’t feel normal and it’s a contributing factor in all sorts of other ailments. Since the vegan switch, let’s just say it’s been a total non-issue.

6. I listened to Dr. Ellsworth Wareham.

The 98-year-old vegan heart surgeon who was still practicing at age 95, when he was basically forced to retire.

After performing countless heart surgeries in his career, what is his one piece of advice for a long and healthy life? Avoid “flesh foods,” and you’ll pretty much be good.

7. I fell down the Netflix vegan rabbit hole.

Which, along with the other holistic practices I’ve been exposed to, has served to make me a more self-aware, consciously switched-on human being.

Thinking about my life, including my food choices, from a more soulful perspective has made it obvious to me that veganism is the only way forward.

Which only serves to remind me that my choice makes me part of a growing and increasingly vocal anti-meat movement.

See the backlash from their Instagram ads in the thousands of hilarious/angry commentators. Social media = (plant) power to the people!

This was the final straw. In her new book, 60-something (going on 30) Victoria Moran covers it all, from the extended youthfulness and extra energy vegans can expect, to the fact that animal agriculture contributes more greenhouse gas emissions than transportation.

And that’s how I ended up writing this while marinating some (non-GMO) tofu for my lunch. I honestly believe that one day we’ll put eating meat in the same category as smoking cigarettes.