Does Being Around Trees Help People Feel Good?

by Earth Talk: Recent research has shown that trees clean the air, and our feelings… 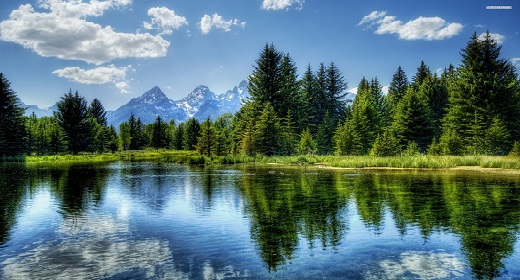 Recent research has shown that trees not only scrub pollutants from the air so we breathe easier, but also help make us feel better from an emotional standpoint as well.

Recent research has shown that trees not only scrub pollutants from the air so we breathe easier, but also help make us feel better from an emotional standpoint as well.

More recently a 2015 study from the Centre for Research in Environmental Epidemiology (CREAL) in Barcelona, Spain found that children exposed to more greenery—as measured by satellite imagery of their schools and neighborhoods—demonstrated better attention skills and memory development. While the association was partly mediated by reductions in air pollution, Mark Nieuwenhuijsen, one of the study’s authors, noted that he and the study’s other researchers don’t think it’s all air pollution: “I think it’s also some kind of direct effect… you see quite a beneficial effect of green space on mental health.”

Numerous recent studies have focused on the positive effects that exposure to trees and nature has on our mental health. A recent study published in the journal Nature combined satellite imagery, individual tree data, and health surveys from 31,109 residents of the greater Toronto, Canada area, and found that people who live in areas with higher street tree density report better health perception compared with their peers living in areas with lower street tree density.

“People have sort of neglected the psychological benefits of the environment,” says Marc G. Berman, an author of the study and professor of psychology at the University of Chicago. “I’m very interested in how the physical environment affects the brain and behavior.”

Such studies correlate to the “biophilia hypothesis” associated with German-born American psychoanalyst Erich Fromm and Harvard evolutionary biologist Edward O. Wilson. The hypothesis proposes that humans have evolutionary biological and psychological needs attached with the natural world. According to the book, The Biophilia Hypothesis, co-edited by Wilson and Yale social ecology professor Stephen R. Kellert, relentless environmental destruction could have a significant impact on our psychological and spiritual quality of life.

“Why do people bring flowers to the hospital all the time? Is it just superficial? Is it just a nice gesture, nice but not important? I would suggest that it is a much deeper recognition of the healing effects associated with affirming life,” Kellert told Yale 360. With over 80 percent of Americans living in urban areas, this newer research implies an indispensable need for growth and implementation in urban tree planting, urban greening and biophilic design in educational institutions and places of business for enriched physical and mental health.

EarthTalk® is produced by Doug Moss & Roddy Scheer and is a registered trademark of Earth Action Network Inc. View past columns at: www.earthtalk.org. Or e-mail us your question: earthtalk@emagazine.com.