‘Dying to Know’: An Intimate Look At Timothy Leary And Ram Dass

“Dying to Know: Ram Dass and Timothy Leary” is a love story, but not in a physical sense; instead, the love here thrives in the spiritual realm, 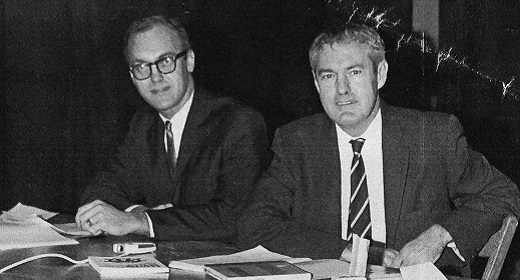 an intimacy that makes this biographical documentary quite appealing.  Leary and Richard Alpert (who later would become Ram Dass) were part of the Harvard psychology department in the early 1960s when they began experimenting with psychedelics as a way to reach higher levels of consciousness. Eventually, they would take vastly different paths — though those paths would lead them to some common spiritual ground.

After Harvard, Leary transforms into the LSD guru, and his catchphrases (“Turn on, tune in, drop out” and “Think for yourself and question authority”) serve as mantras of the counterculture movement. He also enrages Richard Nixon and lands in prison. Alpert, meanwhile, becomes spiritual teacher Ram Dass, influencing millions with his book “Be Here Now.”

Director Gay Dillingham deftly weaves in both of the men’s stories, using Leary’s impending death in 1996 as the main narrative thread. In excellent footage showing the pair in their later years, the historical giants come off like a long-married couple. They agree that death should be a celebration, not something to be feared. That death is a major step in unraveling the mysteries of the universe.

Throughout the film, we get a much better sense of Leary’s personal life (five marriages, a few kids) than that of Alpert. Ram Dass alludes to earlier struggles with his homosexuality, but the issue seems glossed over.

Overall, though, “Dying to Know” is upbeat and fun to watch. It has beautiful, dreamy graphics, too. We can feel the bond that these two men had for each other — and it makes for a genuine love story.