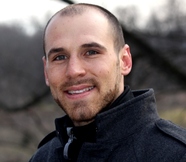 Matt has been studying shamanism for the past 13 years.  His shamanic path began after a sudden spiritual awakening that brought him into contact with the spirit world. This awakening changed everything that he thought and experienced life to be.  Until this time he did not consider himself a spiritual or religious person.  This marked the beginning point of his shamanic journey, and continues to inform his path to this day.

After a period of spiritual exploration, Matt realized that this awakening amounted to a shamanic initiation.  Shamanism was the only thing that made sense to him, and that could also explain what he was personally experiencing.  He began to study and practice on his own, reading and exploring whatever he could find in the shamanic literature.  He focused his college studies on shamanism, receiving a BA in Anthropology with an emphasis on shamanism in the modern world.

In the winter of 2007, he had a vision that instructed him to go to Peru to seek out and participate in a series of shamanic ceremonies.  The following May he went to the Peruvian Amazon, and during the first ceremony he was visited by spirits who showed him that he would formalize his shamanic training here, under the guidance of the master shaman leading the ceremony.

After returning to the Amazon several times over the next few years, Matt was formally accepted to study with Maestro Hamilton Souther. In late 2014, Matt moved to Peru full-time to continue his training. Prior to moving to Peru, he has served as a Master Guide with Modern Shamanism, a wilderness ceremonial leader, led a series of live-streamed shamanic ceremonies and teachings, and maintained a private practice in the Los Angeles, CA area.

Beyond the Ground: An Esoteric Lesson in Grounding

Desert Dreams: Lost and Found on an Ancient Road

The Evolution of the Shaman