The Amazing Spiritual Nature Of Breasts 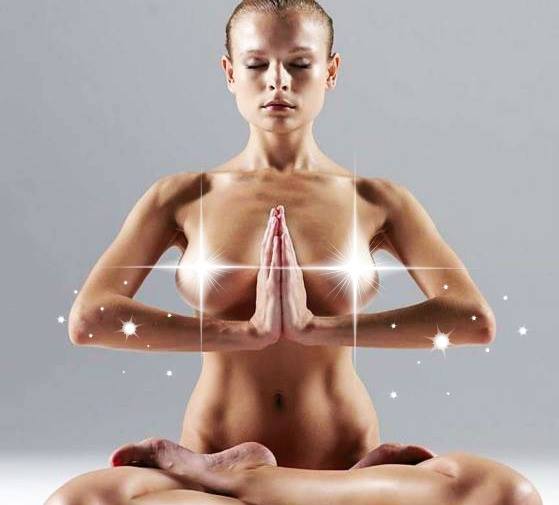 Perhaps this topic has been brewing for quite a while and perhaps it is a small piece of a larger tapestry being woven within our cultural discussion of the rightful place of the feminine essence on our planet; and what could be more quintessentially feminine than breasts?

I believe what inspired my desire to write about this hot topic was an article that was circulating the online sphere recently about the sacred origins of ‘twerking’.  That’s right, twerking… as sacred.  The author explained that the dance movements our culture widely refers to as twerking find their roots in ancient African dance movements which were not considered raunchy or objectifying but were a beautiful expression of the movement of energy through the human body.  The article went on to explain that hip- and butt-intensive dance rhythms are healing and health-perpetuating for the female reproductive organs, the first three chakras, and are beneficial to sexual health.

Similarly, breasts are a part of the female body that have long been hypersexualized, objectified, fetishized, and equally shunned and shamed- two sides of the same coin, rather than being truly understood and respected.  Yet the breasts are such a beautiful feminine feature that they deserve to be appreciated in wholeness.  There are many functions and features about breasts to be marveled at.

Breasts are the ultimate symbol of natural human nourishment.  If we just look at the role breasts play in feeding and nourishing babies alone, we could have an entire article.  When a baby is born it is natural that he be immediately laid on his mother’s bare chest.  Did you know that female breasts can each independently thermo-regulate themselves in order to regulate the temperature of a baby to the exact perfect degree of warmth?  Not only that, but a breastfeeding mother’s milk will take cues collected from the interaction between the baby’s mouth and the mother’s nipples and fine tune the specific immunological and nutrient factors present in milk on an ongoing basis throughout the course of the entire breastfeeding relationship whether that be a few months or many years.

The energetic implications of the nourishment given by breasts is also very beautiful.  Notice first the position of breasts on the female body.  Breasts are exactly in line with the heart center.  When a baby feeds from her mother’s breast, she draws auric or in other words electromagnetic energies from her mother.  According to physicist and healer Barbara Ann Brennan, until the age of 7, a child’s chakras have not fully formed and have no protective filters like adult chakras do.  Little children need energetics from the fields of their caregivers to nourish and protect their own energies as their energy systems are developing.  For a person with acute psychic vision, watching a child lay her head on her mother’s breast for comfort or seeing a baby feed from the breast, it would look like a stream of love energy flowing into the field of the child.

Breasts are the first and most fundamental and foundational form of energetic, emotional, and nutritional human nourishment.  Perhaps a lack of normal mother/child bonding could be a factor for why so many people in our culture are obsessed with breasts in an imbalanced way.

I recently heard a woman refer to her breasts as her ‘chest eyes’.  While she was joking, the phrase struck me and I continued to think about it.  The chakras of our bodies could be seen as a kind of eyes.  Each chakra is an energy metabolizing station that processes input and output from its own unique yet synergistic perspective.  So we could understand it as an eye in that it is a window we possess within us with which we perceive the ‘outside’ world.

There are chakra centers in the centers of each breast as well- right in line with the nipples.  This is why you will find that in tantric sexual traditions it is understood that, among other locations throughout the female’s body, the nipples and breasts are literally energy generators; like a pyramid.  Through stimulation breasts can generate a great deal of ecstatic energy which can then be channeled to orgasm for the purpose of mindful energy work or simply lovemaking.

Beyond just sexual implications though, the nipples and breasts are extremely sensitive regions and as such they receive, sort, and convey very finely tuned information- hence why ‘eyes of the chest’ would make sense.

Modern female undergarments such as bras with under-wires can be very suffocating and unhealthy for the very sensitive nature of breast tissue.  They can block the flow of information to and from the breasts and can alter lymphatic movement in the armpit and breast area.  It is no coincidence that breast cancer is so rampant in our culture. Our physical, intellectual, and spiritual treatment of the breasts and female body imposes a heavy shadow on the female body consciousness, not very often inviting its liberation.

We could all think of countless jokes or instances where the hardness or softness of ones nipples (male or female) clearly indicates the emotional state of the person- particularly arousal.  Arousal though, does not necessarily indicate sexual arousal in an explicitly erotic sense.  Arousal in general is intrinsically related to sexual energy.  Sexual energy is life force and creative energy itself.  The only difference between creative life force energy that channels to sexual activity and that doesn’t is the manner in which the energy is channeled.  With intention, that same energy that registers as a pleasurable sexual sensation in the bottom two chakras could be channeled into art, performance, energy work, etc.  This is the basis of Tantra.

If you think about the way unhindered nipples behave naturally you will notice that they are erectile tissue that is activated by internal and external stimuli.  They are like little electricity receivers.  They are an incredibly fine-tuned and clear component of the body’s communication mechanisms, both sexually and generally.

Breasts, as the entire female being, are fantastic, nourishing, love and energy generating pleasure and comfort centers able to channel light and many types of nutrition into and out of the body in all its multidimensionality. Let us respect and appreciate female breasts as such.