A Kundalini Perspective On The Yamas; The First Steps On Our Journey Toward The Divine

by Donna Quesada: A Kundalini Perspective on the Yamas… 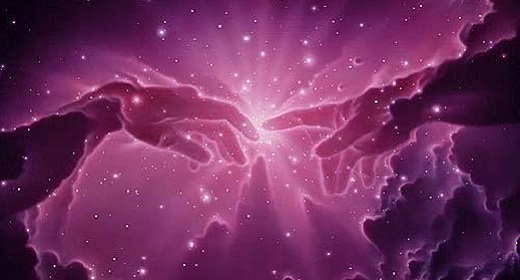 Although Patanjali’s eight limbs of Yoga were penned some 2000 years ago, they are more relevant today than ever, not least of all because of the horribly mistaken, but popular belief that yoga is but a system of exercises, but because the function of those eight interconnected branches is rather, the route to a balanced mind–a most dire need, now as always.  The first of those eight limbs, the yamas, are themselves, divided into five parts, and serve as ethical restraints on our behavior. Patanjali saw it as imperative that we get our act together, morally, before we can ascend our spiritual paths.  Ahimsa, or, non-violence–the first of the five yamas–brings our attention to the the violence we direct toward others, as well as toward ourselves. The idea of violence conjures up all kinds of dramatic images, but it is really about the ill-will that starts in our hearts and that shapes our attitudes. It is reflected in everything we do–in what we eat and in what we consume. And it cultivates powerful habits. Even the judgements we fling out so freely toward others is a form of violence, which ironically, only keeps us trapped at the level of the behavior we are criticizing.

In Kundalini yoga, this tendency toward fault-finding and pointless grumbling is simply the nonsense of the negative mind, and it is specifically these restraints that call it to a halt. The yamas helps us help ourselves.   Consider now, the second mark of the yamas, satya, or, truthfulness. Again, looking deeply, we don’t think of ourselves as liars, but every time we gossip, we take part in tarnishing someone by spreading what we don’t know to be true. Every time we make a false promise, or indulge in exaggerations, we participate in a form of lying. Even saying that nothing is wrong when something is clearly wrong, is a form of miscommunication, that will likely explode in the wrong way later. But worse, trust breaks down, relationships break down, and on a larger scale, social balance breaks down. We end up causing suffering and feeling alienated by the karmic effects of unskillful speech.

The third instruction within the five yamas is asteya, non-stealing. Again, no one wants to think of themselves as a thief, but we steal in the most subtle ways, all the time. Taking credit where it’s undue–seeking fulfillment in superficial acclaim. Every time we’re late, we steal someone’s time. Every time we take more than we need of anything, we magnify our role in the earth’s depletion and simultaneously draw it away from those who need it more–making us participants in the mass gluttony of consumerism. But, we are driven on by the hope that temporal things might deliver lasting joy.

Next is brahmacarya, the most misunderstood of all. Normally interpreted as total renunciation of sexual activity, the householder’s practice of Kundalini yoga holds it as a reminder of the pitfalls of abusing sexual energy. It means we don’t engage in activities that involve taking advantage of others or that degrade ourselves–behavior that lies outside the confines of a balanced relationship. Not only do such situations leave us depleted, but they prevent growth into higher realms of yogic practice, such as pratyahar, or, commanding the senses. How can we harness the whimsical diversions of the fickle five senses, if we’re drunk with desire? And dharana, or, concentration. How can we hone our powers of concentration if we’re following every fancy?

The last yama, aparigraha, means fulfilling our needs rather than our interminable parade of wants, lest we live out another existence without having known the subtleties of a heightened awareness. In our commercialized world today, it means seeing through the seduction of the dazzling array of things we’re told at every turn, we must have–the biggest screen, the fastest phone, the greenest car, the greatest package, or the latest version.   The yamas strengthen our will so that we may master our impulses and master our selves. The idea of spiritual progress otherwise would be like the smoker trying to meditate while fighting the nagging thought of his next cigarette. But with compassion,  consider that we are all like that smoker, every time we jump up to check our e-mail for the fifth time that hour, every time we lose our tempers and every time we overdo whatever we weren’t supposed to do in the first place.  In kundalini terminology, it is the negative mind giving vent to its usual nonsense. But through the yamas, we train that trouble-maker, so that we may meld freely into the clear space of balance and neutrality; where the judgments, frustrations, doubts and insecurities subside; where we connect to our infinite, boundless, divine selves, and where that radiance that lies within, may shine freely on the whole world without.  It’s true, the yamas serve as an external check, but it works like a loop, since behavior tends to reinforce itself. We’re setting up conditions for new ways to act. And when we act differently, we begin to feeldifferently, until finally, we begin to be differently. We experience life in new shoes, so to speak, and the new gear reshapes us. New behavior takes the place of the old, and new responses follow. Through it all, we experience life differently while engaged in habits that serve. As we experience, we become