by Julie Gray: Sounds like a Mike Judge movie, right? Cowspiracy? Maybe a follow up to 2006’s Idiocracy? 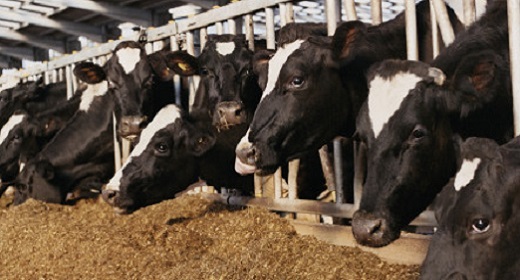 Let me put it this way. If you thought Food, Inc. was a documentary about food that gave you second thoughts about what we eat, Cowspiracy, streaming on Netflix and co-produced by Appian Way (DiCaprio) will leave you sputtering with rage. It’s like watching every 60 Minutes ever made in one sitting.

And why? Because 90% of what you thought were the causes of climate change and why it’s happening is not true. Because if you watch this film and tell a friend, you will become 100% convinced that some factory farm council/lobby is going to start tailing you. Because if you think Silkwood was an isolated event, unrelated to nice, yummy burgers – you’re dead wrong.

Remember that wee lawsuit Oprah Winfrey got mixed up with in 1998?

These people mean business. And their business is you eat the meat they factory farm every day in unthinkable conditions and shut the hell up about just how they do it.

Fun Fact: it takes 660 gallons of water for that burger you just ate.

I am a skeptic by nature. I only began eating a plant-based diet because I had to. I’m no saint. For years I ate meat and shoved into a tiny little ball the knowledge I had about inhumane slaughterhouses and workers. It was too nasty to think about. So I didn’t. It was some Inconvenient Blood Test Results that forced my hand.

But then, I began learning more about eating a plant-based diet and what Cowspiracyreveals is something that built a fire under me. The corporate intimidation and greed, inhumanity, reckless disregard for people, animals and the environment and lying in the animal agriculture industry are stupefying.

Thanks to movies like Cowspiracy and the significantly harder to take Earthlings, factory farming – or “animal agriculture’ business, as they like to euphemistically call themselves, has reached a tipping point and is about to have a big, nasty RJR tobacco moment in the public eye.

Bring it. Factory farming is a stain on humanity.