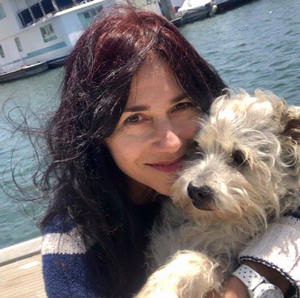 Quote
“In our Yoga practice, the act of focusing is an exact science! Together, our conscious, rhythmic breath patterns, combined with a drishti, opens a gateway to a higher state of calm-alertness.”

The Sycamore That Wanted To Be a Cactus

Buddha in the Classroom

Donna Quesada teaches eastern spiritual philosophy at Santa Monica College and Kundalini Yoga at the renowned Yoga West, in Los Angeles. She is an author, healer and meditation guide. Her book, Buddha in the Classroom; Zen Wisdom to Inspire Teachers, was released by Skyhorse Publications, in 2011. Now a classic, it is scheduled for re-release in 2015, under its new title, The Inspired Teacher; Zen Advice for the Happy Teacher. Her audio CDs of guided meditations and positive affirmations feature a variety of meditation styles and reflect the way she begins all of her classes, whether teaching Yoga or eastern philosophy. Quesada has also received formal training in the Zen Buddhist tradition. She lives with her family and her beloved terrier, Marcel, in Culver City, California.

Awaken Interviews Dr. Georgina Cannon – Pt 2 – Self-Awareness Is The Gem With Many Facets