by Donna Quesada: Life presents us with trials which, given enough time, will reveal our vulnerabilities… 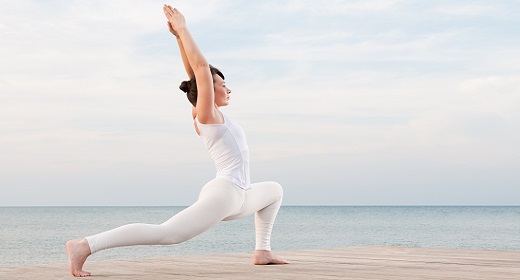 Like taking a bath—if you soak long enough, the water will betray you. All your dirt will rise to the surface. The good news is, if you can stand getting wet, you’ll come out clean. Will you stay clean? No. Because that’s the nature of being human; we get all cruddy and then we clean ourselves up again.

We received a follow-up e-mail informing us of a change. All of the trainees in the program to become teachers of Kundalini Yoga were to show up for mandatory sadhana—a spiritual discipline—at 2:40 AM, rather than 3:30 AM, as originally announced. I opened this e-mail 19 days prior to the event, which at the time, I didn’t know would leave me changed.

It might not seem like a big deal to a someone who is a morning person, anyway. Up by 5 AM, I’m usually happy to greet the day and greet my life, while the rest of the sleepy neighborhood slumbers on. But the idea of being awakened unnaturally, of having my sleep shortened for any reason, had become, at some point, as terrifying to me as a shark is to a person with a shark phobia.

Although the event was nearly three weeks away, it was like someone had hung a sword over my head. Some of my fellow trainees wondered about the pragmatics of going to bed at all. The difference between us was their ability to joke about it. The usual byproduct of pressure is stress, but for me, there was the additional element of fear.

It might seem a little dramatic, but at some point, sleep had become the polestar of my existence. For years I worried unnaturally about what would happen if I didn’t sleep or sleep enough; I imagined I would be enfeebled to the point of incapacitation and sickness. They call it OCD, which isn’t as alarming a term as it once was, when our only reference for it was the eccentric Howard Hughes. Now it’s a household expression; we tell each other to relax and not to be so “OCD” about things. Now it’s just one more nervous condition in a nervous world.

It’s funny, the ideas we have. Even those of us who strive toward conscious living have imbibed a lifetime of unconscious messages from media news to folk wisdom, all pounding us with ideas of what we must have in order to survive—the food we need to eat, the stuff we need to buy, and the sleep we need to get, because studies show that 60 % of adults are not getting the sleep they need and the national sleep deficit is now an epidemic and is responsible for a host of stress-related health problems… And it instills within us false beliefs, fear and the needless purchase of products we don’t need.

Because old habit patterns run deeper than intellectual understanding, I found myself running “rehearsals” in my head of the coming morning sadhana. I played out the whole scene, how I would pre-pack my bag, how I would lay out my clothing and how I’d set the alarm for the latest possible minute, just as an expectant mother might rehearse that moment when she’d announce that the time had come, and everyone would know their job.

Others had varying reactions to the new start time, as well. Some wondered why we don’t just go ahead and sleep right there at Yoga West, when we’ll have been there all day, anyway? Others planned fun sleepovers at the homes of those who lived nearby. God No! I thought. And share sleeping space with other humans? Humans that breath? And make noises? And shut doors and go to the bathroom at night and who quite possibly, might snore?

Like the afternoon fog, rolling in predictably, as the sun sinks low, the familiar wave of resistance washed over me as the day drew nearer. I was sure the whole weekend would be ruined, for I’d surely be too exhausted to function.

Yet, at the same time, I had the awareness that it was only my negative mind spinning its wheels. This is the interesting thing. It might seem like a contradiction, but while I was going through this series of reactions, I knew it was just old habit patterns coaxing me into the familiar. I wasn’t taking the fear as seriously as I once did. It was the boy who cried wolf. And I was different—but I wasn’t yet convinced. It was as if I was playing out a conditioned role. As one of our teachers, Guru Singh, says, we will go on groping for the familiarity of old environments, until we go through the new ones.

Even with the white noise in my mind, I continued to sail along relatively smoothly—until two days before. I remember laughing that morning, with a friend. Then the world took on a strange and surreal hue, as when the sky is ominously bright just before a storm. Suddenly everyone was saying the wrong thing and I wanted to retreat to the safety of my own solitude. My world felt threatened and I was on edge. But I knew that as long as I wanted to finish the program, there was no way out. And I wanted it with all my heart.

When there’s no more resistance, hopelessness sets in. And despite its bad rap, hopelessness isn’t always a bad thing because with hopelessness comes fearlessness. But it doesn’t feel like fearlessness right away because it’s not usual to feel that way. We are strangely attached to the very state we want to free ourselves from—we cling to the insanity, in whatever form of it we know because it’s familiar.
It was now the day before. Many of us were touchy that morning. I thought of those elaborate ice sculptures that dissolve into nothing but a sloppy puddle by the end of the party. It was the end of the line, and there was nothing left but to embrace the fire. All resistance had melted into vulnerability. I confided to Gurudhan. “Once you’re there, you’re already on the other side,” he said. Yes. Because once you’re there, it’s no longer the thing looming over you, waiting to drop.

Even the masters have issues, he assured me. Yet, he sure didn’t have mine! “When it comes to sleep,” he said, “I couldn’t care less.” “It’s the same thing for me, whether I get two hours of sleep or five.” And those were the magic words—with the effect of nonplussing my own hyper-attentiveness toward that which doesn’t matter at all to him. Next thing I knew, it was 2:30 AM, and I was tiptoeing down the driveway; the only sound, the occasional crunch of the leaves below my feet; the only light, the dim glow of the moon beaming through the unclothed sycamores.

Feeling empowered, I tied my head wrap and drove through the wide open streets, during the ambrosial hours—that peculiarly quiet time that lies somewhere between the evening’s affairs and the day’s first light.

The next day was an ordinary Monday. I laced up my Nikes, and with iPod and terrier in tow, set out for my usual walk. Only it didn’t feel like an ordinary Monday and it didn’t feel like my usual walk. I was full of the day before; it’s not so much that I couldn’t get the memory out of my head, but that I couldn’t get the feeling out of my whole being. The day I had feared turned out to be the most wondrous of all. After the chanting was over, the Yogi checked in with me: “How’d you do, Donna?” I met his penetrating gaze: “Very well, Gurudhan.”

With Marcel now pulling toward the squirrels, we walked past the houses in the neighborhood, through the park, around the mothers and kids. Two teenagers in love, having the biggest romance of their lives, stretched out under the shade of a tree. A hobbling old woman smiled to me, and I smiled back, before skipping off toward the falling sun. I narrowed my eyes against the gleaming light, and saw rainbow orbs under my eyelids. My scruffy little dog now leapt in vain toward the 20 crows that disappeared at once into the giant ficus trees, whose perfectly rounded crowns towered over the park like big messy balls of kelly-green yarn.

While walking back home, I flashed upon a day, seven months ago, when the well-known teacher, Gurmukh, whom I had not yet met in material form, encouraged me to follow my heart. I did! And it was the first of many such triumphs of the heart. In two and and half hours of Long Ek Ong Kars, during mandatory sadhana, my one heart beat in unison with some 60 others, whose owners also journeyed in the dark, to surrender to the divine. The barriers evaporated as invisibly as the morning dew. Were they ever there, at all?