by Peter Diamandis: Today, the automotive industry pulls in close to $2 trillion in revenue each year… 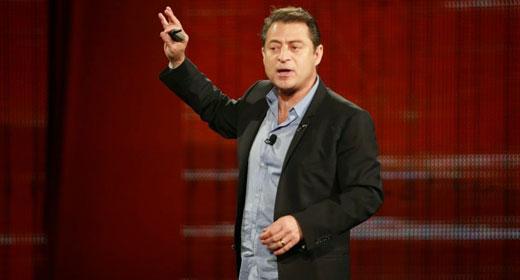 It’s a big, inefficient, wasteful and, frankly, dangerous industry. According to Singularity University’s Brad Templeton, here’s how the annual numbers stack up for the U.S.:

Google’s car (and all others) are made possible because of their suite of Sensors. One in particular is a 64-beam Velodyne LIDAR sensor (Laser Imaging Radar) that, combined with cameras, sonar and GPS, is collecting and analyzing 750 Mb of data per second. The car knowseverything that’s happening within 100 meters of the sensor.

So what is the impact? By 2035 there will be more than 54 million autonomous cars on the road, and this will change everything:

Best of all, you can call any kind of car you need. Need a nap? Order a car with a bed. Want to party? Order one with a fully-stocked bar. Need a business meeting? Up drives a conference room on wheels.

In 2012, US farms alone sold close to $395 billion worth of crops and livestock.

Agriculture is a remarkably fragmented, complicated, and old-school industry.

Stakeholders are resistant to change, and many farmers are struggling to produce enough yield to maintain their own livelihoods, much less feed a growing global population.

Two revolutions are in play. The first is synthetic biology (I’ll save that for a later blog). The second is the impact of sensors and robotics – a combination that is yielding the dramatic improvements in the following ways.

Today the average annual cost of a nursing home is more than $75,000. Elderly care is expensive, degrading and inefficient. And it’s ripe for disruption.

But what if robots and sensors could allow an elderly person to continue living on their own, in the dignity of their own home?

In the general arena of healthcare, dozens of wearable and implantable biometric sensors will make us all the ‘CEOs of our own health’ within the next decade.

Companies like Google Health, Apple and Samsung (to name a few) are investing billions to develop this tech.

Plus, next year I expect the winner of the $10M Qualcomm Tricorder XPRIZE will give birth to sensor-packed devices (i.e. the Star Trek Tricorder) that allow you, the consumer, to self-diagnose, anytime, anywhere.

On the robotics front, expect robots to become the surgeon of choice for all conditions.

Need bypass surgery? An appendectomy? Which would you prefer: the surgeon who slept too little… drank too much coffee… fought with their spouse… or the Robot Operating System that has performed that exact surgery perfectly 100,000 times?