A Short Introduction To Kundalini Yoga

I have had some requests for information on Kundalini… 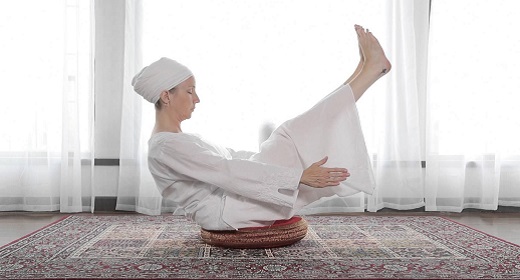 Kundalini is Sanskrit for “coiled one”. The “old school” defines it as a serpent or goddess of coiled energy sleeping at the base of your spine. The idea is to awaken the serpent which will lead you to enlightenment.

The serpent uncoils as it awakens moving up through the seven chakras until it reaches the Crown Chakra where you are fully aware. The more modern interpretation sees the Kundalini as unconscious or instinctive force, an energy intelligence of complete maturation.

The awakening is accomplished with a combination of meditation and Yoga.

Move on to the next page for an introduction to Kundalini Yoga.

It is said that when you have fully awakened the Kundalini, you will experience total enlightenment and bliss. It has been described as a feeling like electric current running along the spine.

Watch the video below for a nice short introduction to Kundalini Yoga.