by Tammy Mastroberte: Known as the Yoga of Awareness, Kundalini Yoga connects one with their highest self, elevating consciousness and facilitating greater health and happiness… 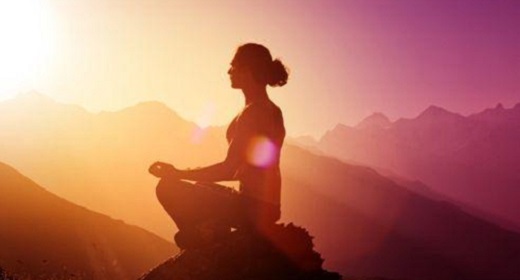 There are many styles of yoga, each with their own unique practices and characteristics, but Kundalini Yoga, also known as the Yoga of Awareness, stands out as being the most unique compared to other practices. Often referred to as a science or technology, as well as the most spiritually infused form of yoga, the practice was introduced to the West in 1969 by Yogi Bhajan, and continues to attract many new students today.

“It’s a science in the sense that there is a technology or a system that creates a desired result,” Amanbir Singh, a Kundalini Yoga teacher at Golden Bridge Yoga in New York, tells Elevated Existence. “The teachings and practices are designed very carefully and meticulously to produce a greater state of health and happiness.”

The word “kundalini” refers to the energy believed to lie dormant at the base of the human spine. Through the practice of Kundalini Yoga, this energy is channeled up the spine, through the chakras, and out the crown of the head, where it enters the auric field. This allows a person to experience enlightenment or a greater awareness.

“The basic aspect of the practice is increasing one’s awareness,” Singh explains. “As you practice, the kundalini rises and your awareness expands. The first step is becoming more aware of yourself and your patterns — your relationship to the life you live. It helps one live a more conscious lifestyle.”

The concept of kundalini energy is described in yogic history as a coiled serpent at the base of the spine, and moving this energy up through the chakras can be done through other spiritual practices, including chi gong, says Singh. However, Kundalini Yoga is said to move this energy more quickly.

“It’s a very accelerated form of yoga that helps us to energize our chakras, while also shifting and clearing our energetic blocks,” explains Karena Virginia, a Kundalini Yoga instructor teaching class throughout the U.S., including New York and Los Angeles. The energy runs up the spine and out of the crown chakra into the subtle body or auric field, also called the 8th chakra. This allows one to connect with their higher self or the angelic realm.

“With Kundalini Yoga, you go beyond the realm of the mind and into an angelic or higher realm,” she says. “Kundalini energy rising eliminates blockages in the spine and opens all of the energy pathways in the body. The goal is to elevate our consciousness. It clears the subconscious mind and elevates our potential to reach pure consciousness.”

The mantra “Sat Nam” is used as a greeting by those practicing Kundalini, which means recognizing the true nature or divinity in another and bowing to it. Students and teachers often wear white clothing to remind them of purity and help extend their auric field.

“The fundamental aspect of Kundalini Yoga is you want to expand your aura,” says Singh. “White clothing creates a greater sense of joy and it expands your energy and your radiance.”

Although the practice of Kundalini Yoga has been labeled by some as dangerous because of how quickly the energy can move through the body, expert teachers believe as long as it is practiced in the way Yogi Bhajan introduced it, it is safe for anyone.

“I’ve seen people cry and have huge emotional releases,” says Piper Parker, co-owner of Zen Yoga Garage in Chicago, who teaches a variety of yoga types, including Kundalini. “But never anyone fainting or unable to handle it.”

The key is to make sure the class and teacher are following the practice laid out by Yogi Bhajan, and many studios and teachers reference this on their Web sites.

“Yogi Bhajan was like a scientist and he made sure the practices were safe,” says Virginia. “They do work, but they work in a very safe way.”

UNDERSTANDING KRIYAS
Unlike Hatha Yoga classes, Kundalini Yoga does not have students hold an asana posture. They use kriyas, or sets of exercises, and each one creates a specific result in the physical or energetic body. Kriyas often include a combination of eye focus, movement, posture and breath, as well as mantras or chanting.

“Kriyas are repetitive movements done to achieve a desired result, and they vary,” says Parker. “Often, they use the breath of fire to build energy and heat in the body within certain designated areas or chakras.”

In Hatha Yoga, students may be holding a pose and making subtle changes to the body, and in Kundalini Yoga, they may be shaking their entire body around, or moving just their hands up and down vigorously for three minutes. It’s working more with the energy in the body than just the alignment of the body, says Virginia.

Yogi Bhajan created kriyas based on the “science of angles” or mudras, which are positions of the body and hands. The goal is to create a specific effect in the aura or electromagnetic field around a person, she notes. These mudras can balance, heal and tone the energy field, and even something as slight as placing the hands in a certain position can affect the aura, according to Virginia.

“When creating kriyas, Yogi Bhajan would watch people doing the work, and he waited to see their aura change,” she explains. “Then it was documented how long it took, whether three minutes or 11, to reach the desired state. He gave these kriyas to us in this way to ensure we did them in a specific manner for a specific outcome.”

A kriya can be a series of different exercises — which include movement, breath and mantra — or one exercise. However, they must be done in a specific order, and for a set amount of time to reach the result and shift the energy field, Virginia notes.

Every Kundalini class has at least one kriya, and it’s often up to the teacher to choose. There are thousands of kriyas ranging from those that target a system or function of the body for healing — such as the thyroid or pituitary gland — to those focused on increasing prosperity and abundance or releasing anger.

“Those for prosperity or changing thought are more esoteric, but even those kriyas will also work on a system in the body, such as the cardiovascular system,” says Singh. “So they often have an energetic and a physical effect.”

Kriyas can last anywhere from three to 11 minutes, and in some cases up to 20 minutes. Some are physically demanding, and others are more meditative, but they all work to expand awareness, and balance the chakras or energy centers of the body.

“You are getting your heart rate up, working all of your organs and your entire glandular system, and also cleansing and purifying the blood with the breath of fire,” Virginia notes.

A TYPICAL CLASS
While some yoga studios tag classes as “beginner,” Kundalini Yoga is open to all levels, as the exercises can be modified, and many are focused on the energetic or spiritual body rather than the physical poses found in other types of yoga, says Singh.

“Sometimes you will have classes that are themed, especially workshops or retreats, but typically every class varies and depends on the style of the teacher,” he explains. Every class opens with the students chanting the sacred mantra known as the Adi Mantra. This is “Ong Namo Guru Dev Namo,” which assists in tuning into the higher self.

“It sets the tone for what Kundalini Yoga is all about — acknowledging the inner teacher,” says Singh. “It’s the idea that we don’t need initiation from a teacher or master. We all have wisdom inside of us.”

The class may go into pranayama, or breathing techniques, such as alternate nostril breathing, and then physical warmups or stretches to get the body ready to move energy through it, says Virginia. Next, students move into the kriya for that class directed by the teacher.

“Typically we are given 90 minutes for a class, and the physical exercises will be from 30 to 45 minutes, and then eight minutes of relaxation and 11 minutes of meditation,” Singh explains.

Every class ends with the song “Long Time Sun,” or farewell blessing, which again acknowledges the inner light inside each of us. The lyrics are, “May the long time sun shine upon you, all love surround you, and the pure light within you, guide your way on.”

“It’s the idea that we can all embody an aspect of the sun, and also be a lighthouse for the world,” says Singh.