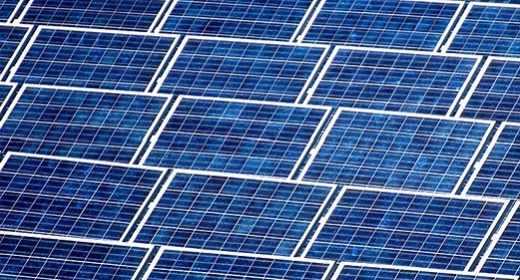 renewables turn out to be cheaper than fossil fuels.  This new data may be a spur to new investment and acceptance of renewable energy.

New numbers are showing that the promise of exponential gains in renewable energy sources are beginning to take hold and threaten traditional industries.

Citigroup has published a detailed report on the costs of various energy sources, and it concludes that if all the costs of generation are included, then renewables turn out to be cheaper than fossil fuels.

“We should think of installing renewable energy as a benefit rather than a cost to society,” write the authors.

Instead of estimating the capital cost requirements to enable a transition in the global energy market, thee Citi analysis is based on the overall costs of energy procurement. The levelized cost of electricity (LCOE) approach captures both the fuel and capital costs over the useful life of an asset. Effectively the LCOE answers the question: “At what price does a certain power plant have to sell electricity to break even for a plant operator?”

“This is one of the key benefits of examining total spend on an LCOE basis, as it demonstrates well the shifting relative economics of different generation technologies. Most important is this point that as renewables become ‘cheaper’ than conventional, there is effectively a net saving to using them.”

As the report outlines, the gap in costs between renewable energy and fossil sources like coal and oil, will widen significantly in coming years. This is chiefly because capital costs of wind and solar are falling as their production rates increase, whereas conventional fossil energy source costs are leveling off, as resources become more scarce, driving up exploration and recovery costs.

If other factors, like a carbon tax, are accounted for, renewable energy will be even more cost competitive and attractive to further investment. Getting past the up-front capital costs of new energy sources is one of the biggest barriers to wider use of renewable sources. As the graph below from the Citi report shows, taxes are already unfavorable to clean energy sources when the LCOE is analyzed. 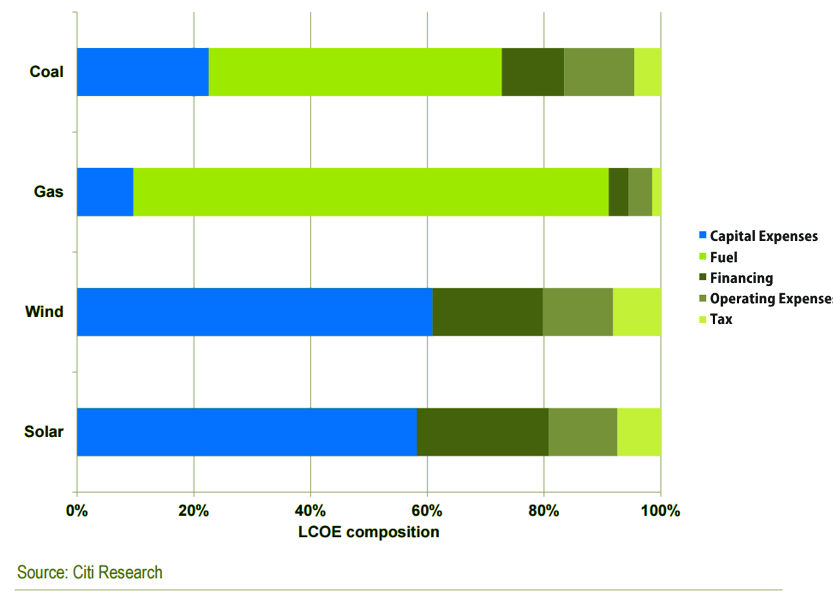 On other hand, fuel costs can account for 80 per cent of the cost of gas-fired generation, and more than half the cost of coal. In terms of the environment, we need to burn a lot of fossil fuels to get more fossil fuels.

Citigroup says it is “dangerous” to rely on assumptions of capital expenditure when the pace of change in an industry is so rapid, and the rate of evolution so fast. “Examining CAPEX [Capital Expenditures] on a standalone basis runs the risk of overstating the cost of renewables, and understating the total cost of conventional generation technologies,” Citigroup noted. 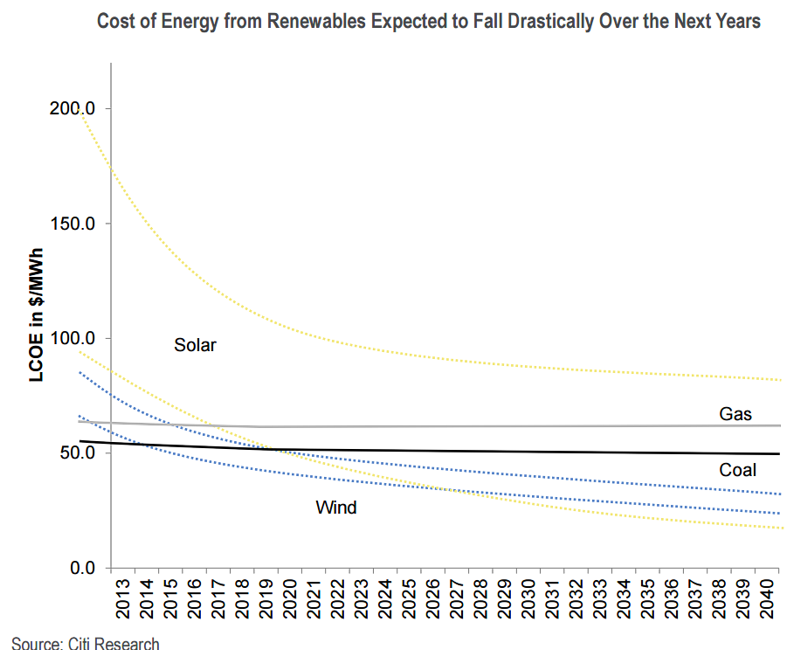 This graph above illustrates that the lowest cost wind energy production is already more competitive than coal and gas. The sunniest solar regions are on track to do the same by 2020 too.

The cost of solar and wind power continue to fall. Moreover, Citigoup claims these estimates rely on relatively conservative estimates of the cost falls in solar which do not take into account innovative technological improvements.

Citigroup estimates a “learning rate”  that operates like Moore’s Law, where solar costs will fall that much with each doubling in capacity. They set this value at 19 percent which translates into cost reductions in solar generation of two percent per year.

In reality, solar power gains are on a steeper exponential trend with efficiency improvements occurring faster than that.

For instance, one of the big solar module manufacturers, Trina Solar, said costs had fallen 19 percent in the past year, and would continue to fall by at least five percent to six percent a year in coming years as efficiencies improve and manufacturing and labor costs fall.

Citigroup says that between 2014-2040, the world is likely to invest some $US190 trillion into energy – whether it takes action on climate change or not.

“The greater upfront investment in energy could also help to boost growth and act as a partial offset to the effects of secular stagnation being witnessed currently. Lower long-term energy costs as a percentage of GDP could ultimately serve as a significant boost to GDP, especially compared to the potential lost GDP from inaction.”

The authors do acknowledge that what they are saying means we may be leaving oil in the ground.

“There is enormous investor demand for low carbon investment, with investor groups representing tens of trillions of dollars under management committed to investing in a more environmentally friendly manner,” write the authors.