Tesla’s Elon Musk Is Thinking About Designing An Electric Plane

by Jenny Che: Your flight to Europe could one day be completely powered by rechargeable batteries… 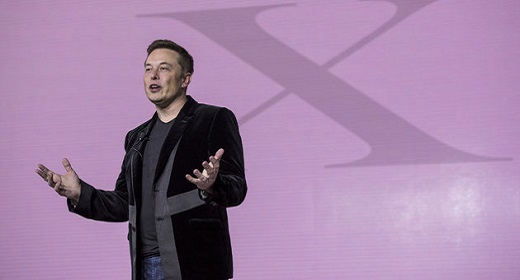 Elon Musk is convinced that some of the largest vehicles — we’re talking planes and ships — will soon be electric. In an interview with Marketplace on Monday, the Tesla and SpaceX chief spoke of a future in which all manner of conveyances will shift away from traditional energy sources.

If Musk’s vision comes to be, it would mean a total transformation of some of the world’s most polluting industries. Shipping is estimated to generate nearly 5 percent of the world’s annual greenhouse gases, according to a leaked United Nations report from 2008. Cruise ships are just as guilty — many rely on bunker fuel, which is cheap and releases high levels of pollutants, and dump enormous amounts of sewage and other wastes into bodies of water.

Aviation, meanwhile, is among the fastest-growing causes of carbon emissions. A roundtrip flight between New York and London produces around 2 or 3 tons of carbon dioxide per person, the same amount of emissions released by someone in Europe heating his or her home for an entire year. As more and more people travel by plane, that carbon footprint is only going to grow.

Musk also entertained the possibility of researching electric-powered planes. “I do like the idea of an electric aircraft company. I think one could do a pretty cool supersonic, vertical take-off and landing electric jet,” he said during the Marketplace interview. “I have a design in mind for that.”

Tesla has been at the forefront of bringing (pricey) electric vehicles to the marketplace. Its new Model S sedan is more energy-efficient than previous versions, and the company unveiled anall-electric SUV last month. Tesla isn’t totally immune to criticisms about carbon emissions, though — while its cars run on battery power, most of those batteries likely draw their charges from a power grid that runs on fossil fuels.