The Science Behind Making Cars Lighter (And More Fuel Efficient)

by Kayla Matthews: Today’s vehicle manufacturers are under more pressure than ever to deliver an affordable high-efficiency vehicle… 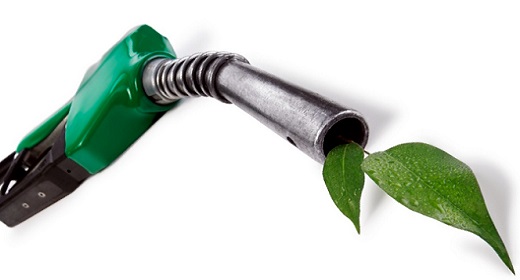 and they’re turning to the country’s top scientists and engineers to help figure out ways to meet these expectations.

Most people hear the phrase “fuel efficiency” and don’t think of anything beyond how far their car will be able to travel before they have to visit the nearest gas station. That’s often all the average driver needs to know, but there is much more to fuel efficiency than meets the eye.

Today’s vehicle manufacturers are under more pressure than ever to deliver an affordable high-efficiency vehicle, and they’re turning to the country’s top scientists and engineers to solve this puzzle.

Right now, it is possible to build a concept car that can travel up to 300 miles on one gallon of gasoline. The problem is the weight.

Recent studies of the relationship between vehicle weight and fuel efficiency have brought some fascinating statistics to light. By reducing the overall mass of a passenger car by 10 percent, you can actually increase the car’s fuel efficiency by seven percent.

Currently, one of the best options for reducing the mass of passenger cars is by replacing a percentage of the steel or aluminum parts with plastic ones.

Don’t worry — you won’t be driving a car made out of your recycled Tupperware. The plastic material of choice is known as Carbon Fiber Reinforced Plastic, or CFRP.

A number of different companies have already started using CFRP in their manufacturing processes.  The 2014 Chevrolet Corvette Stingray replaced the steel roof and hood components with carbon fiber. Some of BMW’s electric models have replaced a large number of their passenger compartment components with carbon fiber as well. Not only does this help to reduce the mass of the car, it also offsets the weight of massive lithium-ion battery that runs the car.

The main problem with using carbon fiber as a replacement is that it can be prohibitively expensive, especially if you’re not ordering a lot of it. Low volume production could create cars that cost more than $100,000 to build. If carbon fiber can become a more common car building material, it becomes much more manageable.

In theory, if you order 50,000 cars with primarily carbon fiber components, you could reduce the cost per car to something like $4,000.

Plastic isn’t the only alternative though.

Most cars right now are primarily made of steel. It is a great frame material, easy to obtain and fairly easy to manipulate, but it’s very heavy. While there are some avenues that are looking into new, improved steels, most manufactures are looking toward aluminum for three primary reasons:

Aluminum parts are much easier to design and manufacture than their steel counterparts. And, since die casting can incorporate even lighter parts on vehicles, these engineers are well on their way to bringing us a budget-friendly fuel efficient car!

Hybrid cars were once touted as the solution to fuel economy, but according to sales statistics, only 3.5 percent of the vehicles sold last year were hybrids.

Electric cars are also a great alternative, but they are often out of the reach of the average driver. The Volt, which is one of the most popular electric models, starts at $35,000 and the sporty Tesla can cost anywhere from $70,000 to 105,000.

The goal is to create a more fuel-efficient car. President Obama’s administration released the “Corporate Average Fuel Economy,” or CAFÉ, standards in 2012. They state that all manufacturers must increase their average vehicle fuel academy to 54.5 miles per gallon by 2025. Three years later, car companies are making great strides toward meeting this goal, and if today’s advances are any indication, they are well on their way to reaching it within the next decade.