Deepak Chopra MD Yoga and the Brain: A Vision of Possibilities 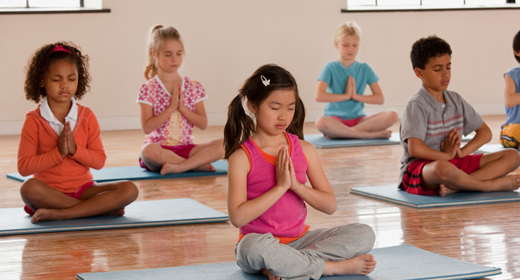 In 1994, after injuring her back and knee while training for the Boston marathon, Sara Lazar came across an advertisement for a yoga class while leaving her physical therapist’s office. Lazar, a Harvard-trained microbiologist, signed herself up, hoping to receive some physical benefit. To her surprise, she got more than that. Within a few weeks she felt calmer and less stressed out. More surprising to her, Dr. Lazar discovered that she was becoming more empathic with others and could more easily see things from their perspective.

In the current vogue for yoga, many enthusiasts might have a similar story, but Lazar had a scientist’s curiosity, suspecting that these changes that she felt subjectively must have a basis in the brain. She decided to change her research area from microbiology to neuroscience in order to examine the impact yoga and meditation might have on brain function. What resulted was a striking finding.

Taking brain scans (MRIs) of subjects who underwent an eight-week program in mindfulness meditation, Lazar came to some conclusions that astounded her colleagues. Compared to a control group, there was an increase in the size of the hippocampus among the meditators–the hippocampus is important in learning, memory, and the regulation of emotions. It’s also one of the first regions to start degenerating in Alzheimer’s disease. A smaller hippocampus is also seen in people with severe clinical depression and post-traumatic stress disorder.

The implications are potentially explosive for areas as wide-ranging as stress, dementia, memory loss, and emotional well-being. The team at Massachusetts General Hospital that Lazar headed published their findings in the journal Psychiatry Research: Neuroimaging in 2011. They gave the first scientific validation to something long reported by serious students of yoga and meditation. “Although the practice of meditation is associated with a sense of peacefulness and physical relaxation,” Lazar told an interviewer, “practitioners have long claimed that meditation also provides cognitive and psychological benefits that persist throughout the day.”

At the intersection between biology and psychology, a new field was emerging called social neuroscience. It’s the study of how our nervous system affects the way we interact with one another and how we express emotions like empathy and compassion. At the center of several studies in this field are yoga and meditation, ancient practices that are gaining new life.

The United Nations declared June 21 this year as the first International Day of Yoga. On this day, people around the world will come together to highlight how yoga has become an integral part of their lives. In the United States alone, more than one hundred cities will host “yogathons.”

The link between yoga and meditation is often overlooked in the West, where yoga classes tend to be approached on the same par as a gym membership. Across its 5,000-year history, the purpose of yoga–a Sanskrit word whose literal meaning is to unite, or yoke together–is to join body and mind. Physical aspects of yoga, properly called Hatha Yoga, comprise only one of the traditional “eight limbs” of Yoga. Although the other limbs are more directly spiritual, the positions prescribed in Hatha Yoga are also meditative–each pose exemplifies a state of consciousness.

In the context of Western medicine, the mind-body connection discovered by the ancients has found validation on many fronts. What is significant about social neuroscience is its outreach to society. If eight weeks of mindfulness meditation is enough to create brain changes associated with increased empathy and smoother personal interactions, how far can this be taken?

We envision using yoga and meditation for social transformation, beginning with the individual. In an anxiety-provoking world, the key to peace is peaceful individuals who one by one can reach a state of calmness and empathy. There is no better antidote, we feel, for us-versus-them thinking, which is fundamentally based on lack of empathy and elevated stress. A brain long conditioned in that direction–which means the brain of many typical stressed-out Americans–doesn’t change by being talked to. There is biology that needs to be undone, and so far as modern medical science knows, yoga and meditation are at least as effective as psychiatric drugs–and with no side effects.

In fact, a systematic analysis by one of us of 16 high quality clinical trials that looked at the utility of yoga in a variety of psychiatric disorders showed that in some instances yoga was just as beneficial as psychiatric medications. In depression, for example, yoga was found to be as beneficial as popularly prescribed antidepressants. In schizophrenia, the addition of yoga to psychiatric medication produced better results.

In a word, yoga is a new way of looking at life that translates into a way of interacting with life. The twisting and balancing poses that appear difficult from the outside foster composure and self-awareness–they draw the person back into the inner world. This is the world that needs healing if our turbulent outer world is ever to be healed. The International Day of Yoga could be a ray of sunshine from the ancients that is just now reaching our brains.

Deepak Chopra, MD., FACP, is the Founder and Chairman of The Chopra Foundation and Co-founder of the Chopra Center for Wellbeing, and the author of over 80 books, including 22 New York Times bestsellers.

Dr. Malhotra is a pediatrician, writer and co-founder of Mindful Pediatric Gastroenterology.

Dr. Doraiswamy is a professor at the Duke Institute for Brain Sciences and serves on the executive board of Duke University’s Brain and Society Program.