Elon Musk: “Our goal is to advance digital intelligence in the way that is most likely to benefit humanity as a whole.” 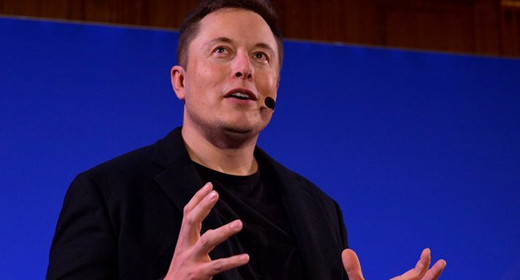 Some of the most prominent executives in the technology industry, including Tesla Motors Inc CEO Elon Musk, are backing a non-profit artificial intelligence research company with funding of $1 billion.

The effort announced on Friday, known as OpenAI, joins a number of other initiatives by prominent companies like Google, Apple and IBM to tap advanced computer technology to solve problems such as recognizing faces or translating languages.

“Our goal is to advance digital intelligence in the way that is most likely to benefit humanity as a whole, unconstrained by a need to generate financial return,” a blog post on OpenAI’s website said.

Predicting that human-level artificial intelligence will eventually arrive, the backers argued that it was vital to have a research institution like OpenAI in place to seek “a good outcome for all over its own self-interest.”

Musk has been critical of the possible harm from artificial intelligence, telling Massachusetts Institute of Technology students that “If I had to guess at what our biggest existential threat is, it’s probably that,” according to a report in the Guardian.

He will be co-chair of the non-profit with technology venture capitalist Sam Altman, who has backed Reddit.

“We think the best way AI can develop is if it’s about individual empowerment and making humans better, and made freely available to everyone, not a single entity that is a million times more powerful than any human,” said Altman in an interview published today. “Because we are not a for-profit company, like a Google, we can focus not on trying to enrich our shareholders, but what we believe is the actual best thing for the future of humanity.”

Veteran technology journalist Steven Levy described OpenAI as “a research lab meant to counteract large corporations who may gain too much power by owning super-intelligence systems devoted to profits, as well as governments which may use AI to gain power and even oppress their citizenry.”

This past summer, during a conference at Google’s headquarters, Musk appeared alongside Nick Bostrom, author of the book “Superintelligence,” which examines the dire potential consequences of machines attaining human-level intelligence, as well as Stuart Russell, a machine-learning pioneer who drafted an open letter urging researchers to pursue work that will “maximize the societal benefit of AI.” Hundreds of top scientists have signed the letter, and Musk donated $10 million to help kickstart such research.

While the backers have ponied up a vast sum, OpenAI said it expects to spend a “tiny fraction” of the $1 billion in the next few years.

Even so, the money will go a long way, said Norman Winarsky, a lecturer at Stanford University and co-founder of Siri, a startup Apple acquired in 2010 to launch its digital assistant. Siri was inspired by a government program that invested $150 million over five years, he said.

A $1 billion investment “will have a tremendous impact,” Winarsky said.