The Mysterious World of Crop Circles

by Omar Cherif:   If you really believe that all those formations are man-made then maybe you should try to convince me.

I watched documentaries, read several publications, and gave it a real deep-end thought, and my conclusion is that most crop circles are certainly not the work of humans, especially those ridiculously complicated ones. I also hold that they don’t get enough publicity in conventional media because of their shocking realness. 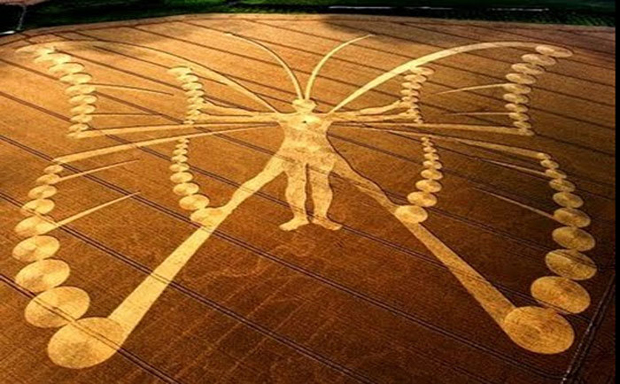 Crop circles are also called crop formations, because they are not always circular in shape, and they started making appearances in the 1970s with 90% in Southern England alone. Since then, almost 30 countries have reported about 10,000 of them according to Wikipedia. It amazes me how a phenomenon so mysteriously widespread still has no definite explanation by “our planet’s enlightened intelligentsia”.

There are also no certified proofs about their origin, knowing that the topic has been in the light for nearly four decades. Some videos have captured flying objects above the fields, usually at night before the formations are seen the next morning. However, no official reports were ever clear enough by governments, ministries of defense, or intelligence agencies even after countless investigations and research projects. Something is fishy.

This leads me to believe that the knowledge is indeed there but it is deliberately not shared, perhaps the same as with UFOs. By getting real, saving the public from being frightened if they found the truth is such a lame excuse for all this top secrecy, and it only reveals that whatever is there to hide must be of great value, which is obviously the reason why it’s not being shared.

Now let us look at matters by wearing different shoes. Yes, some of us have a third eye in their feet.

Let us imagine that a few centuries-old secret societies such as The Free Masons or The Illuminati own some forbidden knowledge granting them substantial power and superiority, do you think they will ever be vocal about it or share such controversial, booming news? That would simply defy the very essence of their own secretive nature.

Besides, when you are already acquiring some of this power — whatever it is — wouldn’t you use all your might to defend what you have already gained and most likely still be wanting more? That’s just basic logical reasoning without any sort of judgment.

Now, Prescott Bush (1895 – 1972), who is George Dubya’s grandfather, served as a business partner of, and U.S. banking operative for the financial architect of the Nazi war machine from 1926 until 1942. The Congress then took aggressive action against him and his partners. After the seizures of the various businesses they oversaw along the German partners, the U.S. government quietly settled with Bush and the others after the war; they each received $1.5 million in cash as compensation for their confiscated business assets!

So, you betray your own country and fund the enemy for astronomical gains while killing millions of young innocent men in a destructive world war and still get even more money after your government decides that enough is enough. That is mesmerizingly diabolic. And it gets even more exciting.

In 1952, grand dad Prescott was surprisingly elected to the U.S. Senate, with no press accounts about his well-concealed Nazi past. A few decades later, after serving a few high posts including Director of the CIA, his son George Herbert Walker Bush becomes the president of the greatest nation on earth, again with zero talk about papa’s betrayal to the nation or to humanity.

Then when things couldn’t get more bizarre and two terms later, Senior’s doofus son, W, becomes president number 43. There was still no record of any U.S. press coverage of the Nazi connection during any political campaigns conducted by George Herbert Walker Bush, Jeb Bush, or George W. Bush. Now how did that happen if you don’t have serious control over pretty much everything?

For six long decades these historical facts have gone unreported by the mainstream U.S. media, which is entirely owned by the one percent. The essential facts have appeared on the Internet and in relatively obscure books, but were obviously dismissed by the media and the Bush family. This is the same story which had eerily escaped the attention of all official Bush biographers, presidential historians, and publishers of U.S. history books covering World War II and the following era.

The Rothschild, The Rockefeller, and The Bush families along with most of the world’s Royalty share some blue blood as they share being prominent members of the The Free Masons and The Illuminati. With little research, anyone can find out how these secret societies operate by offering sacrifices — humans and animals. They believe they receive the power of those departed souls which “enter” them upon their death.

They equally believe in opening portals between dimensions and practice ancient occultist rituals to reach a New World Order, of course with them as its leaders. Freaky stuff indeed but it must somehow work for them, at least until now or they wouldn’t be religiously involved for centuries. 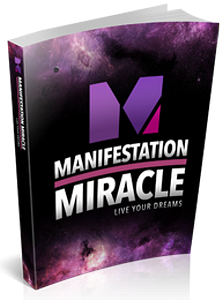 Since those 1 percenters are the world’s richest and most powerful, and since they own 40 percent of our planet’s wealth, they do have mammoth global control over the world and its events. The major corporations, the media, the banks, the movies, the arms, the advertisements, the drugs, and the wars are all within their gigantic hands. Politics is just a game to be played on the façade to fool the masses and feed them what they think should be fed.

The reason why I’m linking secret societies with crop circles is to show that there are those who work behind closed doors, filtering what to be made public, how, and when. By 1992, the British government had reportedly pushed two pranksters, Doug and Dave, into confessing that they were the ones behind all crop circles since 1978, using simple tools that consist of a plank of wood, rope, and a baseball cap fitted with a loop of wire for walking in a straight line. Seriously.

The authorities tried to discredit the whole phenomenon with all its mystery and beauty. The public, however, did not buy it, and the formations continued to appear around different parts of the world.

In fact, After 1990 the designs developed exponentially in complexity; and today it is not unusual to come across intricate crop glyphs mimicking binary codes, computer fractals, and elements expressing fourth dimensional processes in quantum physics. Crop circles have also increased in size, some occupying areas as large as 200,000 sq. ft.

And even if the pranks were real, a hoax is a forgery and forgers require a genuine from which to copy. So, who’s behind the originals? Again, officials trying to distort the facts, but why?

Decoding the meaning of crop circles and some of the other controversial topics may have already taken place years ago. The alarming part is the secrecy behind it, which entails that something big must be going on, and most likely it’s in the favour of the ones in charge.

It would simply be impossible to cover all the details in one article. But I thought that shedding some light on the whole topic would be beneficial, only for those who choose to open their eyes and digest the bigger picture. As for the others who just like to blindly follow, you are doing exactly what they want you to.

Connect the dots, study the patterns, and please wake up. 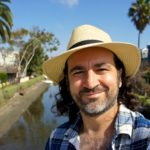 Omar Cherif is a trilingual writer and researcher, photographer and blogger with degrees in journalism, psychology, and philosophy. After working in the corporate world for ten years, he took writing as a vocation and is currently finalizing his first book about dreams, the subconscious mind and spirituality among other topics.