The Shamanic View Of Mental Health

Is there another way of looking at the mental illness epidemic? 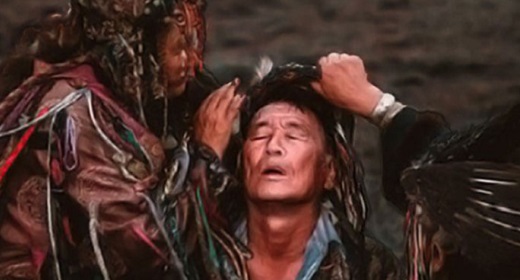 In November 2014 the peak psychology body in the UK, the British Psychological Association, released their new flagship report Understanding Psychosis and Schizophrenia. It was a watershed moment in the mainstream treatment of mental illness, containing statements such as this:

Hearing voices or feeling paranoid are common experiences which can often be a reaction to trauma, abuse or deprivation. Calling them symptoms of mental illness, psychosis or schizophrenia is only one way of thinking about them, with advantages and disadvantages.
– The British Psychological Association: Understanding Psychosis and Schizophrenia

With mental health problems reaching epidemic proportions in the UK and throughout the western world, this document reads as no less than an admission that the current model of mental health treatment has failed; and a cry for help to anyone with an approach that may be useful. There are indeed a great many cultures who have had, and still carry, a deeper understanding of mental illness. While these perspectives don’t fit within the boundaries of rationalist reductionism, this has little relevance to their efficacy.

From American Indian shamanism* to esoteric judaism, this concept has dominated for millennia. As it has now become clear, western civilisation is unique in history in it’s failure to recognise each human being as a subtle energy system in constant relationship to a vast sea of energies in the surrounding cosmos.
– Dr Edward Mann, Sociologist

What Is The Shamanic View Of Mental Health?

Broadly speaking any form of awareness around mental health that includes spiritual, mystic and/or mythic considerations could be included in a shamanic view of mental health. This ranges from ancient indigenous shamanic practices to yogic methods involving kundalini awakening, through to Jungian and transpersonal psychology (which draw heavily from ancient cultures). Jung, for example, characterised schizophrenia and psychosis as a natural healing process.

When conscious life is characterised by one-sidedness and false attitudes, primordial healing images are activated – one might say instinctively – and come to light in the dreams of individuals and the visions of artists… Schizophrenia is a condition in which the dream takes the place of reality.
– Carl Jung

Another foundation stone of this perspective is the phrase made famous by Joseph Campbell: ‘The schizophrenic is drowning in the same waters in which the mystic swims with delight’ (an idea borrowed from Jungian psychiatrist RD Laing).  There has been a long history throughout human culture of people having mystical experiences, and then becoming ‘weller than well’ as Dr John Weir Perry put it.  The key here is that in these instances the person completed a process that western medicine would have labelled as sickness and then medicated. They instead passed through it and went on to lead lives without relapse into ‘psychosis’, instead living a more fulfilled existence than if they had never gone though their temporary break with consensus reality. Throughout history there have been examples of people who have gone on to use their visionary insights, newly found drive and focus to create great social reform for the benefit of all.

Proponents of transpersonal psychotherapy, like one of its founders Prof. Stanislav Grofsuggest that ‘spiritual emergence’ experiences are often misdiagnosed as psychosis and medicated unnecessarily. Grof sites 11 different types of spiritual emergencies, including the classic initiatory experience of the shaman, unitive experiences of oceanic oneness, kundalini awakening, the crisis of psychic opening, and the messianic experience common within what John Weir Perry called the ‘renewal process’.

Interpreted from this point of view, a schizophrenic breakdown is an inward and backward journey to recover something missed or lost, and to restore, thereby, a vital balance. So let the voyager go. He has tipped over and is sinking, perhaps drowning; yet, as in the old legend of Gilgamesh and his long, deep dive to the bottom of the cosmic sea to pluck the watercress of immortality, there is the one green value of his life down there. Don’t cut him off from it: help him through.
– Joseph Campbell, Schizophrenia: The Inward Journey

John Weir Perry, who put these ideas into practice in a medication free facility calledDiabasis, suggests these experiences are a dramatic re-ordering of the person’s psyche from a distorted state to an more ordered one.  To me this is like cleaning a messy house, sometimes it needs to get messier in order to sort everything out. Perry also said that ‘it is justifiable to regard the term “sickness” as pertaining not to the acute turmoil but to the prepsychotic personality…  the renewal process occuring in the acute episode may be considered nature’s way of setting things right.’ This is echoed by Jiddu Krishnamurti‘s statement that ‘it is no measure of health to be well adjusted to a profoundly sick society.’

The Problems Of Pathology, Symptom Suppression, Stigma and Trauma

Pathology: A fundamental difference between the approach of calling these experiences mental illness, psychosis or schizophrenia and ‘other ways of thinking about them’, is the very act of pathologising them. The labelling of something as a sickness, when working in the realms of the psychospiritual can have a dramatically negative effect on what happens next. Like a person experiencing an overwhelming psychedelic experience, a person in this kind of state is highly influenced by their surroundings including what they are told, for good or for ill. A suggestion that the experience is a sickness can become a self fulfilling prophecy.

Having been encouraged to see the voice, not as an experience, but as a symptom – my fear and resistance towards it intensified. Now essentially this represented taking an aggressive stance towards my own mind – a kind of psychic civil war, and in turn this caused the number of voices to increase and grow progressively hostile and menacing.
– Eleanor Longden

Symptom Suppression: The next big challenge is symptom suppression. Critics of the current model of care (who now seem to include the British Psychological Association) argue that psychiatric medication merely suppresses symptoms.

Many people find that ‘antipsychotic’ medication helps to make the experiences less frequent, intense or distressing. However, there is no evidence that it corrects an underlying biological abnormality. Recent evidence also suggests that it carries significant risks, particularly if taken long term.
– The British Psychological Association: Understanding Psychosis and Schizophrenia

Those of the shamanic or transpersonal persuasion go further in suggesting that medication tends to ultimately prevent the person from completing a natural experience such as the ‘process of renewal’ John Weir Perry describes. Instead this process keeps trying to complete itself and symptoms keep reappearing, and then drugs suppress it again in an endless cycle.  It’s unsurprising that the phrase ‘you have a mental illness, and you will have it for the rest of your life’ is so often heard by people experiencing psychosis.

They [shamanic cultures] have a cultural context. The physiological crisis, although it’s difficult, it’s believed to be… they put it in a positive light.  It’s something the person’s going to come out of and be stronger in the end, and have more abilities in the end.  The other thing that’s a big advantage is – it’s not stigmatized.
– Phil Borges, maker of upcoming film CrazyWise

‘It’s something the person is going to come out of and be stronger in the end.’

Trauma: Thankfully, even in the western model there is a strong surge of recognition occurring around the fact that trauma and neglect in childhood (and in adulthood) can lead to serious mental health crisis.

We had a lot of trouble with western mental health workers who came here immediately after the genocide and we had to ask some of them to leave. They came and their practice did not involve being outside in the sun where you begin to feel better. There was no music or drumming to get your blood flowing again. There was no sense that everyone had taken the day off so that the entire community could come together to try to lift you up and bring you back to joy. There was no acknowledgement of the depression as something invasive and external that could actually be cast out again.Instead they would take people one at a time into these dingy little rooms and have them sit around for an hour or so and talk about bad things that had happened to them. We had to ask them to leave.
– A Rwandan talking to writer, Andrew Solomon

The Bridge Between Two Worlds – Sickness or Acute Sensitivity?

Dr Joseph Polimeni states that ‘In most traditional societies those persons who were overcome by hallucinations in young adulthood were more often than not destined to become shamans’. If someone presented with symptoms we would call psychosis, the people of their tribe or village would send them for training with someone who had learned a level of mastery over the sensitivity that once overwhelmed them. Phil Borges states that ‘they have a mentor; they have somebody who has been through this process that can take and hold their hand and say listen, I know what this is all about and this is how you manage it’. In cultures around the world, before western civilisation the idea of schizophrenia as a disease was, quite simply, non-existent.  The assumption was that a person experiencing the challenges known in modern times as psychosis was in fact experiencing things that were actually real, but only able to perceived by those who were gifted.

They have a community that buys into what they’ve gone through, and not only that, they have an outlet for their talents – and many of these people have specific talents that the normal person doesn’t have.
– Phil Borges, maker of upcoming film CrazyWise

To me it is clear that we live in a culture that immediately labels these moments of crisis as sickness, and our culture has almost no level of acceptance for the people that go through it.  When face to face with a person experiencing involuntary states of non-ordinary consciousness, most of us – to put it bluntly – just want them away from us.  It’s almost as if we fear that ‘crazy’ is contagious and we want it quarantined.  It’s unfortunate that this approach may be compounding the problem, however another way forward is re-awakening.  When I look at a person in such a crisis, I see a future potential mentor for others.  The more we can assist people in passing through their dark night of the soul, the more guides we will have with lived experience to help others come through in the future. In an upcoming article I’ll be writing about how shamanic training can assist people going through ‘spiritual emergency’.

For peer support and further information of this kind you can join The Shamanic View Of Mental Illness on Facebook./