Anodea Judith on the Chakras, Body Armor, and Global Transformation

Jacob Kyle My guest in this episode is chakra expert, therapist, and spiritual teacher, … 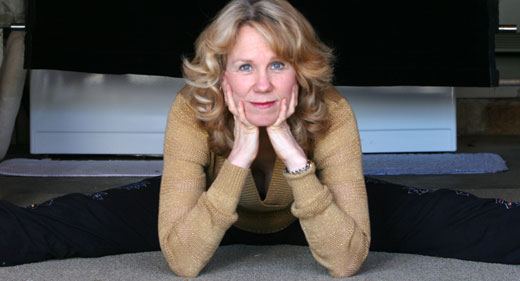 Anodea Judith Ph.D.  She is the author and co-author of several books, including the wildly popular Eastern Body, Western Mind, as well as Wheels of Life: the Sevenfold Journey reclaiming Mind, Body and Spirit through the Chakras, The Global Heart Awakens, Creating on Purpose: the Spiritual Technology of Manifesting through the Chakras, and the recently released Anodea Judith’s Chakra Yoga, which is a reinvention of her Chakra Yoga Teacher Training Manual. Anodea has garnered great acclaim through her work and conducts workshops and teacher trainings around the country and around the world.

Anodea spoke of how she first came into contact with the chakras back in 1975, when she went through what might be considered a spiritual transformation. It was during this time that she quit smoking, eating meat, and started reading metaphysical and philosophical texts. When she first encountered the chakras, she found that there was a Western patriarchal bias against the lower chakras, and she sensed that this was a distortion and that these chakras were important to our wholeness. Indeed, she refers to the whole chakra system as a “recipe for wholeness”.

This call to transcend our embodiment by moving “upward” through the chakras Anodea describes as a “philosophy of division”, one that instead should unite us to our earthly embodiment.

A MYTH ABOUT THE CHAKRAS

I then asked Anodea to mention some myths she’s heard about the chakras. She told me of one of the most common questions, which is “which way do the chakras spin?”  Anodea says the spin is so superficial to be not even relevant. “If you part your hair on the other side, will you become smarter?”

Her sense is that this desire to know the spin of the chakras is due to a bias toward the quick-fix prescription. “Let me just put a gem stone on my chakra and lay there, and everything will be fine.” This sensibility is, in Anodea’s eyes, a Western bias that we can heal without really doing the work. “Who’s got the magic potion?” People want some simple formula, and Anodea refuses to give it.

I asked Anodea about the difference between traditional methods of psychiatric health versus what the chakras offer. She describes them as a map of the journey through life. It doesn’t say we have to go to a particular place. It shows you the path to get there, if you want to take the journey. “It’s a deep map for our personal growth and society’s collective change.”

The chakras originate in the Tantric tradition, which is all about weaving together the polarities of life. “It is a philosophy of weaving polarities together, and through that weaving we get the fabric of reality.”

I then asked Anodea to take us on a journey through the chakras from a psychological perspective. Here is the schema she offers:

I asked Anodea why she thinks we’ve denigrated the body so much in our culture, and she offers a historical reason. There was a time when humans lived close to the earth and everything was about farming and the mundane aspects of life. When that dominated consciousness, there needed to be someone to open up another pole to experience – the spiritual perspective, which is what the axial age offered.

Oftentimes, when we discover something new, we make the old thing bad. There’s a tendency to denigrate what existed before because of the start of something new. This is what she sees as having happened when the spiritual dimension was opened – we turned away from the body. “The humans needed to find this other pole, the transcendent, but the mistake we made is that we denigrated the earth and the material world.”

We then turned to a more collective understanding of the chakras, and we discussed what Anodea refers to as the three major first chakra collective crises:

We then turned to a discussion of body armor, which is how energy forms the body. She describes the body as a “pranic tube”, and the chakras as portals between the inner world and the outer world. They allow energy in and out, or they don’t, in some cases. For example, if you grow up in an environment that is toxic, you would want to shut down around the throat chakra. The degree to which energy is permitted to move in and out determines how a body will form and contract around certain areas in order to compensate for an energy distribution.

“If we are wounded, we develop a particular body armor based on something we were trying to deal with at a certain stage.” A person’s psychological development can be seen written in the body. “The body is a storage battery for prana or charge.”

For example, if someone has a first chakra deficiency, someone who lives in their head, this makes for a very skinny body, called a “schizoid character structure”.

Anodea describes a practice that she uses in her workshops: “stand firmly and wherever I touch on your body, I want you to ground yourself, breathe and push back from the inside out.” This often helps ground a person with this body armor, because, for them, there is an invisible source constricting them into the core. During this practice, they expand; some gets softer.

I asked Anodea to get general for me and describe the most common American archetype of body armor.

She paints a picture of Americans as often very armored around the third and fourth chakras. Pulled out of their lower two chakras and not in their upper two chakras, they tend to expand around the middle. There is a generalization of people living in their interpersonal chakras, not in touch with personal nor with the transpersonal.

In academia, you see a lot of people in their heads. In politics and entertainment, you see the “challenger/defender”, gravitating towards power. They may be connected spiritually, but they tend to dominate and are developed in a power structure. And then she describes people in the “endurer structure”: just living day to day and bearing it.

Climate change, economic disparities; this is both a personal and a collective issue. Globally, Anodea sees us as moving away from an organizing principle around the third chakra, the chakra of ego and will. “We’re moving from the love of power to the power of love, from the chain of command to a web of connection.”