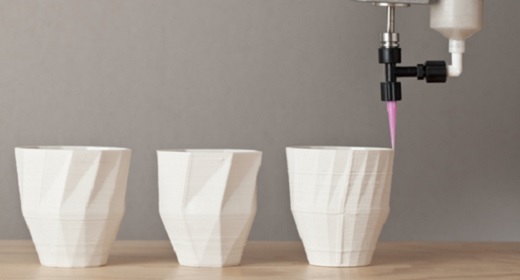 P.S. Send any tips to data@diamandis.com, and send your friends and family to this link to subscribe to Abundance Insider.

What it is: HRL Laboratories have created a way to 3D print flawless ceramics, including heat-resistant varieties that have never been 3D printed before. As Popular Mechanics describes, “The printing process is done by carefully etching 100 micron thick layers of the resin with a UV light, which fuses small molecular clumps (called monomers) into long plastic-like chains (called polymers). Once the plastic-like pre-ceramic part is printed, it’s forged in an oven, where it’s slowly cooked to 1,000 degrees Celsius in the presence of argon gas.”

Why it’s important: Ceramics are currently used in racecar brakes, jet engines and other high-temperature, high-pressure applications for a reason — they’re durable. But they’re also currently difficult to manufacture. 3D printing dematerializes kilns, demonetizes ceramics manufacturing and democratizes the ability for us all to be creators.

What it is: University of Nantes scientists have developed Si-HMPC, a foamy cement that could revolutionize how we set and treat broken bones and osteoporosis. Instead of a bulky cast, bone-filling glue is injected directly into the affected area, where it quickly sets and supports the surrounding bones.

Why it’s important: Biocompatible foams like this one could end bone diseases like osteoporosis. Another benefit for patients is the minimally invasive nature of this procedure (a simple injection).

What it is: Ukrainian startup XE claims it’s solved the biggest problem in wireless energy: proximity. Inspired by crystal radios, the XE team has created an efficient transmitter-receiver combination that will charge any of your smart devices’ batteries within a 5-meter (16 feet) radius. “The main breakthrough we’ve achieved is the antenna,” said XE founder Ivan Chuba to Ars Technica. “On our working frequency, which is in the SW band, you’d normally need a large antenna to receive the signal and pass it on to the converter. We have built an antenna capable of doing this that can be housed in an iPhone 6/6S case.”

Why it’s important: Wireless power is integral not just for consumer devices, but the entire Internet of Everything. As we move to a trillion-sensor planet, the ability to charge each of those gadgets, sensors and objects without plugging each one into a socket is crucial.

What it is: Lyft and General Motors have just formalized a strategic venture that cements both parties’ commitment to autonomous vehicles. GM will invest $500 million in Lyft’s $1 billion funding round, plus create a rental program for Lyft drivers and a network for self-driving cars. The partnership marks the most aggressive indication Lyft has made regarding its future use of autonomous cars.

Why it’s important: This is a glimpse of the near future, in which car ownership is unnecessary. Combine this news with our item last week describing Google’s partnership with Ford on self-driving cars, and we may be witnessing an inflection point in how U.S. automakers tweak their business models.

What it is: This week, Uber cars in Las Vegas are sporting a new accessory in honor of CES: Vinli. The hardware turns any car into a roving WiFi hotspot rife with in-car entertainment apps — just plug it into the car’s OBD II port and connect a smartphone to the device using Bluetooth. T-Mobile’s built-in 4G LTE will offer speeds equal to or better than average home Internet service.

Why it’s important: Vinli dematerializes the in-car dash entertainment system. By using a smartphone as the user interface, Vinli can offer a content-rich experience without being tied to any automaker’s technology.

Can Human-Machine Superintelligence Solve the World’s Most Dire Problems? 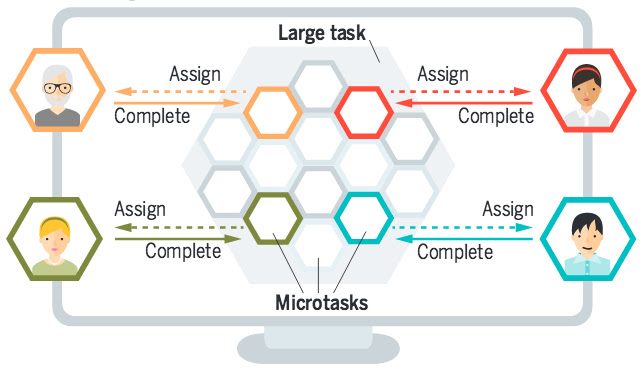 What it is: Joint research from Cornell and the Human Computation Institute supports a core Abundance 360 principle: human-technology teamwork can solve the world’s biggest problems. Researchers specifically cited “human computation,” or the act of combining human and computer intelligence in crowd-powered systems, as a potential approach to solve global challenges like climate change and geopolitical conflicts. YardMap.org and WeCureAlz.com are two human computation projects mentioned in the article.

Why it’s important: Peter often says that the crowd is the interim step for full-blown artificial intelligence. Until AI passes human cognition capabilities, the crowd is a powerful mechanism for near-infinite image processing and data analysis — especially when paired with computers that crunch, organize and prioritize this data.

What it is: We don’t hear much about wind power here in the U.S., but a recent report from the American Wind Energy Association reveals incredible progress. Today, over 50,000 wind turbines spread across 40 states and Puerto Rico provide 70 gigawatts of energy — enough to power 19 million homes. Wind power now represents 4.5% to 5% of total U.S. energy use, and has created 73,000 jobs.

Why it’s important: Evidence that renewable energy — and in this case, wind turbines — is continuing its deceptive growth. While 5% of total electricity use coming from wind doesn’t sound like much, consider that in 2007, this figure was under 1 percent.

What it is: Northwestern University researchers have created concrete using materials commonly found throughout Mars. This Martian concrete doesn’t use water, but sulfur: researchers heated it to 240 degrees C, at which point it becomes a liquid, and then mixed it with Martian soil as an aggregate. As the sulfur cools, it solidifies and binds the aggregate to create concrete.

Why it’s important: If we’re going to colonize other planets, we need to be able to create permanent structures. As humankind moves off the planet and into the solar system, the field of materials science becomes crucial. This Martian-friendly concrete enables us to replicate proven manmade building materials with elements and substances found elsewhere in the universe.

Indiegogo Wants Huge Companies to Crowdfund Its Next Big Products 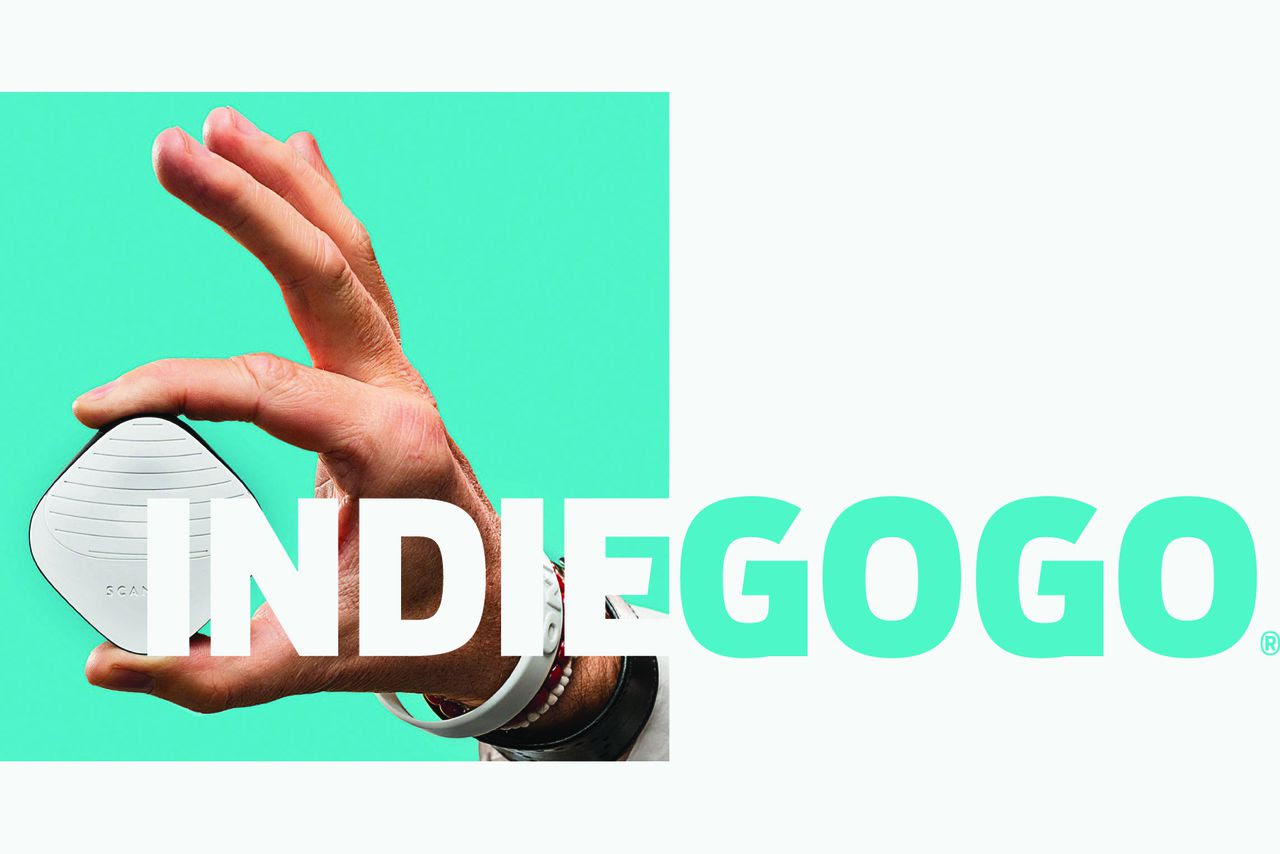 What it is: Crowdfunding platform Indiegogo has just launched Enterprise Crowdfunding, a new service that helps large companies use Indiegogo to crowdfund their next project. While large companies have always been free to use Indiegogo, this process offers a substantially improved support process and more robust analytics. As The Verge reports, “Companies that sign up will get Indiegogo’s assistance in picking out the right project to crowdfund, setting up and optimizing their campaign, and promoting the campaign once it’s up.”

Why it’s important: Crowdfunding, as we’ve shared at Abundance 360, is the ideal way to conduct market research and product development. Entrepreneurs of all shades have already been using crowdfunding to launch new initiatives, with great success — this Indiegogo initiative will help corporate giants disrupt themselves before they get disrupted by exponential entrepreneurs. 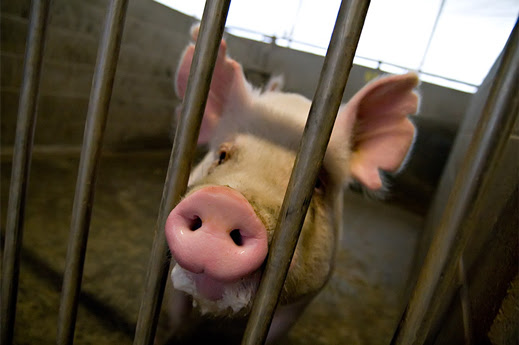 What it is: Last year, the National Institutes of Health announced it wouldn’t support studies that involve growing human tissue inside animals like pigs and sheep, but that hasn’t stopped some U.S. research centers from creating animal-human chimeras. “The human-animal mixtures are being created by injecting human stem cells into days-old animal embryos, then gestating these in female livestock,” MIT Technology Review reports. “The experiments rely on a cutting-edge fusion of technologies, including recent breakthroughs in stem-cell biology and gene-editing techniques.”

Why it’s important: When we can grow our own heart, liver and organ tissue on demand, transplantable organs transform from a scarce resource to an abundant one. This article also covers both sides of a controversial question: do the massive overall health implications of this form of tissue growth outweigh ethical concerns?

What it is: Imagine being able to detect contaminants, diseases and explosives from a single molecule. That’s exactly what researchers at Penn State have done, using a technique called SLIPSERS (a portmanteau of “slippery liquid-infused porous surface” and “surface-enhanced Raman scattering”). It can be used on a number of gaseous, liquid or solid samples of chemical and biological species.

Why it’s important: This specific technique could revolutionize environmental detection, but another abundance-minded nuance of this article caught our eye: the Penn State team is intentionally not seeking patent protection on SLIPSERS. “We believe that offering this technology to the public will get it developed at a much faster pace,” said Professor Tak-Sing Wong. “This is a powerful platform that we think many people will benefit from.” Putting this capability in the hands of entrepreneurs and researchers all over the planet opens up a new realm of possibilities.

What is Abundance Insider?

This email is a briefing of the week’s most compelling, abundance-enabling tech developments, curated by Marissa Brassfield in preparation for Abundance 360. Read more about A360 below.

At Abundance 360, Peter’s 250-person executive mastermind, we teach the metatrends, implications and unfair advantages for entrepreneurs enabled by breakthroughs like those featured above. The program is highly selective and we’re almost full, but we’re still looking for a few final CEOs and entrepreneurs who want to change the world. You can apply here.

Know someone who would benefit from getting Abundance Insider? Send them to this link to sign up.