by Gina Vivinetto: If being kinder is a goal for you, Matthieu Ricard has some good news. Kindness leads directly to happiness, says the 69-year-old Buddhist monk… 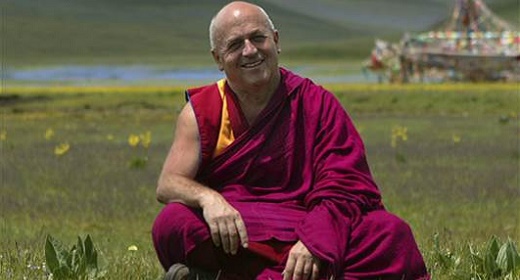 Ricard, often called the “happiest man in the world,” has undergone hours of MRI scans during which scientists found unusually high levels of upbeat activity in his brain— the highest ever recorded, in fact.

Ricard’s secret to happiness? Putting other people first. “I don’t know if it’s surprising or paradoxical but the best thing people can do to be happy is to do something for others,” he tells TODAY. The French-born Ricard earned a doctorate in molecular biology in the 1960s while also studying Buddhism. Eventually, he left his career and moved to the Himalayas to live as a monk. Yet, his research never stopped. His interest in the connection between kindness and happiness led the publication of several books including his 2015 international bestseller “Altruism: The Power of Compassion to Change Yourself.”

Acting with other peoples’ welfare in mind can transform us one by one, until ultimately we create an “altruistic revolution,” Ricard says. He defines altruism as simply “the wish that other people may be happy.” “There have been many studies that have shown that people who give are significantly happier,” Ricard says, citing Canadian psychologist Elizabeth Dunn’s study of adults who were given large sums of money. One group was instructed to spend the money on themselves. The other group was asked to share the money. “Some brought presents for children they knew, others bought lottery tickets and handed them out to strangers or they bought coffee and sandwiches for homeless people,” Ricard says. At the end of the day, the people who spent the money on themselves were no more or less happy than they were originally.

Meanwhile, the people who spent the money on others were significantly happier than they were originally. Of course, self-centered people who put themselves first may get what they want in an immediate sense, but that kind of happiness doesn’t last, says Ricard. They’re soon miserable again, with new reasons to put themselves first and so the cycle continues. “For them, emotionally it’s me, me, me all day long. It makes you not really happy, and quite miserable some times.” “The worst case is you will behave in ways that most people will not find very kind and open and benevolent, so your relationships will be degraded,” says Ricard. “And we know that the quality of our human relationships is one of the major factors of wellbeing and happiness.” Want to live a life filled with kindness and happiness? Ricard shares the following tips.

The key to being happy is to care about others so much, we put their happiness first. Ultimately it makes us happier, too.

There is no happiness center in the brain. Happiness results from a certain number of basic human qualities, says Ricard. He calls it a “flourishing” of good qualities like compassion and empathy. “It’s an inner freedom,” he says. “Freedom from animosity, freedom from greed, freedom from craving — all those toxins that poison your own happiness and that of others.”

3. Focus on the intrinsic value of things.

Enjoy a beautiful view for what it is, he says. “Enjoy a moment at home when you are just sitting quietly, or if you are in the big city and you see all the lights, the blue skies — anything beautiful.”

We are connected with nature, says Ricard. Being too far away from nature for too long makes us depressed. Ricard cites a study of hospital patients recovering more quickly when they could see trees and other nature outside of their windows.

5. Teach yourself to meditate.

Studies show that meditating for 20-25 minutes a day for just eights weeks has been proven to boost empathy and reduce stress. But first, demystify the process of meditation.