What I Learned From David Bowie’s Meditation Teacher

by Ed and Deb Shapiro: I grew up in London at the same time as David Bowie was becoming known there in the sixties… 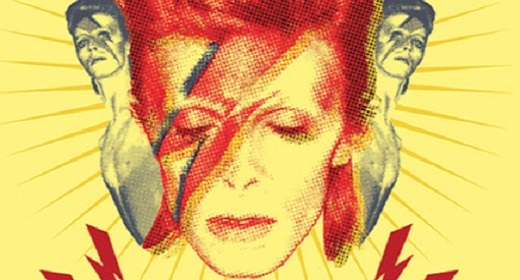 Bowie was only 17 when he met meditation and Buddhist teacher Lama Chime Rinpoche, who he studied with and remained close to (chime video). It was the first step for Bowie to becoming a world-class humanitarian who gave a voice to the voiceless.

Lama Chime had escaped from Tibet in 1959 after the Chinese invasion. He came with both Chogyam Trungpa Rinpoche and Akong Rinpoche, who supported them all by working as a hospital orderly. Apart from teaching Chime also worked for many years in the British Museum as Curator of Ancient Tibetan Manuscripts alongside my stepfather Richard, who was the Curator of the British Library. Which is long way of saying that Chime was very close to my stepdad and a dear friend to my mother, who helped teach him English, as well as a mentor and teacher to myself.

I was in a meditation group Chime was teaching at his center Marpa House, near Cambridge, the first Tibetan Buddhist center in England, when a man at the back spoke up.

“Look at me. I have been meditating a very long time but I still want things. I still want good food to eat and clean clothes to wear; I want a warm house, and to be with my wife and family. The difference is that if I don’t get these things then it doesn’t matter.”

That was in 1975 and the teaching has stayed with me for the last 40 years, influencing my every desire: if the wanting is not fulfilled then it just doesn’t matter.

There is much misunderstanding regarding meditation; people have all sorts of taboos about this practice of just being still, sitting quietly and paying attention. Yet when the mind is quiet our awareness goes deeper and many inner treasures become available. A quiet mind is peaceful, joyful and compassionate, because these qualities already exist within us all. Meditation simply enables us to connect to them.

Ed & Deb are hosts of Going Out Of Your Mind radio on VividLife.me. They are the authors of the bestselling book, Be The Change. Deb is the author of Your Body Speaks Your Mind, now in 19 languages. They have three meditation CDs. See more at EdandDebShapiro.com