Chakras Ancient And Modern: How Do We Know What Is Real

by Anodea Judith Ph.D: A recent article has come to my attention by Chris Wallis concerning his scholarly research into the ancient writings 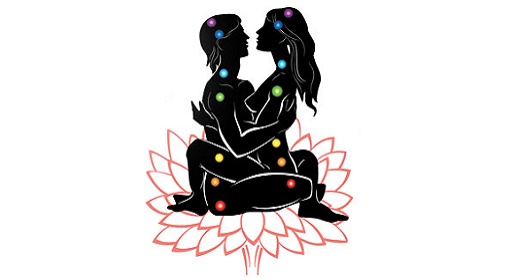 on the chakras, and his debunking of modern or Western writings, including my own.

“The Six Most Important Things You Never Knew About the Chakras” is circulating widely among the yoga community and I am very grateful for the opportunity to open up some juicy dialog on the subject. I hope we can all benefit from this and that the entire subject of the chakra system continues to evolve as a result.

First of all, I want to thank Chris for his extensive research into the subject, made possible by his lifetime studies and knowledge of Sanskrit. I’ve been waiting for someone to dig deeper into ancient sources and bring more information to light. Pouring through ancient manuscripts was not my karma in this lifetime. Working with real people is.

Wallis’ perspective is a valuable contribution to the growing pile of modern literature on the subject, which is often woefully contradictory, so I have no surprise that he states that the ancient literature was also contradictory. I myself often wince at many of the “new age” associations that I hear as I travel about, and find that while the chakras have somehow gripped the modern world, there is a vast range of interpretation about what they mean and how to engage with them, much of it rather fluffy and groundless.

I have never claimed to be a Sanskrit scholar. I read Arthur Avalon’s, The Serpent Power, some 35 years ago with a Sanskrit dictionary close at hand, doing the best I could to make sense of what Wallis even admits is “relatively incoherent and confusing.” Goswami’s book Layayoga, which is almost as obscure, does indeed support what Chris has said about the practice around the chakras having originally been largely meditative, primarily using mantras and visualization of deities and symbols.

I’m also aware that Mark Singleton, in his well-researched book “Yoga Body: The Origins of Modern Posture Practice” suggests, with much scholarly footnoting, that most of the yoga asanas we practice today are a modern derivation influenced by European gymnastics a century ago, and that ancient yoga practice had far fewer postures. And we all know, many of the branches of yoga taught today take liberties with exploring new forms of practice. 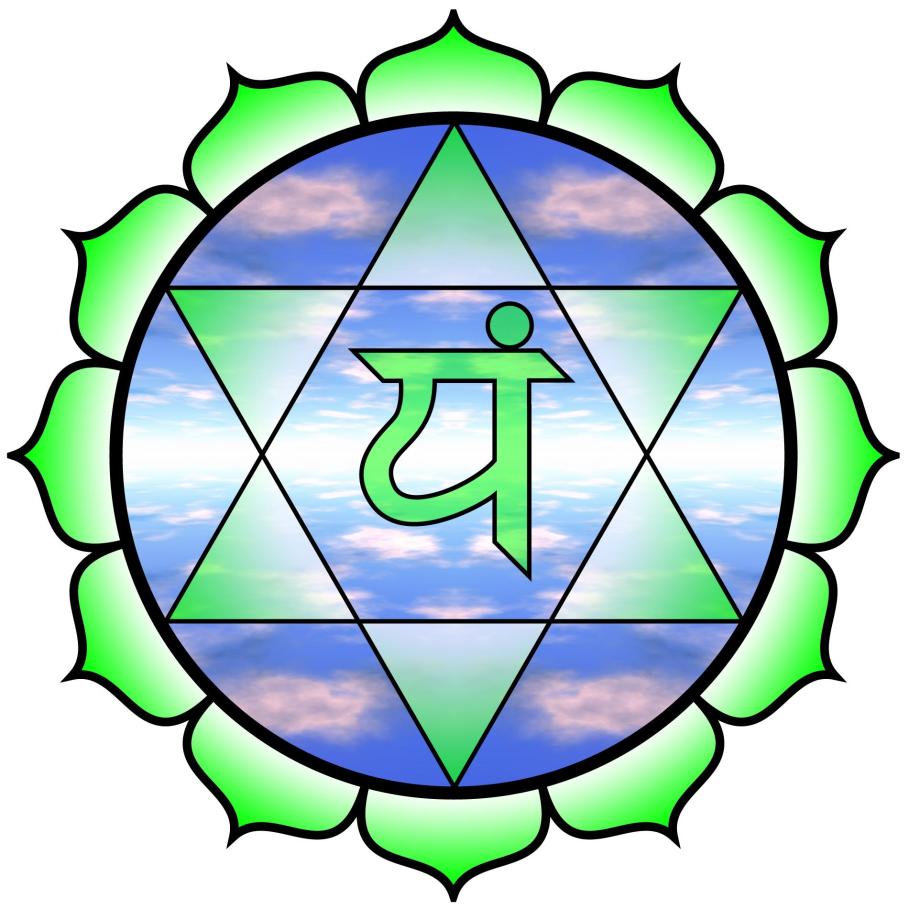 Spiritual systems naturally evolve over time. This evolution is absolutely essential, as we gain ground over the centuries in our understanding of science, psychology, and the physical body, and as we get exposed to a wider variety of teachings from across cultures and time periods. Humans have never before had access to so much spiritual diversity.

The trouble with anything written down about religion, whether it is written in the Bible, the Koran, stone tablets, or Sanskrit texts, is that the written word is static, while life is dynamic, constantly changing and evolving.

Religious texts that have endured through time, always lag behind the times in which they are actually practiced. In fact, one simple example of this is that the vast majority of writers about yoga throughout the ages appear to be men, while the modern yoga world today appears to be about 80% women.

We live in a far different world than our ancestors, who never spent hours at a computer, drove a car, or texted on cell phones. They did not face the destruction of their environment, the assault of modern technology and pollution. Nor did they have the freedom that our modern world offers us, to be exposed to a wide range of philosophy from diverse cultures, and actually have time freed up from survival to practice and experiment with different forms of meditation, body practices, diet, contemplation, prayer, service or other spiritual practices – while leading a “householder” life – working, raising children, etc.

Our bodies, minds, and spirit need different things now. We have a better understanding of nutrition, chemistry, biology, psychology and the world around us. Our systems have evolved as they must. What is traditional is extremely important, but we must look at all texts in the context of the times they were written.

My own research has been more focused on the human condition, primarily through studying psychology and various healing disciplines, including yoga, but also through studying Western mystery traditions and comparative religion, history, sociology, and evolution.

Having read Arthur Avalon’s, Serpent Power, and other writings (including Leadbeater’s theosophical book, The Chakras, written in 1927) at the time I was writing Wheels of Life, 30 years ago, and pairing the many sources listed in its bibliography with my knowledge of human psychology, modern science, social history, and metaphysics in general, I saw in the chakras a profound map of evolution that was capable of healing the separation of mind and body, heaven and earth, spirit and matter, purusha and prakriti, that is the true purpose of the Tantrik teachings as I have come to understand them.

I also knew that this model needed some updating if it was ever going to be embraced by the modern world. I know, because I originally tried to talk about it esoterically, only to fall on deaf ears. Of course, at the time, I had no idea that what I was writing would become so popular, that the chakras would become a household word, or that my 40 years of teaching and working with the chakras would continue to reveal to me such a wide range of application.

I agree with Wallis that the ancients did not give mention to modern psychological constructs that I put forth in my book, Eastern Body, Western Mind. That kind of thinking barely existed before Freud came on the scene, in the early 1900’s. In addition, no modern or ancient text has suggested that we use the downward route through the chakras as a way to manifest heaven on earth, that I put forth in my book, Creating On Purpose, co-authored with Lion Goodman. Neither has anyone applied the chakra map to human cultural evolution as I did in my book The Global Heart Awakens, where I suggest, through a long analysis of Western Civilization that we are now undergoing a global rite of passage from third chakra to the fourth or from an organizing principle based on the love of power to one based on the power of love.

These are all original and creative interpretations, based on the elegance of a model that presented itself to me four decades ago when I first read the word “chakra” in a book by Ram Dass and felt a shot of energy go through me that has been the guiding influence of my life ever since.

So What is Real?

What I object to in Wallis’ article is the idea that the ancient texts have theonly description of what is “real.” He himself even admits that there are many chakra systems, coming from different writers at different periods, and that even they don’t all agree on the number of chakras or locations.

So let’s beg the question: What is real? 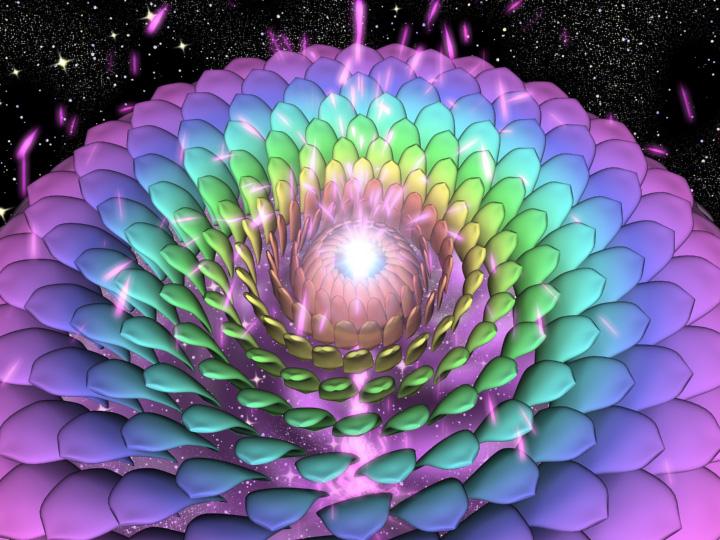 I would answer that human experience is real. When someone feels the activation of one of their chakras and experiences the Shakti coursing through their body, whether you call it CHARGE, as I do in my upcoming online course on the subject, or we call it prana, chi, The Force, or any other name, that person’s experience is real. And real experience varies from person to person. All religious texts come through human experience, each one through a different vessel, whether divinely inspired or not. No one has the last word on what “is.”

When I teach yoga, for example, I don’t stick to anyone’s particular theory of whether the tailbone should be placed in this or that position, but encourage my students to see for themselves, what happens energetically in a pose with the tailbone either pressed forward or tucked back, to actually feeltheir alignment from inside and not take any teacher’s word for it. We learn from inside our bodies, something that I think is vitally important in this externally imposed, mechanical world that tells how to move and think and feel.

When I teach bioenergetic exercises for the chakras, I see with my own eyes the person in front of me making contact with their vital life force in different areas of the body, returning to the sacred within themselves, and awakening to their divine nature. It is not for me to say whether that’s real, but for the person who experiences it. I only know what I’ve been told over the decades. When people tell me in emails and personal conversations that my books changed their life, brought them healing, or guided them in some positive way, I tend to believe we are working with something that is not only real, but something that works.  Even so, I am constantly evolving it, or rather “we” are all evolving it.

What I object to is anyone, myself included, stating that “this is the one true right and only way.” We are here to learn, to experiment, and to evolve. Wallis says to “tell your yoga students that every book on the chakras presents only one possible model.”  I couldn’t agree more. Take it all with a grain of salt. The proof of any method is its results.

So I appreciate the rich conversation that this article stirs up. I appreciate the questioning of assumptions, whether ancient or modern. And now that I have contributed my two cents to the subject, what I’m really curious about is what do you, the readers of these posts, think about all this? Please share your comments.