Poet And Philosopher David Whyte On Anger, Forgiveness And What Maturity Really Means

by Maria Popova: “Our emotional life maps our incompleteness,” philosopher Martha Nussbaum wrote in her luminous letter of advice to the young… 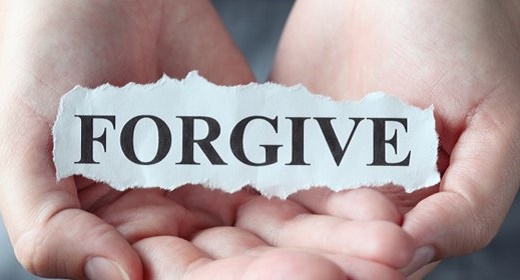 “A creature without any needs would never have reasons for fear, or grief, or hope, or anger.” Anger, indeed, is one of the emotions we judge most harshly — in others, as well as in ourselves — and yet understanding anger is central to mapping out the landscape of our interior lives. Aristotle, in planting the civilizational seed for practical wisdom, recognized this when he asked not whether anger is “good” or “bad” but how it shall be used: directed at whom, manifested how, for how long and to what end.

This undervalued soul-mapping quality of anger is what English poet and philosopher David Whyte explores in a section of Consolations: The Solace, Nourishment and Underlying Meaning of Everyday Words (public library) — the same breathtaking volume “dedicated to words and their beautiful hidden and beckoning uncertainty,” which gave us Whyte on the deeper meanings of friendship, love, and heartbreak.

Many of Whyte’s meditations invert the common understanding of each word and peel off the superficial to reveal the deeper, often counterintuitive meaning — but nowhere more so than in his essay on anger. Whyte writes:

ANGER is the deepest form of compassion, for another, for the world, for the self, for a life, for the body, for a family and for all our ideals, all vulnerable and all, possibly about to be hurt. Stripped of physical imprisonment and violent reaction, anger is the purest form of care, the internal living flame of anger always illuminates what we belong to, what we wish to protect and what we are willing to hazard ourselves for. What we usually call anger is only what is left of its essence when we are overwhelmed by its accompanying vulnerability, when it reaches the lost surface of our mind or our body’s incapacity to hold it, or when it touches the limits of our understanding. What we name as anger is actually only the incoherent physical incapacity to sustain this deep form of care in our outer daily life; the unwillingness to be large enough and generous enough to hold what we love helplessly in our bodies or our mind with the clarity and breadth of our whole being.

Such a reconsideration renders Whyte not an apologist for anger but a peacemaker in our eternal war with its underlying vulnerability, which is essentially an eternal war with ourselves — for at its source lies our tenderest, timidest humanity. In a sentiment that calls to mind Brené Brown’s masterful and culturally necessary manifesto for vulnerability — “Vulnerability,”she wrote, “is the birthplace of love, belonging, joy, courage, empathy, accountability, and authenticity.” — Whyte adds:

What we have named as anger on the surface is the violent outer response to our own inner powerlessness, a powerlessness connected to such a profound sense of rawness and care that it can find no proper outer body or identity or voice, or way of life to hold it. What we call anger is often simply the unwillingness to live the full measure of our fears or of our not knowing, in the face of our love for a wife, in the depth of our caring for a son, in our wanting the best, in the face of simply being alive and loving those with whom we live.

Our anger breaks to the surface most often through our feeling there is something profoundly wrong with this powerlessness and vulnerability… Anger in its pure state is the measure of the way we are implicated in the world and made vulnerable through love in all its specifics.

One need only think of Van Gogh — “I am so angry with myself because I cannot do what I should like to do,” he wrote in a letter as he tussled with mental illness — to appreciate Whyte’s expedition beyond anger’s surface tumults and into its innermost core: profound frustration swelling with a sense of personal failure. (Hannah Arendt captured another facet of this in her brilliant essay on how bureaucracy breeds violence — for what is bureaucracy if not the supreme institutionalization of helplessness?)

With remarkable intellectual elegance and a sensitivity to the full dimension of the human spirit, Whyte illuminates the vitalizing underbelly of anger:

Anger truly felt at its center is the essential living flame of being fully alive and fully here; it is a quality to be followed to its source, to be prized, to be tended, and an invitation to finding a way to bring that source fully into the world through making the mind clearer and more generous, the heart more compassionate and the body larger and strong enough to hold it. What we call anger on the surface only serves to define its true underlying quality by being a complete but absolute mirror-opposite of its true internal essence.

Illustration by Marianne Dubuc from ‘The Lion and the Bird.’ Click image for more.

In a related meditation, Whyte considers the nature of forgiveness:

FORGIVENESS is a heartache and difficult to achieve because strangely, it not only refuses to eliminate the original wound, but actually draws us closer to its source. To approach forgiveness is to close in on the nature of the hurt itself, the only remedy being, as we approach its raw center, to reimagine our relation to it.

Echoing Margaret Mead and James Baldwin’s historic dialogue on forgiveness, Whyte — who has also asserted that “all friendships of any length are based on a continued, mutual forgiveness” — explores the true source of forgiveness:

Strangely, forgiveness never arises from the part of us that was actually wounded. The wounded self may be the part of us incapable of forgetting, and perhaps, not actually meant to forget, as if, like the foundational dynamics of the physiological immune system our psychological defenses must remember and organize against any future attacks — after all, the identity of the one who must forgive is actually founded on the very fact of having been wounded.

Stranger still, it is that wounded, branded, un-forgetting part of us that eventually makes forgiveness an act of compassion rather than one of simple forgetting. To forgive is to assume a larger identity than the person who was first hurt, to mature and bring to fruition an identity that can put its arm, not only around the afflicted one within but also around the memories seared within us by the original blow and through a kind of psychological virtuosity, extend our understanding to one who first delivered it. Forgiveness is a skill, a way of preserving clarity, sanity and generosity in an individual life, a beautiful way of shaping the mind to a future we want for ourselves; an admittance that if forgiveness comes through understanding, and if understanding is just a matter of time and application then we might as well begin forgiving right at the beginning of any drama rather than put ourselves through the full cycle of festering, incapacitation, reluctant healing and eventual blessing.

Illustration by Marianne Dubuc from ‘The Lion and the Bird.’ Click image for more.

This question of maturity, so intimately tied to forgiveness, is the subject of another of Whyte’s short essays. Echoing Anaïs Nin’s assertion that maturity is a matter of “unifying” and “integrating,”he writes:

MATURITY is the ability to live fully and equally in multiple contexts; most especially, the ability, despite our grief and losses, to courageously inhabit the past the present and the future all at once. The wisdom that comes from maturity is recognized through a disciplined refusal to choose between or isolate three powerful dynamics that form human identity: what has happened, what is happening now and what is about to occur.

Maturity is not a static arrived platform, where life is viewed from a calm, untouched oasis of wisdom, but a living elemental frontier between what has happened, what is happening now and the consequences of that past and present; first imagined and then lived into the waiting future.

Maturity calls us to risk ourselves as much as immaturity, but for a bigger picture, a larger horizon; for a powerfully generous outward incarnation of our inward qualities and not for gains that make us smaller, even in the winning.

Maturity, Whyte seems to suggest, becomes a kind of arrival at a sense of enoughness — a willingness to enact what Kurt Vonnegut considered one of the great human virtues: the ability to say, “If this isn’t nice, what is?” Whyte writes:

Maturity beckons also, asking us to be larger, more fluid, more elemental, less cornered, less unilateral, a living conversational intuition between the inherited story, the one we are privileged to inhabit and the one, if we are large enough and broad enough, moveable enough and even, here enough, just, astonishingly, about to occur.

Consolations, it bears repeating, is an absolutely magnificent read — the kind that reorients your world and remains a compass for a lifetime. Complement it with Whyte on ending relationships andbreaking the tyranny of work-life balance.