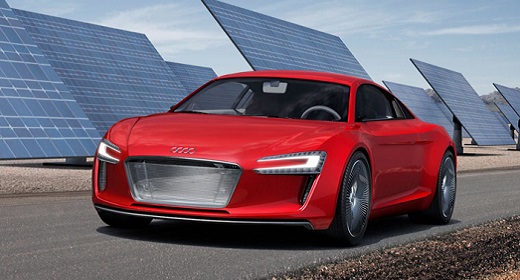 will soon represent a large percentage of their overall business.  Slowly, but surely, the number of automakers announcing long-term commitment to electric cars keeps increasing. Lately, many luxury-car makers have embraced electric drive technology, as well, which might be taken as a sign that the entire auto industry is headed towards an electric-car revolution.

German automaker Audi is one of the latest manufacturers of luxury vehicles to decide to launch a large lineup of battery-powered cars. During the Los Angeles Auto Show, the company announced that it expects 25% of its sales in the United States to be electric vehicles by 2025. This refers to both plug-in hybrids and all-electric vehicles.

This statement was made by Scott Keogh, president of Audi of America, and was reported by Green Car Reports. It comes as a bit of a surprise and it seems a bit too ambitious, given that Audi has yet to launch an electric car in the U.S.

Towards the end of this year, the A3 Sportback e-Tron is expected to hit U.S. dealerships, and it will be the company’s first plug-in model in the North American market. The car’s powertrain consists of an electrical system that includes an 8.8-kWh lithium-ion battery and a 102-hp electric motor, paired with a 1.4-liter TFSI engine, delivering an additional 2014 horsepower. 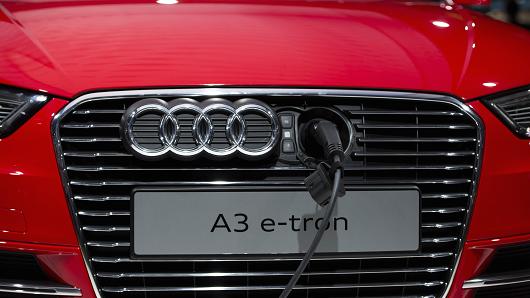 In addition to the 2016 A3 e-Tron Sportback, Audi’s plug-in fleet for the U.S. market is expected to include the Q7 SUV hybrid, which is due to launch in 2016, along with an all-new pure electric luxury SUV, that the company hopes will be able to compete with the Model X SUV that was recently introduced by Tesla Motors. Audi has said that the upcoming SUV will have a range of up to 311 miles, so it may well have what it takes to rival the Model X. Most of the other vehicles that are supposed to comprise 25% of all U.S. sales for Audi in 2025 will probably be plug-in and all-electric versions of existing models.

On top of launching a long-range all-electric vehicle, Audi is well aware that it needs to provide the appropriate support for it, which means an extensive fast-charging infrastructure, similar to the one offered by Tesla. The German company recently announced that it will build a network of fast-charging stations across the United States, where Audi’s EVs will be able to recharge up to 80 percent in about 30 minutes, and they are expected to be available for use in about three years.

While Audi’s plan is definitely good news for electric-car enthusiasts and environmentally-conscious car buyers in general, it’s difficult to predict whether it will be realized as the company had imagined. Their goal seems to be a bit too optimistic and ambitious, considering that Audi would have to sell about 500,000 electric vehicles per year to meet it, which doesn’t sound very realistic at the moment. In 2014, just over 130,000 EVs were sold in the United States, so for one company to be able to sell half a million by itself in a couple of years would truly be an amazing and surprising feat.