Guru Singh:  We’re entering a new era of evolution — an era that’s never been known before 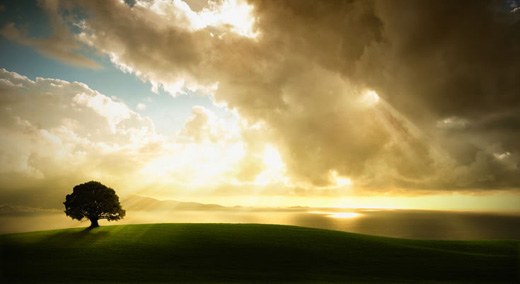 . . . we’re entering the era of enlightenment. This is not “Pollyanna” — this is evolution’s necessity . . . there’s no other way for seven, eight, nine and ten billion people to occupy this small planet without destroying each other in the process, and evolution is reacting. Imagine — not competing religions — but twenty million Buddhas; twenty million women and men with the consciousness of Jesus . . . all walking the planet at the same time. Not gathering disciples, for that’s the style of the past, but teaching and training anyone who is ready, willing and able, to reach this same level of awakening . . . sharing their enlightenment, not protecting it as the secrets of a power base.

This new time is without competition and comparison, it’s about compassion and openly sharing the wealth of wisdom. It’s evolution reacting to the times we’re currently experiencing . . . times of distrust, of competition and violence. This is not about idealism, it’s about the balance that always prevails in the material universe . . . it’s the reaction, reacting to the current actions. Not a moment too soon either . . . the Earth is collapsing under this violent pressure — seven-plus billion people all competing for space and resources is clearly not working.

This new time will not take place without disruption — this disruption and violence are the driving “triggers” that keep the solution evolving. And as this solution evolves, everything that’s found power in secrecy and exclusivity will feel threatened . . . when the powerful feel threatened they use their power to protect their exclusivity. This is the root of the violence we’re currently experiencing. But as this new renaissance unfolds, the differences will become the opportunities.

Our prayer is that you see this coming, and you see yourself as a leader in this evolving solution; that you see this as the natural reaction to the current activities of violence and never lose hope . . . this new era is fast approaching and you’re one of the reasons why . . . you’re just in time.