by Gopi Kallayil: Small is truly beautiful. A single email winged its way from the Dalai Lama’s office to my Google colleagues in India 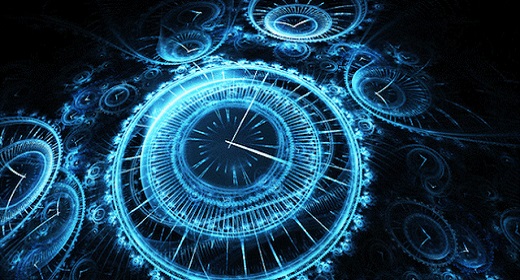 and then on to the United States followed by Korea before landing finally in my inbox.  It expressed an interest that the Office of the Dalai Lama had in the product I am working on—Google+—and it started me noodling some ideas on a piece of paper. One of them was to put together The Dalai Lama with Archbishop Desmond Tutu in a Google+ Hangout and allow thousands of people to view it live on the Internet. I told a few colleagues about this random and crazy idea and left it at that.

Five days later, a Googler from South Africa, Jonathan, called me at home at one in the morning. I had never met him before and yet he made the following request: “The Arch’s (Archbishop Desmond Tutu’s) birthday is coming up this Saturday and his friend the Dalai Lama was to be the main guest, delivering a talk on peace and compassion. He has applied for a visa but hasn’t been granted one yet, so the Arch’s office has asked if we could use technology to find a solution?”

Jonathan had found me pretty much at random by searching the internal directory and deciding based on pure intuition that I was the person to call. He apologized profusely for calling so late out of the blue, but I told him it was moments like this that make working at Google so truly special. Jonathan has since told me that my actual words in that conversation were: “Around here, the impossible takes one or two days. The miracles take a little longer—like maybe three.”

So, a mere seven days after I put my original intention down on paper, The Dalai Lama stepped in front of a Google+ Hangout window on a computer in his house in Dharamsala, India. Half a world away, Archbishop Desmond Tutu stepped in front of another Google+ Hangout window on a computer at The University of the Western Cape, in Cape Town, South Africa. He waved at his dear friend and spiritual brother and chuckled, “I can see you clearly.” The rest is now history.

Why those two independent requests, originating from the offices of two Nobel Peace Laureates 6,000 miles apart, ended up in my inbox is a great mystery. What emerged from this is a marvelous event on a global scale, but the back story to my involvement is also mystical to me.

Thirteen years ago, I wrote a list of goals for my life that included a desire to meet the Dalai Lama in person. Over the years, things started coming together. I walked into the back of a bookstore and saw a poster announcing that he was speaking nearby the following week. I then heard him speak several times—almost by chance—in places as far apart as Sydney and San Francisco, and at Stanford University. But as I returned to the Google office from that talk, it struck me that I had not done much about my goal to meet him in person and did not know where to start. Perhaps a good first step would be simply to ask someone?

The first person I ran into was Meng, a Google engineer with some affiliation with meditation research and projects that I know are of interest to the Dalai Lama. I told him that I wanted to meet the Dalai Lama in person. Deadpan, he replied, “Sure, that can be arranged, what are you doing two weeks from now? Can you be in Dharamsala in India? My friend Lama Tenzin is setting up a meeting for some others and I can ask him … ” Two weeks later I was on a plane to Dharamsala. Sometimes when you ask the universe, it opens a door and you must walk through it.

Right up until a few hours before the meeting, I did not know if it would happen; I had not heard from Lama Tenzin, who was also traveling from the United States to Dharamsala and was out of contact. But this is exactly the kind of thing I am willing to travel 36 hours half way around the world for: just to show up and knock on a door in the hope that it might open.

After three days of hanging around the Dalai Lama’s monastery in Dharamsala, I received confirmation that he would meet me. I was fortunate to experience a 45-minute audience with His Holiness, during which he discussed a wide-ranging set of topics from compassion to human values to happiness to neuroplasticity and mental training. It will always be one of the most cherished memories of my life.

It was so moving and his humanity so touching that when I said good-bye there were tears in my eyes. He gave me a “Katta” (a white cloth with Tibetan chants inscribed) as a blessing that I brought back with me and hung above my desk so that it would rain blessings on the entire Google+ team. It worked.

Zooming forward to October 5, 2011, the morning after my phone call from Jonathan in South Africa, I sat discussing a possible solution with Loren, the Product Manager for Google+ Hangouts, in our usual place under  the Katta. Five hours later, Loren was on a 33-hour journey to South Africa. What was remarkable, I found out later, was that Loren had never before traveled outside the country. He got a passport just a few months earlier, thinking it may be a good idea to start traveling internationally. A dozen of us from Google in four different countries around the world swung into action—we had just 60 hours to make it happen.

As Jonathan described it, “It wasn’t even a full day since the initial discussion with the Archbishop’s office and the project plan was in place. Googlers were moving around the globe to make this happen. Dan from the Stockholm office was traveling to join Loren in Cape Town. In New Delhi, Guneet Singh had mobilized the India team, and Ashish had driven 12 hours across India to the Dalai Lama’s house in the Himalayas. The velocity of this team was astonishing. I was already getting a strong sense of what is possible when a group of passionate Googlers put their minds to something.”

The best part for me was seeing how these were just two old friends who really wanted to spend a birthday together. We allowed them to reminisce about old times, poke fun at each other, and share a good hearty laugh. Directly after the event, I spoke to the Archbishop and with great emotion in his voice he looked at me said, “Thank you so much for making this happen; it was so very special to me.”

Similarly, in India my colleague Ashish relayed to us: “In my very brief chat with The Dalai Lama, I found him really pleased to see his friend over the hangout. For me, the Google moment was when he bowed down and said, ‘Thank you very much for all your help.’ I felt really great and proud to be representing Google there.”

Leading up to the event was high pressure for everyone as unexpected problems cropped up. There was a power failure 15 minutes before the Hangout, after which a South African Secret Service Agent was dispatched to guard the site’s switchboard. As it happened, the main undersea Internet cable to South Africa was cut just 20 minutes after the event had finished.

But the Hangout itself was flawless. From their offices, living rooms, and bedrooms, thousands of people on Google+ watched this historic dialogue unfold live. The previous thirteen Dalai Lama’s had hardly traveled beyond Tibet. And now here was the 14th Dalai Lama chatting with Desmond Tutu, and it felt like it was happening in your house.

In a mere seven days, a crazy idea I put on a piece of paper had transformed itself from intention to manifestation. It makes me think: what else might be achieved?