The Battle To Fuel The Future Of Cars

The brightest minds in the automotive world are going head to head to decide how you will power your car in the future. 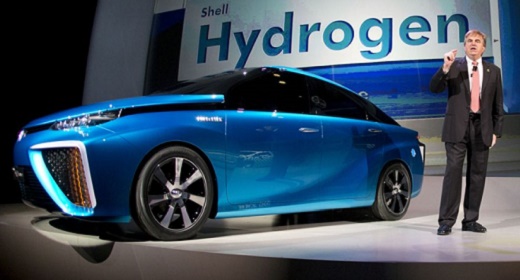 Will the car you drive run on hydrogen or will it be powered by a battery? The aim of both hydrogen and electric powered vehicles is to provide the world with cars that run as well as traditionally fuelled models, while reducing the carbon footprint of the automotive industry as a whole.

Both hydrogen and battery electric vehicles currently produce zero emissions, but that does not necessarily tell the whole story as the energy they run on has to be produced somehow.
Proponents of hydrogen point to how ubiquitous the element is and how much more power a hydrogen fuel stack can produce when compared to a battery.

They will also point out how limited battery technology currently is and how this is a limiting factor in the performance of battery electric vehicles. Fans of electric cars will retort by saying how much more mature, and green, the infrastructure for electric cars is when compared to hydrogen powered vehicles. If you are still trying to decide which fuel will be dominating the future of driving, then why not read this infographic to find out the facts about both?