We Are All Connected

by Gopi Kallayil: I am walking along the banks of the Yamuna River in Brindavan, India… 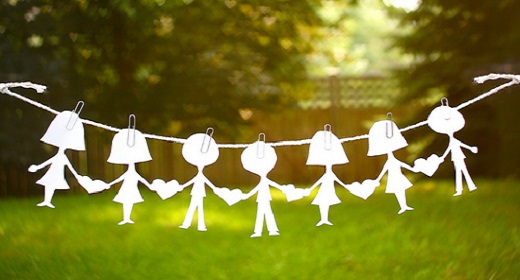 Every Bhagavad-Gita-quoting pundit-philosopher here is happy to talk to me about the interconnection of all human beings, the oneness of all humanity. This oneness is a core philosophy espoused by Krishna in the Bhagavad Gita, and this is where it all originated. Brindavan is the cosmic playground where the blue-skinned, flute-playing, impossibly good-looking Krishna cavorted with his thousand beautiful milkmaid girlfriends—his gopis—on a scale reserved for the gods.

Now, five thousand years later, I see how it is all playing out, starting with a modest mobile phone. With my own phone forgotten in the business center at the Dubai International Airport, I decide I need to stay connected even as my assistant is working on retrieving my phone and getting it shipped to me. What if one of the milkmaids, the gopis, wants to call me? Having been named after Krishna as Gopinath, the Lord of the Gopis, I think it quite possible that the phone may ring. A five-minute transaction in a small store in a bylane next to the iconic Krishna Balaram temple (in a town with five thousand temples) is all I need to walk out armed with a number and a phone in my hands.

I contemplate the power I am holding. These little things are now the 79th organ in the human body. Of course it hasn’t always been this way. I recall that in my childhood, every summer my parents would ship me off to our home village of Chittilencheri in Kerala, so that I could run wild with my cousins and drive my grandparents crazy. Watch the rice grow in my grandfather’s waterlogged paddies ploughed by water buffaloes. Or join my grandmother as she milked our single cow and then made me drink the fresh milk almost straight from the cow’s udder (with a little boiling in between) so that I could be shipped back to my parents with chubbier cheeks. Back then in Chittilencheri, for a village of 20,000 people we had three phones. One in the post office, one in the medical store, one in the school headmaster’s office. They had two-digit numbers and an operator manually connected you to the number you wanted by pushing wires into sockets. I considered myself a child prodigy because I carried the whole phone book for the village in my head. I still do—31, 32, and 33.

Today as I return with my parents for a ceremony in the village temple dedicated to the presiding goddess, Cherunatturi Bhagavathy, I notice that everyone walking the small pathways along the rice paddies has a mobile phone. Tucked into little bundles in the folds of their white mundus is an amazing amount of power to manifest human interconnection.

There are an estimated 6 billion mobile cellular connections on the planet. Assume for a minute that each one of them is in the hands of a different member of our human family of 7 billion people. Then think about what is now possible: that Velayudhan, walking along the paddy fields, whose father Ponnuchamy ploughed my grandfather’s paddies, can punch in 15 digits and—standing next to Valiya Kandum, the big paddy field in front our house—have a conversation with any one of his 6 billion brethren. He can capture an image of the buffalo in front of him and send it racing to cousin Krishnan kutty working in a hotel in Dubai.

Geography is not an obstacle anymore. Distance is not a hurdle. Nor is language, because free online translation tools can help us translate between language pairs from a choice of 70+ languages. Hindi to Hmong, Gujarati to Greek, Tamil to Turkish. So Velayudhan can type in Tamil and have it sent in Russian to Tatyana from Novosibirsk. This is an unprecedented capability of connection that humanity is experiencing. All from the middle of the paddies of Chittilencheri where six years ago, when I brought my Wharton classmates Hal, Brian, Melissa, and Laura to visit, they were among the first Westerners to set foot here.

Sitting at the airport in Thiruvananthapuram, where I studied at the local Government Arts College, I decide to push the boundaries some more. The snack shop also doubles as a gateway to the world. Three Internet-enabled terminals tempt me. Just a hundred rupees ($2) for an hour includes a free cup of masala chai with copious amounts of elaichi, inchi, cloves and other spices that grow in the fertile, moist hillsides of Kerala. I invite the world to join me at the Thiruvananthapuram airport in a public chat on video.

First one to find me is Murino Norinho from Sao Paolo. He speaks Portuguese. But using translation tools, we start a merry banter going back and forth between Portuguese and English. Vinil Menon from Kochi, India, joins us, tempted by my name and location. He whooshes in delight when I launch into rapid-fire Malayalam, our mother tongue. Back in San Francisco, Emel Mutlu, one of my very good friends, is preparing her four-year-old son Arda for bedtime; she notices me hanging out and jumps in with Arda. Emel is Turkish, and grew up in a refugee camp in Bulgaria before coming to America; now Arda is gurgling in Turkish to her, delighted by this multimedia sensory experience.

Murino decides that this is too good a party for his four-year-old brother Carlos to miss and brings him into the hangout. Soon Carlos and Arda are pointing to each other in the un-self-conscious way kids do. Mysteriously, they can communicate to each other in Turkish and Portuguese and make fun of each other’s antlers. This is a delightful playground for adults and children halfway across the world. Uniting India, America, Brazil, Turkey. Weaving together English, Malayalam, Turkish, Portuguese in one room.

All of a sudden it dawns on me that this is what they were talking about in Brindavan. That essential truth, that interconnection that all human beings share, is what we are seeing on our screens right now. The oneness of humanity.