Anthony (Tony) Robbins Kobe’s Legacy: We All Get What We Tolerate

by Anthony (Tony) Robbins: If you had the privilege of watching Kobe’s NBA farewell last night, you witnessed the final moments of a legend in action… 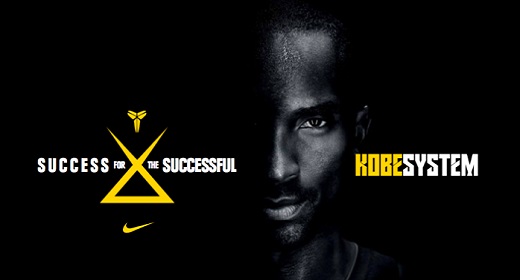 He certainly wasn’t willing to go off quietly into the night. After his 20th (and perhaps most exhausting) season, Kobe decided this was his moment to show everyone one last time exactly who is a master of his game…. Just in case anyone had forgotten.

When you see an individual demonstrate a level of mastery so specialized and so magnificent, it’s easy to think a person is just gifted.

And clearly he is.

But what made Kobe so special, and the reason I’ve used Kobe so often in my teachings over the years, is because he is the perfect example that people are rewarded in public for what they  continuously practice in private.

Kobe Bryant understood that: We all get what we tolerate.

And he wasn’t about to tolerate the final game of his career to be anything less than his best.

For nearly 40 years, I’ve worked with the best masters across industries all over the world and I’ve discovered that there are three levels to become a masterof anything.

The first level is cognitive mastery. That means, you understand it. Great. Understanding and four bucks will almost get you a Starbucks these days. But still, we need to understand. And from understanding we move up to emotionalmastery. There, we associate such remarkable rewards/consequences to that understanding, that we no longer have to think about what to do with it. We are driven to follow-through and apply what we know. Then finally, comes the third level: physical mastery. If there is consistent repetition with constant intensity, both the information and emotion take hold and it’s all wired into our bodies. Elite execution comes from complete physical mastery.

Any of us can achieve this in any area of our life if we’re truly willing to commit entirely to physical mastery. Our biography is not our destiny. Leaders are not born, they are created. We get to an elite level because we’ve done the work underneath. We get there because we RAISE OUR STANDARDS and won’t tolerate anything less than the very best. This is what it takes to be a true master.

I call it total immersion.

We could call it: Kobe Bryant.

Kobe knows the secret: Repetition is the Mother of Skill.

The guy is known for heading back into the gym for shooting practice AFTER the game is over. He’d make his teammates play him one-on-one… to one hundred! He’d show up to practice by himself at 5 AM… in high school! He counts all of his made shots in practice… and stops only when he gets to 400!

Kobe certainly worked it out. Most people – athletes, business execs, actors, singers, investors, writers, bankers, you name it – have a B.S. view of what it REALLY takes to be the best. The people who get it, the true masters, are rewarded in public what they practiced in private for a very long time.

So today, I say thank you for those deeply unreasonable standards, Mamba. What a finish – 60 points in the last game of your career? Nicely done.

See, in life –  in relationships, in sports, whatever – what people remember, is The Beginning and The End. What sticks with us is how we start, and how we finish. There will always be ups and downs in any adventure, but wow, what a Hollywood ending for the guy who began his NBA adventure 20 years ago.

My obsession and life’s work as a strategist is built on modeling the masters of the game; thanks for such a sterling example of what it takes, Kobe.