The 5 Most Important Things We Learned About Mindfulness This Year

by Carolyn Gregoire: Scientists uncovered even more benefits of meditation… 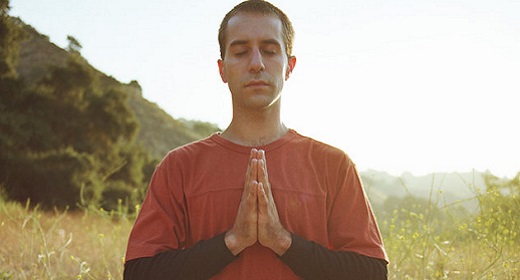 2014 may have been the year of the “mindful revolution,” but 2015 proved that mindfulness is here to stay.

The more we learn about mindfulness — the cultivation of a focused awareness on the present moment, most commonly through meditation — the more health and well-being benefits we discover. This year, researchers delved further into the science of meditation and uncovered even more surprising evidence of the practice’s powerful effects on the mind and body.

Here are the five most incredible scientific findings on mindfulness of 2015.

We figured out how mindfulness improves health.

We know that mindfulness is linked to a number of physical and mental health benefits, including reduced risk of cancer, heart disease and depression, as well as lower blood pressure and improved immune system functioning. What’s been less clear is exactly how mindfulness leads to so many positive health outcomes.

In a study published in February in the journal Current Directions in Psychological Science, Carnegie Mellon researchers found that mindfulness positively influences health via stress reduction pathways. They developed a model to show that mindfulness increases activity in the prefrontal cortex of the brain, which is responsible for deliberation and planning and which can regulate and “turn down” the biological stress response.

By better understanding the mechanisms by which mindfulness improves physical health, doctors may one day be able to develop more targeted mindfulness-based interventions.

Meditation doesn’t just make you feel good — it can actually keep you young. A study from the University of California, Los Angeles, found that the brains of long-term meditators seem to age at a slower pace than those of other people.

Brain scans revealed that these meditators showed less age-related reduction of gray matter volume. Gray matter is a layer of tissue critical to cognition and memory storage that tends to begin shrinking in a person’s 20s.

“If these are replicated results, this will be a really big deal,” UCLA neuroscientist and study co-author Dr. Florian Kuth told The Huffington Post. “This could make a huge impact.”

It’s an effective treatment for insomnia.

Before you turn to sleeping pills to treat insomnia, give mindfulness a try. Anecdotally, many people have found success using guided meditations for falling asleep, and now, research has shown that meditation really can help you get a good night’s rest.

A team of psychologists at the University of Southern California administered a six-week course of mindfulness meditation to a group of older adults with sleep troubles. At the end of the six weeks, the participants were falling asleep faster, waking up less often during the night and experiencing less daytime sleepiness.

“Mindfulness meditation appears to have a role in addressing the prevalent burden of sleep problems among older adults,” the study’s authors wrote.

People struggling with chronic pain could benefit from mindfulness practices, according to some exciting new research.

Scientists at Wake Forest Baptist Medical Center found that study participants who practiced mindfulness meditation experienced greater pain relief than those who received a placebo. And it wasn’t just that the participants said they had less pain: Brain scans revealed that mindfulness practice resulted in completely different patterns of brain activity than the placebo.

Mindfulness is good for kids, too.

Mindfulness interventions can be a powerful way to combat stress among underprivileged students at public schools.

In a recent study, researchers from Johns Hopkins evaluated the effects of an eight-week mindfulness-based stress reduction program on stress and trauma among low-income students of color at two Baltimore-area public schools.