by Anna Almendrala: There’s more to these little fungi than a trippy concert experience… 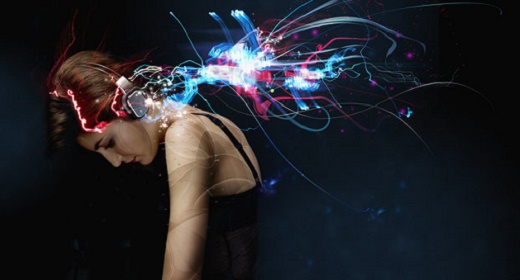 “Magic mushrooms,” the recreational hallucinogen long associated with music festivals and hippies, may also one day prove to have a powerful pharmaceutical effect for people with treatment-resistant depression.

In a small pilot study at the Center for Neuropsychopharmacology at Imperial College London, more than half of participants who took psilocybin, the active compound in psychedelic mushrooms, showed a marked improvement in their depression symptoms while also demonstrating the compound’s safety in a supervised setting.

This is the first clinical trial to use the active chemical compound in so-called “magic mushrooms” to treat major depression. If the findings are confirmed in larger studies, it could mean a change in the way we treat depression symptoms in those who don’t respond to therapy and traditional medications, like selective serotonin reuptake inhibitors.

What we knew before:

Mushrooms from the genus Psilocybe contain psilocybin, which the human body breaks down into a substance called psilocin. This psychedelic substance then crosses the blood-brain barrier and binds to a specific serotonin receptor known as 5-HT2A, creating a profound alteration of consciousness that has been described as a mystical event, a spiritual journey or simply a “trip.” Psychedelic compounds in LSD, ayahuasca and mescaline bind to this same receptor.

Human beings have been consuming psychedelic mushrooms for thousands of years because of this effect, but it wasn’t until the 1950s that scientists began examining psilocybin’s therapeutic properties in earnest.

Previous pilot studies have shown that psilocybin could be a promising new way to treat mental health symptoms like anxiety, obsessive-compulsive behavior andaddiction. Those worried about the compound’s effects on mental health needn’t worry: Research shows that lifetime use of psychedelics like psilocybin is not an independent risk factor for mental health problems.

Beyond binding with the 5-HT2A receptor, scientists don’t really understand the chemical process that leads to this psychedelic experience. It’s even less clear how having a mystical experience might produce long-term mental health benefits, but there are at least two theories, according to Dr. Stephen Ross, director of the Psychedelic Research Group at NYU Langone Medical Center. He was not involved in the study, but reviewed it.

In the first theory, the memory of the “trip” — which can be a profound and extremely meaningful experience — could have a strong psychological effect on people, lifting their moods for months at a time. Alternatively, there may be a biological explanation: It’s possible the binding of psilocin to the serotonin receptor sets off a cascade of yet-unknown chemical reactions that persist for weeks or months.

Six men and six women with chronic, treatment-resistant, moderate to severe major depression consented to take two different doses of psilocybin (10 mg and 25 mg), separated by one week. There was no control group, and the participants and in what’s called an “open label trial,” the investigators all knew that they were either taking or administering psilocybin.

During the dosing sessions, participants relaxed on a bed in a room with dim lighting and listened to music through earphones. Supervisors monitored their blood pressure, heart rate and the psychoactive effects of the compound intermittently for up to six hours after they took the pills, while psychiatrists offered support but mostly let patients have their own “inner journey,” as the study put it, without interruptions.

None of the participants experienced serious or unexpected negative side effects that required medical intervention from the dosing, though some reported mild anxiety, confusion, nausea or headache. The psychedelic effects peaked about two to three hours after dosing and then became negligible after about six hours.

Most significantly, eight of the 12 patients responded extremely well to the psilocybin, meeting the criteria for remission from depression one week after the two treatments. After three months, five of them remained in remission, while another two continued to show improvement in their depression symptoms compared to baseline. Overall, all 12 patients showed at least some improvement in their symptoms for up to three weeks after the dose.

The results seem promising, but there are some caveats. The overall positive response to the dosing treatment could in part be chalked up to the fact that the participants actively sought out the psilocybin trial and were probably expecting the medicine to work on some level, creating a bias in favor of the intervention. Indeed, five of the participants had already tried psilocybin at least once — one just six months before the experiment, others ranging from 14 to 48 years prior.

This past experience with a drug and its presumed positive effects could increase suggestibility and expectancy in people, which could affect the results. Double-blind trials in which neither patient nor therapist knows which intervention they received or administered, as well as the inclusion of a control group, could address these issues in future experiments.

These findings offer hope for the estimated 10 to 30 percent of people with depressive symptoms that what’s known as treatment-resistant depression — a condition that doesn’t respond to traditional antidepressant medication and therapy. Indeed, before the experiment, the participants reported that they had tried at least two unsuccessful courses of traditional antidepressant medication. Eleven had received some kind of psychotherapy in the past, and on average, the participants had experienced depression for about 18 years.

The chronic, relentless nature of this kind of depression is what makes the possibility of psilocybin so exciting, and if the findings are confirmed in randomized, controlled trials down the road, it would be a “historic, huge shift” in psychopharmacological treatment for depression because of how fast it worked and how long the effect endured, said Ross.

However, because the pilot was so small and did not have a control group, there’s no way to tell if the impressive and immediate improvement in depression symptoms was due to other factors in the experiment.

“You cannot conclude from this trial that psilocybin is a treatment for depression because there could be other reasons people responded, including the psychotherapy treatment [that accompanied the experimental treatment] and expectancy biases which can be part of this placebo effect,” said Ross, who is conducting his own clinical trials on psilocybin’s effects on cancer-related depression.

Still, the researchers deserve praise for creating a safe framework for psilocybin research that protects against anxiety, paranoia and long-term negative consequences, wrote Phil Cowen, a depression researcher with the University of Oxford, in an accompanying commentary in the medical journal Lancet. He also pointed out that psychedelic experiences in general are “exquisitely sensitive to individual disposition” and could vary vastly depending on who took the dose. In other words, the trips can sometimes be negative and extremely scary for some people.

“The author Edna O’Brien describes a petrifying LSD psychotherapy session with RD Laing, during which the famous anti-psychiatrist metamorphosed into a rat,” Cowen wrote. “Patients with treatment-resistant depression seeking psychological insight with a less exciting trajectory might consider the slow route offered by traditional dynamic psychotherapy.”

How this could affect you:

Psilocybin remains a controlled substance in the U.S., which means it’s illegal to buy it for personal use and very difficult to obtain for research purposes. But if the preliminary findings from this pilot study are confirmed, it suggests that patients who are screened thoroughly and properly prepared for the experience can safely take doses of psilocybin alongside psychological support in the hopes of a positive, safe experience that might decrease the symptoms treatment-resistant depression — at least temporarily.

However, a lot more research needs to be carried out before this treatment becomes a reality for the approximately 15.7 million Americans with depression. Ross estimates that it might be about 10 years before psilocybin becomes an FDA-approved mainstream treatment for depression.

The next step, the researchers write, would be to conduct a larger experiment with a control group that received just contact with a therapist and/or a placebo.