Can The Universe Expand Faster Than The Speed Of Light?

by Ethan Siegal: One of Einstein’s most famous fundamental laws is that nothing in the Universe can travel faster than the speed of light in a vacuum… 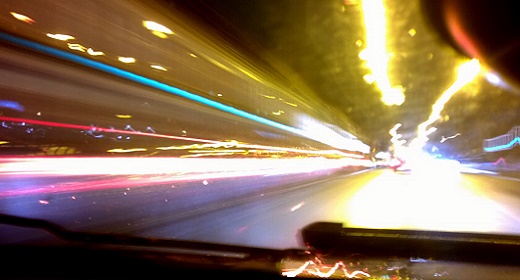 How is this possible? Let’s start with the speed of light, and what that means.

No matter where you are or what you are, there’s an absolute limit to how quickly you can move through space. You might think that by expending more and more energy, you can make yourself move faster… and while this is true, it’s only true up to a point. If you’re moving at just a few meters-per-hour, or a few kilometers-per-hour, or even a few kilometers-per-second, like the Earth does orbiting the Sun, you probably won’t even notice the barriers that exist to moving at an infinite speed. But they exist all the same, however subtly. You see, the faster you move — the greater your motion is through space — the slower your motion becomes through time. Imagine that you were completely at rest on the Earth’s surface, and you had a friend that began with you, also at rest, but then took off in a jet to speed around the world. Before you and your friend depart, you both synchronize watches, down to the microsecond.

If you had a timepiece that was sensitive enough, you’d find that — when your friend completed their journey and returned to you — your watches were just slightly out of sync with one another. Your watch would display an ever-so-slightly later time than your friend’s, likely by only tens of microseconds, but different enough that a precise measurement would be able to tell them apart.

And the faster you go, the more pronounced the difference becomes.