What We Do (And Don’t) Know About Dark Matter

by Hossam Aly: What is dark matter? 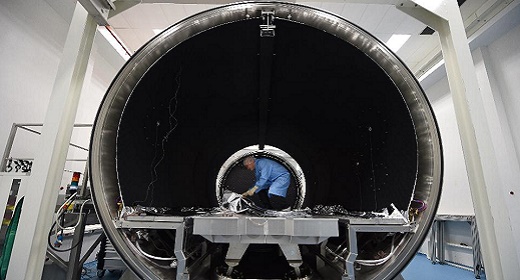 Here’s what we know about dark matter:

We are able to deduce the dark matter density profile from rotation curves for many galaxies, including our own. In a few cases, we’re able to map dark matter halos using gravitational lensing (check out the bullet cluster), which I think is the best evidence we currently have for dark matter.

We know dark matter decoupled from radiation a lot earlier than Baryonic matter did (the latter happened at the moment of last scattering, when the universe became transparent for the first time 380,000 years after the Big Bang). This allowed it to collapse and form structures and over-densities that were the bed for galaxies to form afterwards. If you’re into cosmological simulations you’d know it’s impossible to form galaxies that early in the history of the universe with feasible properties without dark matter. We know that dark matter forms a sort of cosmic web of filaments and sheets that intersect at nodes where galaxy clusters form. We know that it’s impossible to reproduce the observed acoustic peaks in the power spectrum of the Cosmic Microwave Background without dark matter.

Here’s what we don’t know about dark matter:

What it actually is.