A Buddhist Call To Action Against The Suffering Of Racism

by Tara Brach and Anurag Gupta: Buddhist teachings are grounded in principles of interdependence, non-separation, and reverence for life, supported by practices of mindfulness and compassion… 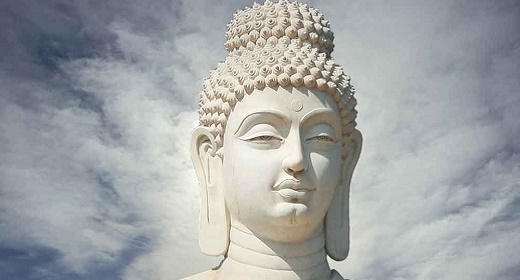 Yet, as has happened in every religious and spiritual tradition, ignorance influenced by narrow cultural biases can hinder the deep wisdom from flowering. In our culture, this ignorance is often due to the invisible advantage of white privilege, what Wellesley professor Peggy McIntosh calls “a set of unearned assets that a white person in America can count on cashing in each day but to which they remain largely oblivious.” White privilege is the conscious and unconscious sense of entitlement that many white people consider the norm. It is also the ignorance ofunconscious bias, based on ingrained habits of white preference that affect the way people reason and make decisions. Lastly, it is the ignorance—or denial—of a deeply violent U.S. history that has institutionalized racial bias in every facet of American life, from education and health to criminal justice, housing, and media representations. It is this same ignorance that unfortunately underlies a sense of denial and separation in our own Buddhist spiritual communities and prevents the arising of wholesome action for our collective healing and freedom.

As one of the fastest growing faith traditions in the United States, Buddhist communities have been struggling with addressing the pain and harms of racism in our communities. Although some practitioners have been asking for more ethnic and cultural diverse body of teachers, the vast majority of Buddhist teachers who teach in English remain White. While some Buddhist traditions are beginning to create affinity groups for people of color, the validity and need for such affinity groups has been questioned by many White Buddhists. And though we are living in highly racialized times – with ongoing killings of innocent African-American citizens at the hands of police, overt bigotry towards Latinos, and outright condemnation of Muslims – most of our White Buddhist teachers rarely acknowledge these realities in their teachings.

However, inspired by many of our teachers of color, some American Buddhists are starting to apply the teachings of the Buddha as a way to become increasingly aware of the ignorance and suffering caused by racism. Some of these communities have begun undertaking specific efforts to investigate and understand the causes and conditions that create the separation of racism in our individual and collective lives. Last May, 125 American Buddhist leaders of every color and tradition convened at the White House for the First White House Buddhist Leadership Conference. At this gathering, Buddhist leaders presented President Obama with a Buddhist Statement on Racial Justice.

The following month, after nine people were gunned down while praying in a church in Charleston, South Carolina, Buddhists for Racial Justice (BRJ) was formed, a national network of Buddhist practitioners and communities. BRJ’s Call to White Buddhists for Racial Justice was developed in hopes of inspiring and activating White Buddhists to create truly inclusive spiritual communities for all people and to respond on the basis of Buddhist principles to the racial hatred still being propagated in our nation.

We are now excited to announce that a complementary “Buddhist Practitioners of Color Call to Solidarity for Racial Justice.” This innovative invitation speaks to the experiences of all people who identify as people of color: First Nations, Aboriginal, and indigenous people; people of African and Latino/a ancestry, and people from the Middle East, East, Southeast, South Asia, and the Pacific Islands. It seeks to call attention to what is missing in many of our communities by establishing contexts for information-sharing and collaboration, and by creating spaces that allow people of color to speak openly about their experience, without fear, judgment, shame, or denial.

The Call’s deepest intention and aspiration is to invite people of color who are involved in various Buddhist lineages to:
• Use the practices to become aware of and heal from the internalized oppression of racism and its impact on our relatedness with ourselves and to one another;
• Discover, support, and collaborate with one another through resource sharing for racial justice and healing;
• Bridge the separation that has historically existed within our very diverse communities;
• To bring about justice by recognizing the interdependent systems that fuel the conscious and unconscious racism that ravages communities of color and our planet.

The release of the Call to Buddhist Practitioners of Color is a landmark occasion to engage spiritual communities in one of the most important issues of our time. It was carefully crafted by a multi-lineage, multi-racial group of Buddhist practitioners of color to establish the much-needed conditions of safety, reconciliation, and healing for communities of color, Buddhist and non-Buddhists alike. The Call’s inclusive language and aspirations can be applied in all faith traditions, and it has the potential to transform the course of national faith-based organizing for racial equity and justice. We hope this Call, along with the Call to White Buddhists, will inspire all of us and seed action rooted in principles of compassion, reverence for life, and non-violence to heal the trauma of racial injustice and transform all faith communities into being truly inclusive and welcoming for all.