Signs Of Kundalini Activation And How To Handle It

We see this fairly often, a person goes through an intense spiritual or transcendent experience, and afterwards they begin having some very strange things happen to them… 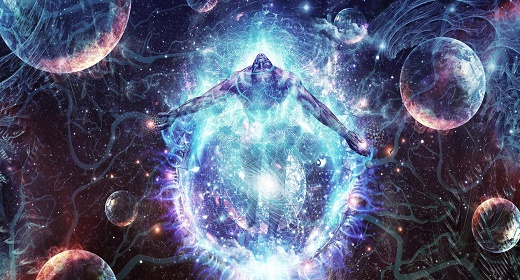 They may start having sensations of intense heat or energy flowing through their body. They may start hearing tones, often very high-pitched. Their body may begin to feel like it’s vibrating, or they may feel pressure in their forehead. It’s common for people to believe they’re going insane or even dying when this stuff starts to happen, but don’t worry, all this is actually quite normal for a being who has chosen to raise their Consciousness, and it’s called Kundalini activation.

Now the term Kundalini itself is tied up with the various Hindu religions and also a number of Western mystery schools. As such, there’s a lot of conflicting beliefs about Kundalini and a lot of people who will tell you the “right” and “wrong” ways of going about it. I’m going to steer clear of all that stuff as much as possible, and simply share what I can confirm from my own experiences.

The first thing to understand is how the chakras work. There are seven main chakras that are aligned with your spine. One at the very base of your spine (root chakra), one a little below your belly button (sacral chakra), one a little above your belly button (solar plexus chakra), one in the center of your chest (heart chakra), one in your throat (throat chakra), one in your forehead (ajna chakra or 3rd eye), and one at the very top of your head (crown chakra). Each chakra corresponds to something different, for example the throat chakra has to do with communication, among other things. There’s a number of websites that do an excellent job explaining which chakra corresponds to what so I wont bother going into detail here (here’s one such website: http://www.poeticmind.co.uk/wellbeing/chakras-and-dantien/ ).

In addition to the seven main chakras, there’s hundreds, if not thousands more chakras all over your body. The main chakras are normally the easiest to get in touch with at first, though the ones in the palms of your hands and in your feet shouldn’t be too hard to feel either. If you align your palms facing each other, and hold them a few inches apart, you may be able to feel your palm chakras right now.

Now the chakras don’t function independent of each other, they’re all connected. Even in a very unaware person, they’re at least open a little bit, if they weren’t the person would be dead. The chakras themselves are connected to each other through energy channels called nadis, and these energy channels, along with the chakras themselves, make up what’s known as the subtle body, energetic body, or light body.

While everyone has an energetic body, it’s clear that not everyone is aware of it, so why is that? For most people, the energy flowing through their bodies is just a trickle. Enough to keep them from dying, but not enough for them to truly Live. Their chakras have become blocked up, gunked up with emotional baggage, fears, and beliefs of limitation. These constrict the energy flow between chakras, and hence for the whole Being, and also manifest as physical disease.

I mentioned before that the throat chakra has to do with communication, and as such it’s blocked up by things like not expressing yourself, letting people walk all over you, that sort of thing. Past fears and childhood trauma may have caused a person to be afraid to truly express themselves, and these things need to be healed to have a healthy and full functioning throat chakra. It’s a similar healing process for the other chakras, though different too as each chakra deals with different aspects (refer to link I gave above).

So what exactly is Kundalini? There’s some differing opinions there, some personify Kundalini as a Goddess, but I’m going to focus upon Kundalini as a process. It’s a process of energetic clearing that ultimately leads to having a fully functioning chakra system. Traditionally, it’s supposed to start at the root chakra, and work it’s way upwards through each chakra, but from my experience and from a few others I’ve talked to, it started at the crown chakra and worked it’s way downwards. I’ve heard of it happening both ways.

The Kundalini process can be ridiculously intense. It’s been described as a freight train running up your spine, and I can personally vouch for that description. For a person that doesn’t really understand what’s going on, it can be very frightening. My biggest recommendation is to not resist the process. Trust that the process will bring you what you are ready for. Resistance makes things ten times more difficult, and can result in a very painful and fearful process.

As I went through Kundalini activation, I noticed many changes. My physical sense became much more sensitive, gone was my previous tunnel-vision, and for a while load noises that didn’t used to bother me became a bit painful. At one point, it was like the whole outer world was reborn anew. What was previously mundane and boring became miraculous, life was suddenly full of adventure and child-like wonder again. The subtle feelings that were at first difficult to get in touch with began to integrate into every aspect of my life. My empathic connection to others was enhanced enormously, and I could probably go on and on and on about all the other changes.

For many, most of what I’ve mentioned here probably isn’t anything new. This stuff isn’t exactly hidden knowledge among spiritual groups anymore. For others though, it’s my intention that this helps them to understand what’s going on and to remove some of the fear they may be having.